It was 22 years since her last sip of victory wine but 45-year-old Andrea Schoepp, whose middle name must be Perseverance, completed an amazing return to the Ford World women’s curling throne room Sunday afternoon. 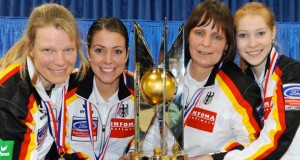