After getting off to a slow start, Canada’s Youth Olympics curling team rattled off four straight wins to capture the Consolation Event at the John Shea Insurance OVCA Junior Superspiel in Ottawa this weekend. 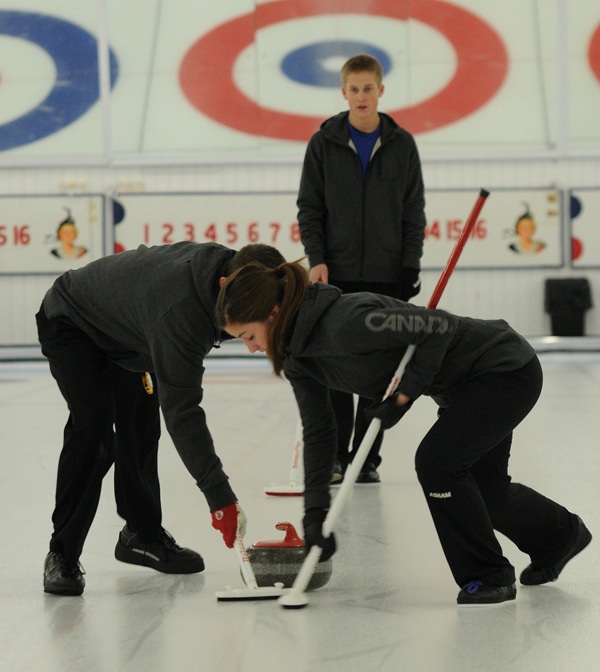 The team, consisting of skip Thomas Scoffin of Whitehorse, third Corryn Brown of Kamloops, second Derek Oryniak of Winnipeg, and lead Emily Gray of O’Leary, fought back from three losses on the first day of competition and battled their way through the consolation round. The Youth Olympians notched up two wins on Saturday and another on Sunday morning against a tough RCN (Navy) Curling Club (Ottawa) team skipped by Kimberly Gannon. The teams exchanged single points and steals until an extra end, when Scoffin made an out-turn hit and stick for the point to win – sending Team Canada into the semi-finals. In a rematch against Lyon-Hatcher (they battled in the second game of the event), Team Canada blanked one and scored their deuce in the second. “It was a great game,” reports coach Helen Radford. “Both teams played well and the opposition made some nice run-backs.” In a scary fourth end, skip Scoffin made a triple take-out followed by a perfect draw to score one point and save the end. A solid deuce in the sixth forced Lyon-Hatcher to blank the seventh. Team Canada took control, defending the eighth and running their opponents out of rocks for the 5-3 win. 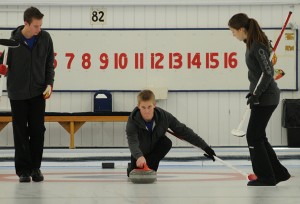 In the final against Huntley’s Evie Fortier, Team Canada blanked the first, then traded singles until the fifth, where they scored a big three points to take a 5-2 lead into six. Fortier battled back, but Team Canada was ready for them, snatching the win with a steal in eight, and another steal in the extra end. Coach Helen Radford was proud of her young foursome. Scoffin, Brown, Oryniak and Gray were selected for Team Canada last March and have been training on and off the ice with Radford and other high-performance coaches in preparation for the 2012 Youth Olympic Games to be held in Innsbruck, Austria, this February. The JSI OVCA Junior Superspiel gave them their first opportunity to play in a competitive event against very accomplished teams. “After starting the weekend at 0-3, the team gained momentum and rattled off four wins in a row,” she said. “The team showed a lot of determination and worked really well together all weekend.” More news about Canada’s Youth Olympics Team: Lead Emily Gray has been documenting her Team Canada journey in her regular column for the Canadian Curling Association, Youth Olympic Dreams.