Lawton Prepares to Take on the World

Over the course of more than a decade of serious curling, Stefanie Lawton has had more than her fair share of success.  But, for the most part her success has come in Canadian competition. 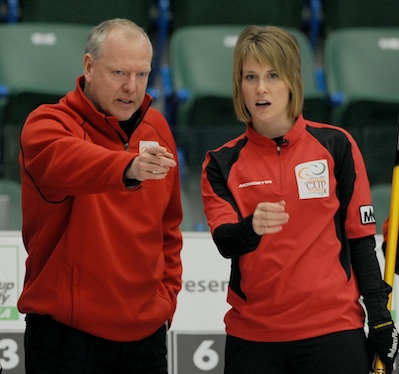 Representing Saskatchewan in four national junior championships, Lawton’s first experience at the international level came in 2000 when she skipped Team Canada to a silver medal at the World Junior Curling Championships in Geising, Germany. Eight years later, she was part of Team North America for the Continental Cup – and is coming back again to take on Team World in the 2012 World Financial Group Continental Cup of Curling, January 12 – 15 in the Langley Events Centre. Lawton represented Saskatchewan in the 2005 and 2009 Scotties Tournament of Hearts and came close to a third appearance last year, losing to Amber Holland in the final of the province’s Scotties playdowns.  But, as one of the strongest skips in the game, you can be sure she’ll be back to battle for a shot at the Ford World Women’s Curling Championship. The new Season of Champions schedule starts off at the 2011 Capital One Canada Cup where the Saskatoon skip, along with Sherry Anderson, Sherri Singler and Marliese Kasner, will defend their 2010 title.  A victory in Cranbrook would earn Lawton the distinction of becoming the first three-time female winner in event history. “You Gotta Be There” for the World Financial Group Continental Cup of Curling in the Langley Events Centre – featuring the finest players in the game.  Click here to get your tickets now.