The Brier’s Already on the Ice in Saskatoon

The clock is still ticking in the countdown for the launch of the 2012 Tim Hortons Brier.  But signs of the upcoming men’s national curling championship – March 3 – 11 in Credit Union Centre – are showing up in clubs all across Saskatchewan. 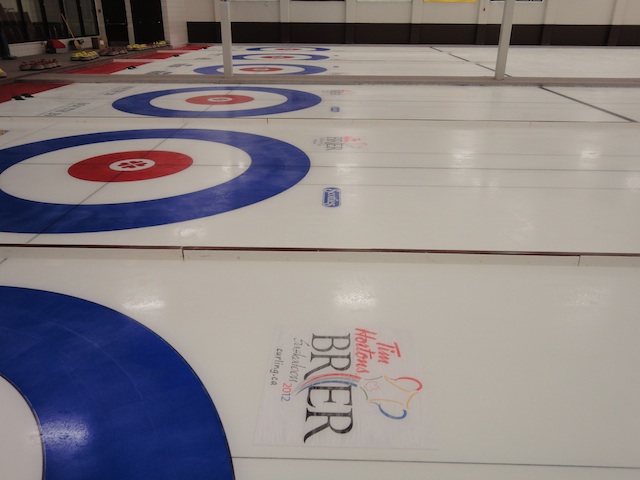 Back in September, the Host Committee introduced a competition to encourage local curlers to embrace the spirit of the Brier Tankard’s sixth visit to Saskatoon, distributing in-ice logos and posters to every club in the province. The results are in and the hometown Sutherland Curling Club wins first prize in a random draw.  The club, which has imbedded the event logo in the ice surface of every sheet, receives a pair of Full Event passes to the Brier for its promotional efforts. The committee thanks every club that took part in the promotion… and they’re open to suggestions that will help spread the excitement of the most legendary event in championship curling. If you have any ideas that will make this year’s Brier the best one ever, please send them on to Morgan Isaak at the Event Office – by phone at 306-649-2012 or email at [email protected] “You Gotta Be There” for the 2012 Tim Hortons Brier in Credit Union Centre.  You can still get your pick of the best seats in the house just by clicking here.