The Manitoba women’s curling scene has been dominated in recent years by Jennifer Jones and her powerhouse team from Winnipeg, but there’s another Manitoba foursome that’s making a legitimate push for a share of the glory, and Kristy McDonald is a big reason why. The long-time skip joined forces with up-and-coming Chelsea Carey a couple of seasons ago, stepping back to third, and since then, the Carey team has racked up a pile of cashspiel winnings, and established itself as one of the top women’s teams in the country. 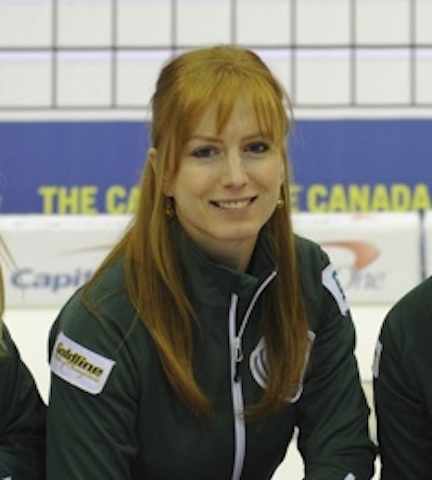 The team, rounded out by second Kristen Foster and lead Lindsay Titheridge, turned even more heads earlier this month by finishing first in the round-robin portion of the standings of the Capital One Canada Cup of Curling in Cranbrook, B.C., before losing the championship game to Jones. Still, the $16,000 runner-up cheque was a nice consolation prize, not to mention the valuable experience the team picked up along the way. McDonald (formerly Jenion) made her first impact on the national curling scene by skipping Manitoba at the 1996 (at Edmonton) and 1999 (at Kelowna, B.C.) Canadian junior championships, and since then has been an annual contender at the Scotties Manitoba women’s championship, finishing second on three occasions — including last year’s title-game loss to Cathy Overton-Clapham — and claiming provincial all-star skip honours in 2005 and 2009, and all-star third last season. The Carey team claimed its biggest victory last season in its hometown, capturing the Grand Slam Manitoba Lotteries Classic title. McDonald is an all-around athlete; as a teen, she competed in the Canadian synchronized swimming championships, and also played in several national softball championships as a pitcher. Birthplace: Winnipeg Hometown: Winnipeg Curling Club: Morden CC, Winnipeg-Granite CC Current Team: Team Chelsea Carey Position: Third Delivery: Right Nickname: KJ, Kaje, Postie, McJenion Quick Hits with Kristy McDonald Do you have any superstitions? “I make an effort NOT to be superstitious, but sometimes I try to keep my routines the same, just so I don’t test fate too much.” Three people, living or not, whom you would invite to a dinner party. “Chef Chuck Hughes (for the cooking), Barry Weiss (of Storage Wars, for the stories), Neil Harrison (for the sing-along).” If you could be a star any other sport, what would it be, and why? “Golf. It’s sometimes easier to be a one-person show.” If you could change any rule in curling, which one would it be, and why? “I don’t know; I’ve never thought about it, really. I just go with the flow.” What music, if any, do you like to listen to before a game? “I like everything, heavy metal, country, rap, dance, classical, new age — I’ve tried it all and I find the classical and new-age stuff is better for me prior to a game. It keeps me calm and centred. Silly, funny music, dance stuff, it’s good for me, too. Really aggressive music just doesn’t help me; it may work for others but not for me.” Favourite: — Website? “Can’t pick one, no way.” — Order from Tim Hortons? “Hot chocolate, I guess?” — Vacation destination? “Las Vegas, nothing comes close.” — Junk food? “Potato chips are my kryptonite.” Do you have any pet peeves? “Straight ice, airline taxes and luggage charges, running out of hot water, bad perfume, bad gamesmanship.” Person who had the most influence on your curling career.  “Dad!” First thing on your Bucket List? “Open a boutique.” Favourite pastime between draws at cashspiels? “Googling whatever I want, TV, napping.” Mixed doubles in the Olympics — thumbs up? Thumbs down? And why? “Terrible idea. Might as well bring the ski ballet event back if mixed doubles is being considered.” One thing most people don’t know about you?” “I’m kind of out in left field, a bit of a daydreamer — I often think outside the box. I’m creatively inclined and like to ‘stop and smell the roses.’ I’m not a Type A at all. A lot of people who have seen me curl and think I’m super-serious, aggressive and logical, but I’m really not like that outside the rink.” Your ideal shot to win an Olympic gold medal: “Throwing a peel probably is the best scenario hahaha!” 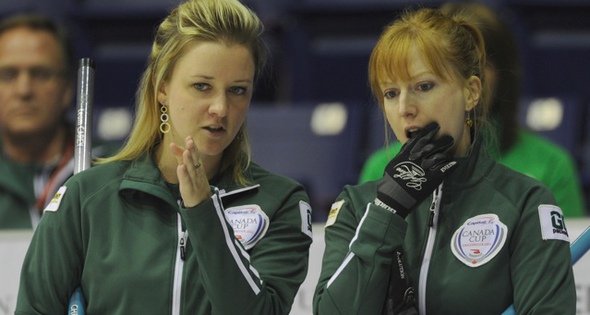