Sarah Fullerton has amassed a collection of awards and championship trophies in her fifteen years of curling – and she’s still a junior. This eight-time Prince Edward Island junior champion was the runner-up in the 2011 Atlantic University Curling Championships (skipping the University of P.E.I. team) and tied for fourth at the 2011 National Junior Curling Championships, improving from sixth place in 2010. 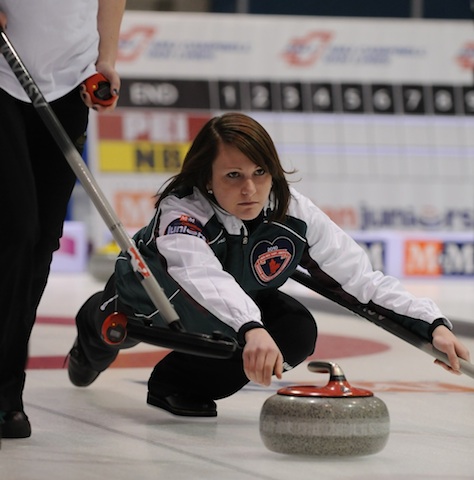 Fullerton, who curls out of the Cornwall Curling Club when she’s home, and the Charlottetown Curling Club when at school, won the Under-18 Atlantic Curling Championship in both 2008 and 2009. She also represented P.E.I. at the 2007 Canada Winter Games. Her awards include P.E.I. Curling’s “Junior Female Athlete of the Year” in 2009 and 2010, P.E.I. Curling’s “Team of the Year” in 2008. As well, she was the recipient of the Curl Atlantic Joyce Myers Education Trust Fund Scholarship in 2010 and 2011. Like many curlers, her participation in the sport extends beyond her own game. She’s a certified Level 2 coach and has worked with the junior curling program at her home club in Cornwall, as well as coaching junior teams in provincial playdowns. She’s instructed at summer curling camps on P.E.I, as well as presenting at High Performance Curling Camps on P.E.I. And she was one of the guest speakers at the 2011 Under-18 Atlantic Curling Championships. This season, Fullerton and her team of Michelle McQuaid, Sara MacRae, and Hillary Thompson will be representing Prince Edward Island at the M&M Canadian Junior Curling Championships in Napanee, Ontario. “My team and I are looking forward to returning to the nationals again this year,” she said after winning her provincial championship in early January at the Charlottetown Curling Club.  “It’s great to have the opportunity to represent our province again and we hope to improve on our past performances.” And in among all that curling, Fullerton is a third-year Biology student at the University of Prince Edward Island, where she maintains Dean’s Honour List standing.   Birthplace: Charlottetown, P.E.I. Hometown: Cornwall Curling Club: Cornwall Curling Club/Charlottetown Curling Club Current Team: Team Fullerton Position: Skip Delivery: Right Nickname: Fully Quick Hits with Sarah Fullerton Do you have any superstitions? “Not really, but if my team gets on a winning streak, I try to stick to the same routines.” Three people, living or not, whom you would invite to a dinner party. “My grandfather, Sandra Schmirler and Terry Fox.” If you could be a star in any other sport, what would it be, and why? “Freestyle skiing because it is one of my favorite sports to watch during the Olympics.” If you could change any rule in curling, which one would it be, and why? “That your clock doesn’t keep running during time-outs because it’s nice to use your time-outs if you are short on time at the end of a game.” What music do you like to listen to before a game? “Anything that will motivate me and get me pumped up!” Favourite: … Website?  “Facebook” … Order from Tim Hortons?  “Café mocha” … Vacation destination?  “Australia” … Junk food?  “Popcorn” Do you have any pet peeves? “When people say that curling shouldn’t be classified as a sport; People cracking their knuckles;  Snorers; Complainers.” Three things you always travel with? “My Blackberry, wallet and iPod.” First thing on your Bucket List? “I would really like to go skydiving!” Favourite pastime between draws at spiels?  “I like watching other draws or just going back to the hotel room to relax.” One thing most people don’t know about you? “I hope to become an Occupational Therapist.” What is the biggest misconception about curlers? “That we aren’t athletic.” Your ideal shot to win an Olympic gold medal: “Draw to the four foot.” 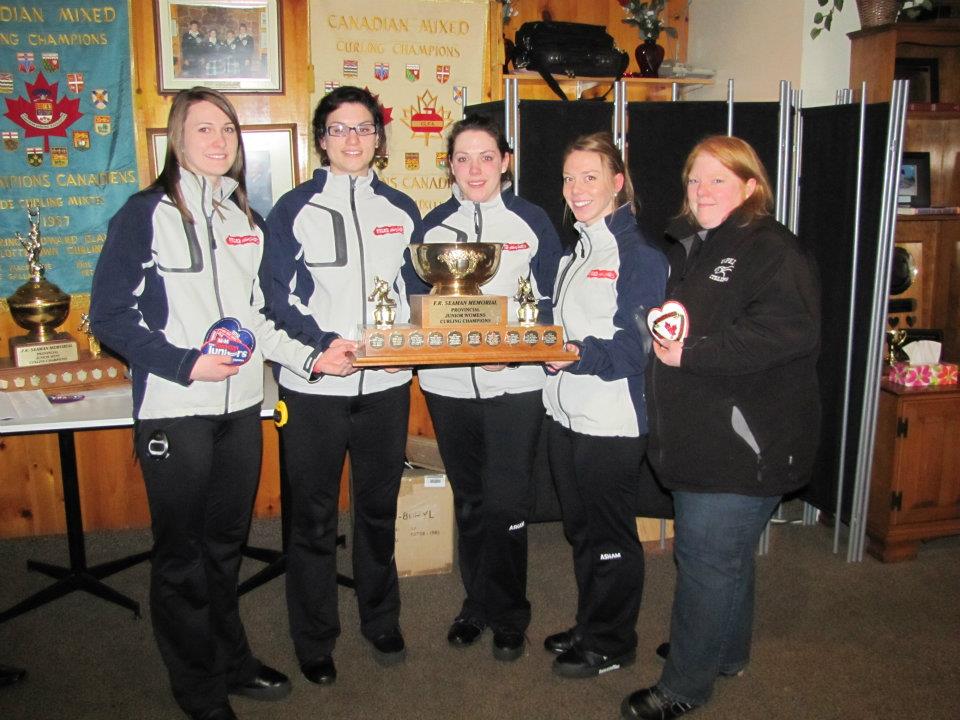