Mike Gaudet, as the newly crowned P.E.I. provincial champ will be “Runnin’ Back to Saskatoon” for the 2012 Tim Hortons Brier. 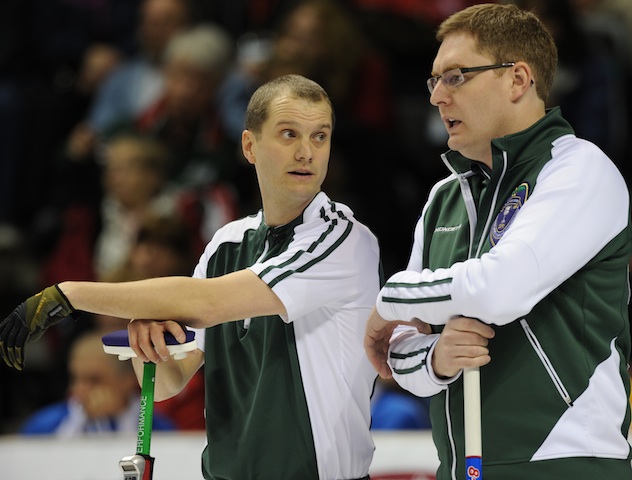 It’s appropriate that he was born the same year that the popular prairie anthem hit the charts, and it would definitely win the newly crowned P.E.I. provincial champ points if he learned the lyrics and sang the song in the Brier Patch. The last time Saskatoon hosted the men’s national shootout was 2004, and Gaudet was part of the field as skip of the Prince Edward Island team that finished with a 2-9 record. The thirty-nine year old Summerside native hopes for a better finish after capturing the 2012 Men’s Tankard Provincial Championship on January 30 at the Cornwall Curling Club. He and his Charlottetown Curling Club crew of Tyler MacKenzie, Tyler Harris and Sean Clarey downed club mate Brett Gallant, 7-5 in an exciting finish to the five-day competition. Tied at 5 apiece after nine ends of play, Gaudet engineered a decisive score of 2 in the final frame for the win. Gaudet, who qualified out of B flight action, earned the free trip to the final after serving Charlottetown’s Rod MacDonald his first loss of the tourney in Sunday evening’s 1 vs. 2 Page playoff by a score of 9-4. At the same time, Gallant and his team of Eddie MacKenzie, Anson Carmody and Alex McFadyen needed an extra end to subdue Charlottetown’s Robert Campbell by a score of 6-5 in the 3 vs. 4 Page playoff. Gallant, the 2009 Canadian junior champ, showed his mettle in Monday afternoon’s semi-final game against Brier vet MacDonald and his support crew of Kevin Champion, Mark O’Rourke and Andrew Robinson. Trailing 6-3 after eight ends, the feisty Gallant foursome roared back to score 2 in the ninth and steal 2 more in the tenth for a 7-6 victory. That win set the stage for the championship finale, and as we now know, no one has to “Guess Who” won that game. 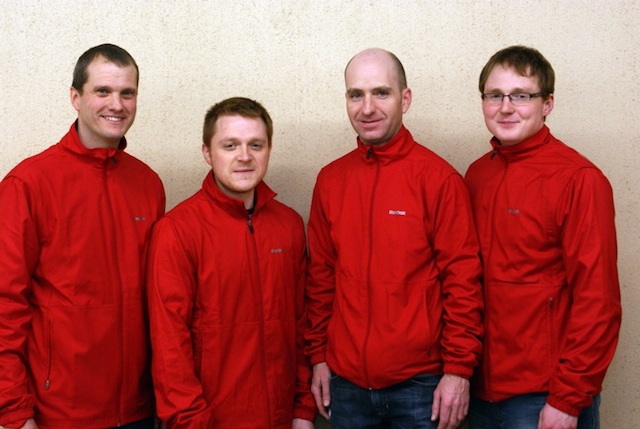