Around the House: Dawson Curling Club celebrates 113 years of the International Bonspiel

They’ve been mining gold in Dawson City, Yukon, since the 1890s, and they’ve been curling in Dawson for at least that long. It wasn’t long after prospectors George Carmack, Dawson Charlie and Skookum Jim discovered gold in Bonanza Creek in 1896, that the burgeoning town of Dawson City established a curling club. 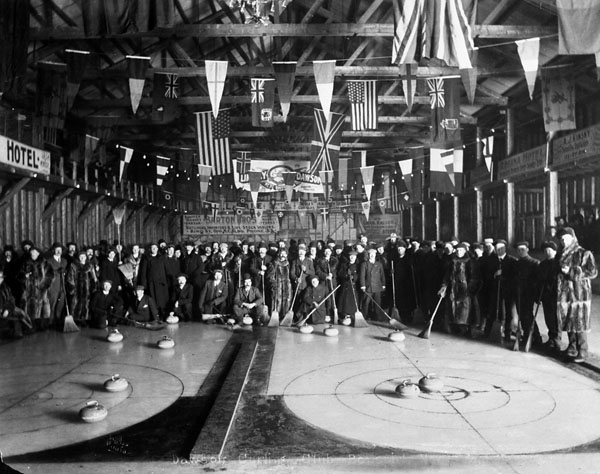 “The first rink was built on a slough in the south end of Dawson City,” says long-time club member and current Club President Akio Saito. “[It consisted of] a light wooden frame, covered by canvas and accommodating two sheets of ice, and a dressing room.” Small beginnings, but by 1907, the Royal Caledonia Curling Club, the Scottish voice of all things curling at that time, had declared the Dawson Curling Club to be second largest in the world. And by 1909, the club had expanded to a four-sheet facility with a steam-heated spectator room to accommodate all 143 members. These days, curling in Dawson is facing the same challenges that confront other small-town facilities. With a year-round population of only 1900 to draw from, the curling club has seen its membership numbers drop thanks to the challenges of the current economic situation and the availability of other choices for winter activities – both outdoor and indoor. This season, the approximately 45 members participate in four nights of curling weekly on two sheets of natural ice: that includes two nights of open curling, and one each for a fixed team and women’s league. 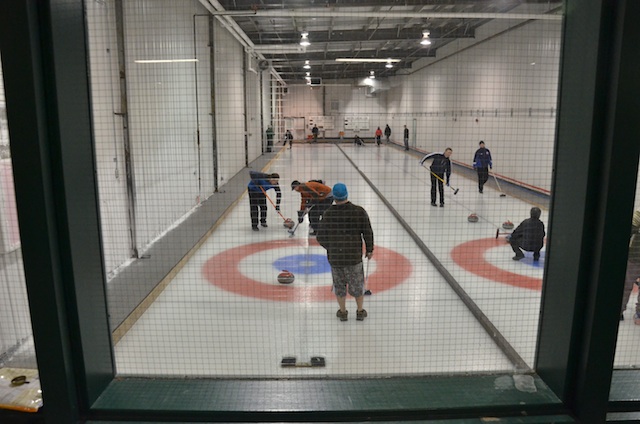 But reduced membership numbers haven’t stopped the intrepid curlers of Dawson from hosting their annual “International Bonspiel” this season – for the 113th consecutive year. The “international” label comes from a trend during the 1930s and 1940s for curling teams from Alaska to hop the border into the Yukon, brooms in tow, ready for competition and the socializing that goes with it. “Attracting more out-of-town participation is proving extremely difficult,” says Saito. “In recent years the club has concentrated on generating local participation.” Teams from Dawson as well as other Yukon communities play in four events, with a guarantee of three eight-end games and prizes for the winners in each event. With sixteen teams scheduled on two sheets of ice, curlers can expect a lot of curling – as well as two breakfasts, a Saturday night Chili Supper and a closing banquet with prizes on Sunday. In short, a typical small-town bonspiel. Yes, it’s a lot of work for a small club like Dawson, but Saito isn’t daunted. 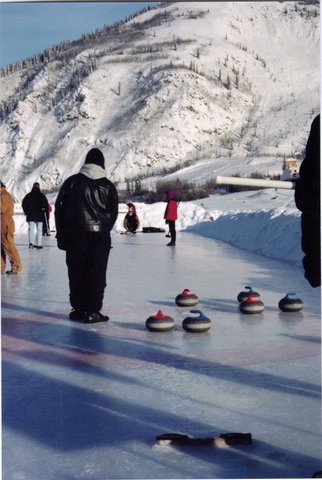 “As with most volunteer-dependent groups, the event depends heavily on a dedicated core group,” he says. “However others come through during the event.” Keeping the bonspiel going annually is important to Dawson’s curlers, but during the 2000-2002 seasons, they faced a dilemma when the club building was undergoing renovations. “In order to ensure continuity of the International Bonspiel, the Club hosted the 2001 and 2002 bonspiels on the Yukon River. Two sheets of curling ice were laid out on the river ice. Two heated tents served as our lounge and change facility. Kool-aid powder was used to paint the rings, and string used for the lines,” says Saito. Although the outdoor version was extremely popular, the amount of work required to prepare the ice made it difficult for volunteers to maintain. Curlers have asked Dawson CC to hold the event outdoors again, but with volunteers already committed to keeping their curling facility going, there just aren’t enough hands to go around. It may be a small club, but in this small northern community, it still has a role to play, and not just during the winter as a curling facility. Once a month, the club hosts a fundraising event, on the ice during the curling season and off-ice during the summer. But Saito isn’t daunted. Yes, numbers may be low, and it may be a challenge to keep the International Bonspiel on the ice annually, but that just means that “we, as a club, have to work harder. Dawson volunteers are doing their part.” 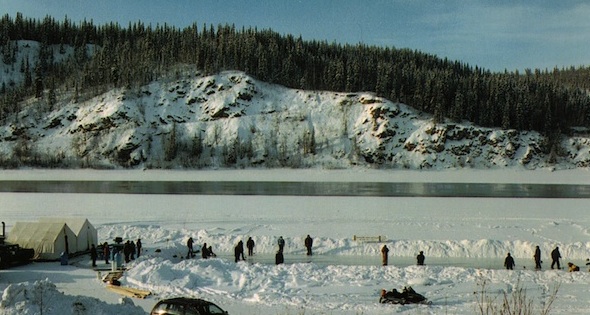