The 2012 Canadian Interuniversity Sport and Canadian Curling Association championship for university curlers across Canada got underway on Wednesday, March 14, at the Welland Curling Club. 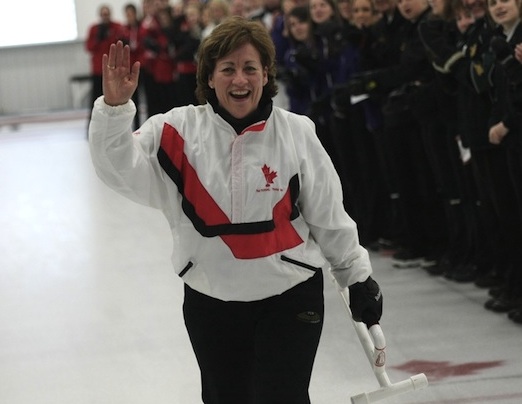 Two-time World Champion Marilyn Bodogh threw the first rock to open the championship featuring eight men’s and eight women’s teams. OUA women’s curling teams got off to a strong start in the first draw, with Laura Crocker (Wilfrid Laurier University), Caitlin Romain (University of Western Ontario), Clancy Grandy (University of Guelph) and Joanne Curtis (Brock University) all winning their first games. Big ends of 4 and 5, as well as a steal of 2, helped Wilfrid Laurier’s Crocker to a 14-7 victory over Erin Porter of the Memorial University Sea-Hawks, from St. John’s, Newfoundland and Labrador. Crocker comes into the tournament as last year’s winner, as well as the gold medalist at the 2012 World University Curling Championship held in Karuizawa, Japan, in January. Brock University Badgers, skipped by Joanne Curtis, stole their way to a 13-3 win over Anita Casey and her Saint Mary’s Huskies team from Halifax, Nova Scotia. Facing stolen deuces by Brock in the first two ends, as well as a total of 5 stolen points in the fifth and sixth, Casey was unable to climb back into the match. UWO’s Caitlin Romain got off to a slow start against the University of Manitoba’s Alyssa Vandepoel, trailing 4-1 after five ends. But taking control of the scoreboard, Romain scored 2 in six, 3 in eight, and a huge 4 in ten to seal the victory. Guelph Gryphons, skipped by Clancy Grandy, battled it out with the University of Alberta’s Kelly Erickson, trading deuces in a game that was close until the sixth. Grandy broke the game open with a score of 2 in seven and a steal of 1 in eight, for a 7-4 lead heading into the final two ends. Forcing a single from Erickson and scoring a single in the tenth, the Gryphons earned their 8-5 win. On the men’s side, Brock, Alberta, Waterloo and Manitoba were all victorious on opening night. Alberta is led by the 2012 Canadian Junior Champion and 2012 Junior World Champion Brendan Bottcher (Sherwood Park, AB). Leading the OUA Champion Waterloo Warriors is 2010 Canadian Junior Champion Jake Walker (Minden, Ont.) who defeated 2009 Canadian Junior Champion Brett Gallant (Charlottetown, PEI) from the UPEI Panthers 7-3 in the opening draw. Action at the CIS/CCA University Curling Championship continues at the Welland Curling Club until the finals on Sunday, March 18. Live score and stats can be found at: https://www.curling.ca/championships/university/scores-and-standings/ Draw One Results Men – (Final) Manitoba 6, Winnipeg 4 Alberta 9, Carleton 4 Waterloo 7, UPEI 3 Brock 6, Acadia 3 Women – (Final) Guelph 8, Alberta 5 Western 10, Manitoba 7 Laurier 14, Memorial 7 Brock 13, Saint Mary’s 3 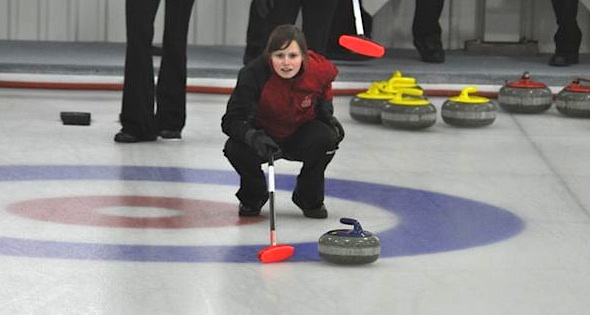