Heather Nedohin said so herself. “Nobody is going to go through this without a loss so it doesn’t surprise me that we aren’t going to do it, either.” The Team Canada skip was talking, of course, about the latest rendition of the Ford World Women’s Curling Championship, an event in which nobody ever has emerged with an undefeated record. 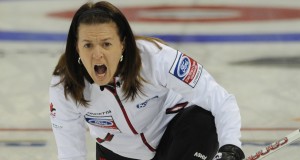