Around the House: One Curling Club, Two Big Events

Lots of curling clubs host bonspiels, right?  The process is simple: advertise for teams, stock the bar, arrange the food, organize the prizes and entertainment, maybe do a bit of decorating, and you’re all set to go. 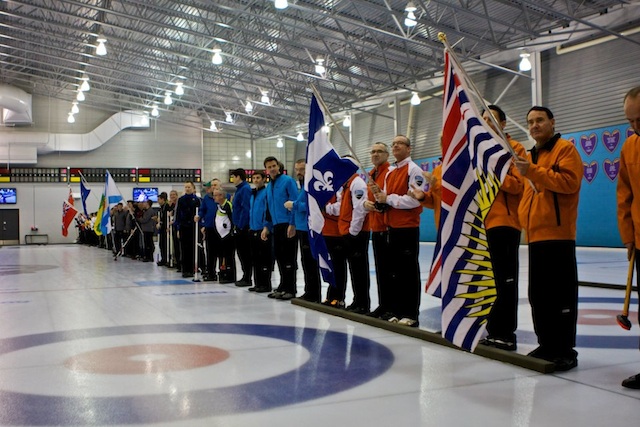 Now, try that again, only this time, incorporate not one, but two events – two really big events. The Vancouver Curling Club, as of this season, makes its home in the facility that hosted the Vancouver 2010 Olympic and Paralympic Winter Games curling competitions – a bright, modern, accessible building with eight sheets of ice. The club itself has been around since 1912 and boasts its share of provincial championships to go with those Olympic medals. The VCC is also home to the Pacific Rim Curling League (PRCL), featured earlier this season in a story, “A Match Made on the Ice: Canada’s GLBT community has embraced the sport of curling.”  In February, PRCL hosted the 29th Annual Pac Rim Cup, a bonspiel attracting teams from Vancouver, Calgary, Winnipeg, Toronto, Ottawa, Montreal and San Francisco. “Online registration for the 32-team event opened at midnight on December 1, 2011,” says Clayton Bergquist, co-chair. “By 12:05 am, six teams were registered, and after only 10 days the event was sold out.” 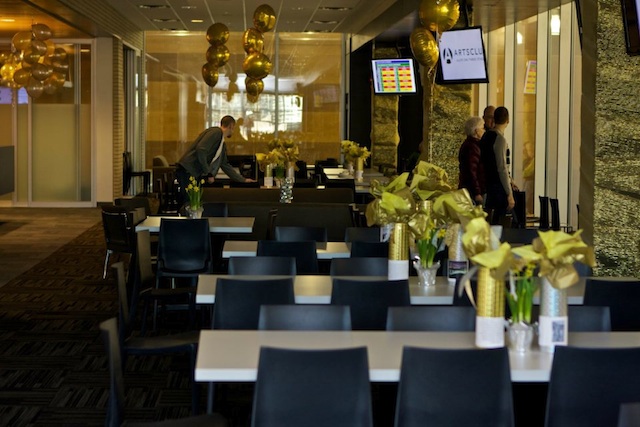 So here’s a thriving club in a fantastic new facility, and an enthusiastic curling league attracting teams to a successful annual bonspiel. Sounds pretty manageable, right? But wait, there’s more.  Let’s add a national curling championship to the mix. “They are normally held in conjunction with the host city’s league bonspiel, in Vancouver’s case, the Pacific Rim Curling League (PRCL)’s Pac Rim Cup bonspiel,” says co-chair Stephen Bailey about the 16-team Canadian Gay Curling Championships, “the Nationals,” which began in 2005-2006. The focus is on combining the social aspects of the recreational game with a chance for newer league players to see what competitive curling looks like, maybe planting a seed for future development in the sport. “The expectations of the CGCC and Pac Rim Cup were no different than those of any curling event organizers… great ice conditions, plenty of refreshments available, and a positive, welcoming environment, both on and off the ice,” says Willa Thorpe, Executive Director of the Vancouver Curling Club about the VCC’s role in the events. But with about 200 curlers, and two multi-day events planned, the event organizers had to deliver, all within budget and on schedule. 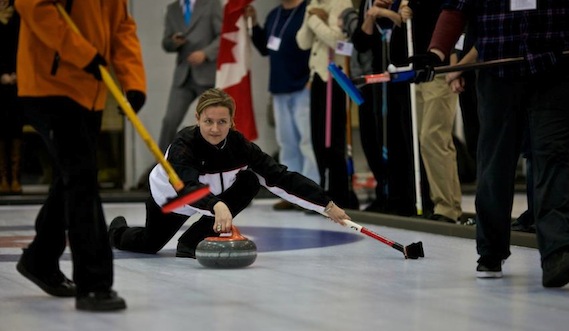 One area of concern was having enough locker space for the visiting curlers, the majority of them men. “With over 20 teams coming from out of town, the club wanted to ensure that these curlers had a secure place to stow their gear,” says Bergquist, CGCC co-chair. “All the lockers in the men’s change room had been rented out to regular season curlers. The club decided that the women’s change room could be a universal change room for the weekend of the Pac Rim Cup. Visiting teams appreciated being provided with a locker and lock and key to store their equipment.” Another big challenge was making sure the bar was well stocked and ready for the inevitable heavy traffic flow. “In past Pac Rim Cup bonspiels there was always a line-up over 5-10 minutes long throughout the evenings and the club would often run out of supplies before the end of the night,” says Bailey. “We worked very closely with Willa and Brad [Blackwell, VCC Events/Food & Beverage Manager] to ensure this would not happen. They stocked up heavily on supplies, ensuring there was no shortage, added an extra pay station and staffed up accordingly.” According to Thorpe, the dual-event operation was all a huge success – thanks mostly to the efforts of the two organizing committees and their volunteers. “In my previous experience in special events, I’ve rarely had the opportunity to work with such an organized group. To have two large-scale events run simultaneously yet independently is truly a testament to how well the organizing committees performed.” 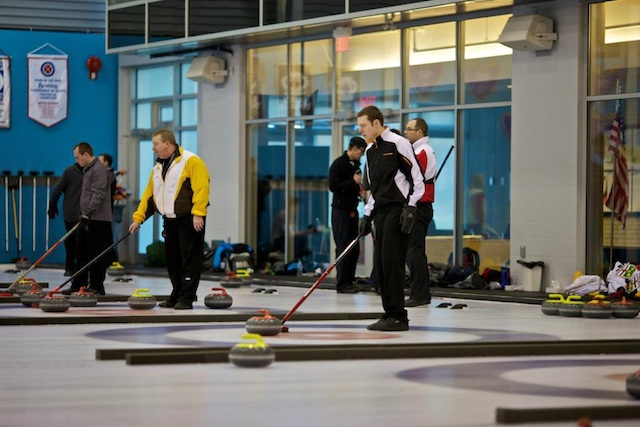 From Stephen Bailey’s perspective, the admiration is mutual. “There is no way we could have done this without them, I cannot stress this enough,” says Bailey about the VCC staff.  “The one thing that impressed me most was the fact that they never once said no. Just the fact that they were so accommodating and willing to help and wanting our event to be just as successful as we did made working with the VCC a pleasure, really. CGCC organizer Bergquist agrees, saying that Thorpe and Blackwell were present and available throughout. “When the planning committee decided it wanted to bring in a DJ for the Saturday evening party, Thorpe offered to meet with the DJ and coordinated her use of the house sound system. Blackwell responded quickly to every request for wireless microphone placement and speaker zone controls. All of the Vancouver Curling Club staff and a team of thirty Pac Rim Cup volunteers worked together ensure the event was a success.” One curling club, two big events: what was the secret to success? “The countless hours invested by the volunteers were very evident, as no detail went unnoticed,” says Thorpe. “From having Olympian Kelley Law throw out the first stone, posting the draws and results digitally throughout the facility, right through to the exquisite decorations, we were very proud to have the CGCC and Pac Rim Cup call our Club home.”