Around the House: First season a triumph in Maniwaki

For many curling facilities across the country, April is the month of closing bonspiels, awards presentations and – for some – lacing up skates (instead of sliders) to destroy a season’s worth of pebbled ice. 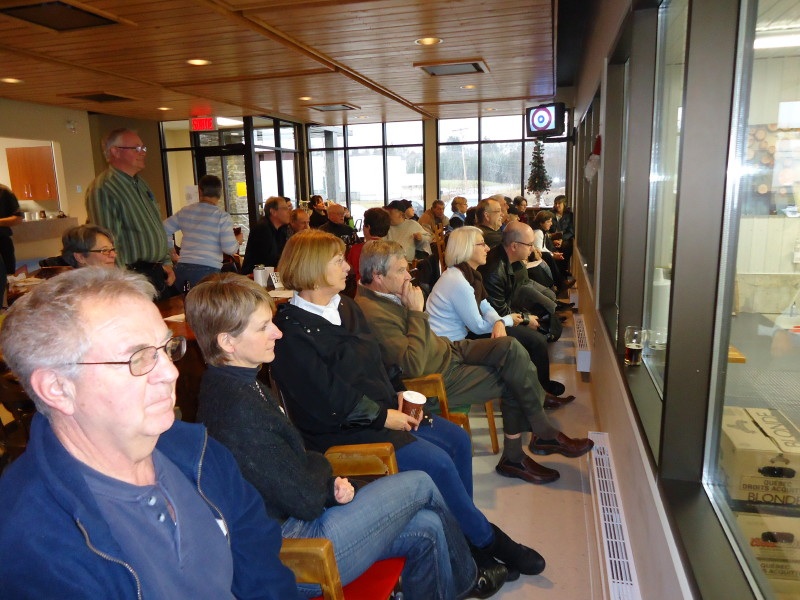 Watching the action on the ice from the comfort of the club room seating (Photo courtesy P. Lafrance)

Yes, the end of the curling season has its traditions and rituals, established over the years, celebrated annually, and anticipated by members as the winter edges into spring. In Maniwaki, Quebec, this spring marks the end of the first season of curling at the new Club de Curling Valleé de la Gatineau/Gatineau Valley Curling Club, and traditions are yet to be created. Earlier this season, Around the House told the story of this committed community of curlers who worked together for twelve long years to make their local club a reality. Let’s revisit our starting point: let’s see what happened after curling came to Maniwaki – starting with the end, of course. 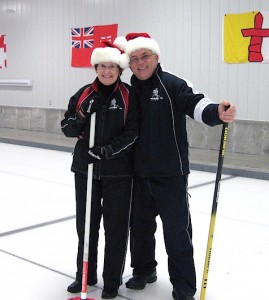 Paul and Noreen Lafrance showing off their Christmas spirit on in the ice (Photo courtesy P. Lafrance)

“We have been busy ‘decompressing’ from the season,” said club members Terry Tims and Paul Lafrance, during the first week of April. “We had a closing in-house bonspiel two weeks ago – a lot of fun since it was really the first opportunity for members who played in different leagues and times to socialize together.” The new facility itself has lived up to expectations, say Tims and Lafrance, especially in terms of the ice. “We were very fortunate to have good ice,” they say, referring to the truth universally acknowledged by curlers that good ice is the key to, well, everything.  “We were very lucky that one of our long time members, Nelson Millar, volunteered to be the iceman.  He formed a small team that created and maintained great ice.” Millar, a former teacher, studied the art of making good ice and contacted other clubs’ icemakers to learn the craft. 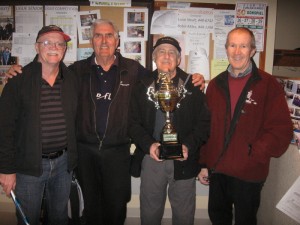 Reginald Bouchard holds the trophy for Men's Open play at the end of the club's first season. Bouchard was the driving force behind building a dedicated curling facility for curlers in Maniwaki. (Photo courtesy Paul Lafrance)

“He was at the centre early and often, and not afraid to experiment with both the ice and rocks,” says Tims, pointing out the one resulting flaw: “The problem for many members now, is that they can’t blame the ice as often when they miss their shot!” On the ice, Seniors, Ladies, Men’s and Mixed leagues filled the schedule both during the day and on weekday evenings. Off the ice, the expected socializing was a bonus too. “The bar, manned by volunteers, has done very well,” say Tims and Lafrance.  “We also did a better than expected rental business, mainly from people who heard the ‘buzz’ around town that curling was fun and the club was very inviting.  We will try to get as many as possible to join as full members next year.” Growing the membership was always at the top of the To-Do list, of course. But that’s not easy to do in a community where curling is a fairly new activity. So what did they do? They called in some help. 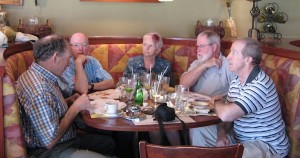 “The founding members in Maniwaki are an extremely special group,” says Earle Morris, Club Professional at the Ottawa Curling Club. “I was blown away by how passionate they were about curling even though they were arena curlers in the past who did not have a dedicated facility.  And I was really impressed with how hard they were prepared to work to ensure the success of their new club.  For example, five or six of them drove down to Ottawa last summer to pick my brain on what I thought that they needed to do to “get it right”.  I know that they also did this with others in Ottawa and other locations.” One of Morris’s suggestions was to focus on the instruction of “newbies” so that the new curlers would see improvement and fit into leagues more comfortably. “The training of new, inexperienced [curlers] for the first couple of months paid off for those who participated,” say Tims and Lafrance.  “Earle Morris had advised us to try and make the training fun, and we believe we succeeded from the smiles we have seen.” 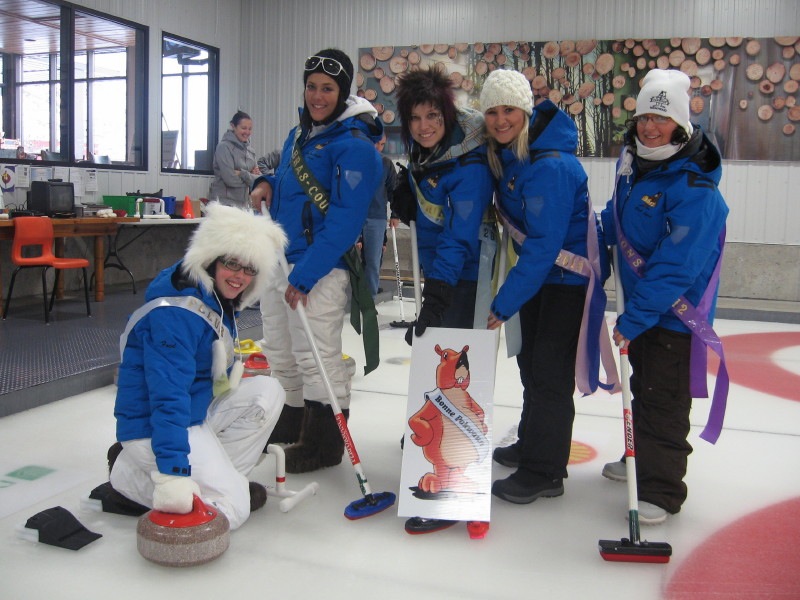 Les Fleurs (Queen and her Duchesses) from the local Maniwaki winter festival known as Pawkuan made a special appearance at the curling club. (Photo courtesy P. Lafrance)

Getting the word out to the community was a high priority, and the club took advantage of every opportunity to attract locals through the doors and onto the ice, welcoming school groups, adult students and groups with physical and mental handicaps.  The club even took part in Maniwaki’s local Winter Festival, Pakwaun, for the first time. “Although curling was not on the ‘official’ program, the event organizers were agreeable when we approached them to promote the new club by having the Festival Queen and Duchesses (les Fleurs) visit the club for a photo opportunity. We agreed to keep club members available for the two days for anyone who wanted to try curling, essentially an open house,” says Tims. For a community new to the sport of curling, showcasing the club with photos in the local papers and lots of word-of-mouth support provided an excellent public relations opportunity and attracted a large variety of people – young families, seniors, and even some visiting curlers from clubs in Ottawa. “Overall, considering the lack of experience in managing a curling facility we have come through with flying colours,” say Tims and Lafrance, justifiably proud. The first season of the Club de Curling Valleé de la Gatineau/Gatineau Valley Curling Club is done, but its 143 members have a lot to celebrate – and a lot to look forward to in the seasons to come. 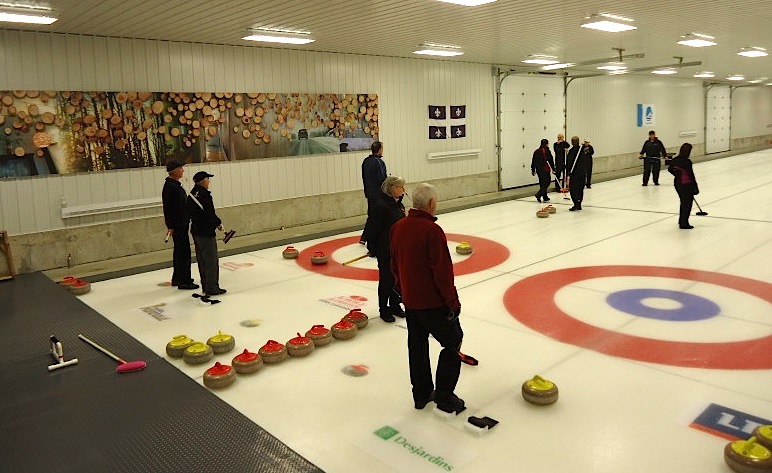 Action on the ice at the club's Mixed Bonspiel. The mural overlooking the ice was created especially for the club by Quebec artist Brigitte Toutant. Paul Lafrance explains: "All the little wood rings are placed at a different height on pins giving you the impression that we have a 3D picture representing a day in our area, the forest - being the theme which is the main industry for our region - and our beautiful seasons." (Photo courtesy P. Lafrance)