The first Volunteer Rally for the 2012 Capital One Canada Cup, heading to Moose Jaw’s Mosaic Place, took place Monday, November 28 with a crowd of 168 excited supporters coming out to the Moose Jaw Ford Curling facility. 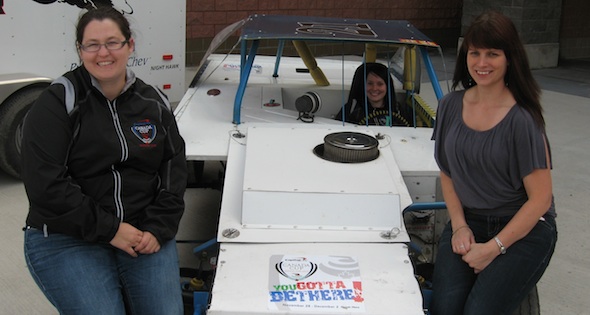 “We’re so pleased to see so many people turn out for our first volunteer event,” noted Host Committee Chair Danielle Scinski.  “And, we’re extremely grateful to SaskEnergy, our official Volunteer and Junior Stars Sponsor… they’re really committed to ensuring Moose Jaw’s Canada Cup will be the best ever in the history of the championship.” The volunteers were split into two groups for orientation sessions at 6:30 and 7:30 pm.  The agenda featured the introduction of volunteer directors, the ordering of official volunteer uniforms and photos for event accreditation passes. The Host Committee is well on the way to filling the 374 volunteer positions that include roles in a wide range of functions such as ice preparation, driving, souvenir program sales and hospitality roles in the Patch… the place everyone gathers to party. 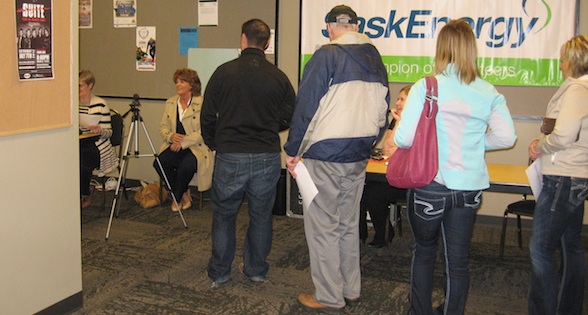 To date, 250 people have registered – if you’re interested in getting involved in one of the most prestigious events on the Season of Champions calendar, simply click here to apply online.  Additional information on volunteer opportunities is available by calling 306.624.2096. The Capital One Canada Cup, November 28 to December 2 at Mosaic Place, will showcase the top 14 teams in the country – seven men’s and seven women’s – based on the results of last season’s competition.  Along with championship honours, the two winning teams will receive direct entry to the 2013 Tim Hortons Roar of the Rings – the Canadian Curling Trials to determine our representatives in the 2014 Olympic Games. “You Gotta Be There” for the 2012 Canada Cup – whether it’s as a volunteer or a fan.  Full event passes are available now by clicking here.