The 2012 Capital One Canada Cup of Curling is coming to Moose Jaw November 28-December 2 in Mosaic Place when the best women’s and men’s teams in Canada will compete in one of the most challenging events of the season. 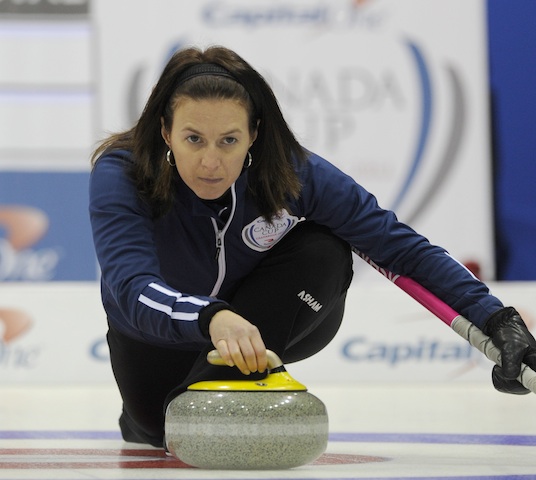 The Cup, the first stop on the Season of Champions circuit, is exclusive to the country’s top 14 teams based on their performance over the past year of competition… setting the stage for a classic showdown in Moose Jaw’s new state-of-the-art arena. The teams will be vying for Canada Cup honours and direct entry to the Tim Hortons Roar of the Rings, the Canadian Curling Trials, December 1-8, 2013 in Winnipeg – where two teams will earn the right to wear the coveted maple leaf in the 2014 Olympic Winter Games in Sochi, Russia. “This is unquestionably the toughest field of the year and that means it’s a real treat for the fans,” commented Host Committee Chair Danielle Sicinski.  “All these teams earned their way to the competition based on their performance over the last season.” The women’s side is headed up by four-time Scotties winner, 2008 world champion and defending Canada Cup titleist Jennifer Jones and Heather Nedohin who led her team to victory at the 2012 Scotties Tournament of Hearts. Sherry Middaugh, Cathy Overton-Clapham, Stefanie Lawton, Chelsea Carey and Crystal Webster round out the field.  Lawton has a pair of Canada Cup championships to her credit while Middaugh won the inaugural event in 2003. 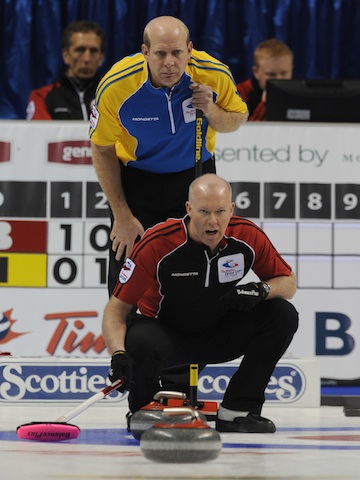 Kevin Martin, winner of the 2011 Canada Cup joins 2012 Tim Hortons Brier and Capital One World Men’s Curling champion Glenn Howard along with Mike McEwen, Kevin Koe, John Epping, Jeff Stoughton and Brad Gushue in the men’s competition. Martin, winner of the 2010 Olympic gold medal and 2008 Ford World Men’s Curling Championship, has hoisted the Brier Tankard four times, as has Howard – the first two playing third for brother Russ.  Howard has four world titles to his credit, two each at the third and skip positions. Stoughton is a three-time Brier winner with a pair of world championships while Koe captured the Brier in 2010 followed by gold at the World’s.  Gushue won the gold medal for Canada at the 2006 Winter Olympic Games. The Canada Cup, presented by The Mosaic Company, is celebrating its 10th  year of championship curling.  Seven men’s and women’s teams compete in round-robin play with the first-place teams advancing to their respective finals.  The second- and third-place teams will meet in the semi-finals with TSN providing coverage of all playoff games. A total of $70,000 in prize money is at stake for both the men’s and women’s pools with up to $26,000 awarded to the winners. The 14 teams competing in the 2012 Capital One Canada Cup qualified on the basis of winning the 2011 championship, the 2012 Scotties Tournament of Hearts, the 2012 Tim Hortons Brier or their standing on the Canadian Team Ranking System for the 2011-2012 season.