It’s summer, and that means it’s time for many Canadians to go camping – on the ice, that is. Summer curling camps are gearing up from coast to coast. Junior as well as adult curlers are looking forward to mingling with high-profile athletes and coaches while honing those on-ice skills before next season. Here’s a small sample of curling camps taking place this summer. A more complete list of camps can be found on the Canadian Curling Association’s list of Programs and Services. 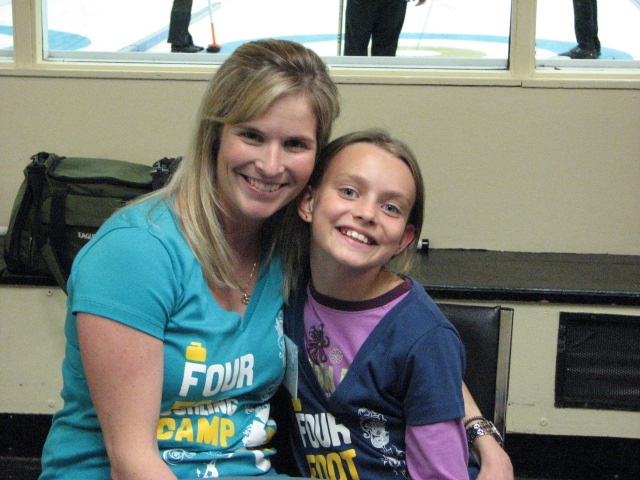 The Four Foot Curling Camp in Parksville, B.C., has been operating since 1981 – that’s a whopping 31 years. Elaine Dagg-Jackson, the camp director, is a Level 5 coach who has made a career of contributing to the success of elite Canadian curlers – Kelly Law and Julie Sutton at the Scotties, as well as teams competing at the Brier, world championships and world junior championships. Dagg-Jackson is joined by coach Jock Tyre and a team of high-level Canadian coaches including some guest players/coaches (does the name Jennifer Jones ring a bell?). Four Foot offers a week of intense on- and off-ice curling skills development for athletes of all levels – novice to elite. Originally a residential camp, Four Foot moved from Osoyoos, B.C., to Parksville last year, and welcomed curlers from the home province as well as Washington, Yukon and across Canada. In previous years, curlers have come from as far away as Germany, Sweden, the United States, Japan and Korea. 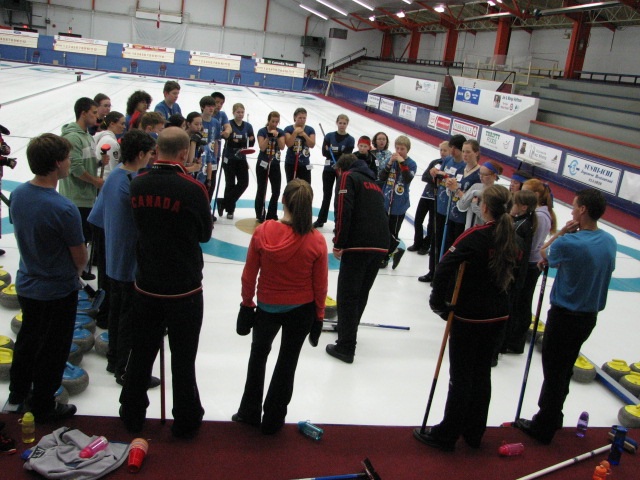 But it’s not all work and no play at the kids’ camp, says Four Foot. “Our philosophy is sound technical and training protocols in an enjoyable and fun camp atmosphere. We feel if kids love curling camp, they will love curling,” insists Dagg-Jackson. As for the adults, Four Foot recognizes that participants come to learn, but they’re on vacation, too. “While curling takes up most of the day, there is time to do some sightseeing or relax and enjoy the scenery of Vancouver Island.” The Adult camp takes place August 20-23, 2012 in Parksville, on British Columbia’s Vancouver Island.  When that finishes, the juniors take over from August 23 to 26. In Alberta, young curlers looking for summer skills instruction can check out the Alberta Rocks Summer Curling Camps for kids in Leduc, with the choice of two weeks offered: August 11-14, and August 16-19.  An adult camp runs in September, as well. For elite junior curling teams in Ontario who want to step up the skills and get ready for the 2012-2013 competitive season, the Ontario Curling Association’s High Performance Camp is the destination. Under the direction of Canadian National Team Coach Jim Waite, junior curlers apply for inclusion in this camp that focuses on intensive skills development sessions. This year’s camp takes place at the Guelph Curling Club from August 17-19. 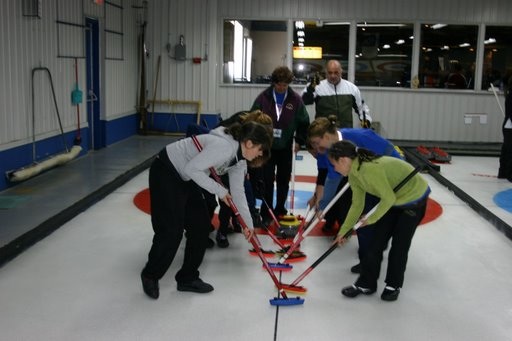 Quebec curlers can head north to Alma, Lac St-Jean for Camp des Bluets Givrés (“frosted blueberries”, which camp director Danielle Charette says is a fitting name: “les bluets” are the local fruit and “you have to be frosted to think of doing a summer curling camp!”) This junior and adult camp, held at the end of July in Alma’s Aréna Centre Mario-Tremblay, began as an addition to a local summer bonspiel that took place during Roberval’s annual “Traversée du Lac St-Jean,” a cross-lake swim. With the curling rink free during the day, Charette and his fellow coaches started a five-day club, adding a two-day adult component in the second year. Two years ago, the camp moved to Alma, and now takes over the local hockey arena.  Bilingual coaches offer adult curlers two full days (July 28-29) of skills development, while junior curlers aged 10-19 will be on the ice for four days (July 30 to August 2). August is also curling month in New Brunswick, as the Centre of Curling Excellence at Curl Moncton offers two weeks of camp: August 13-17 and August 20-24. With both adult and junior divisions, this camp has a broad appeal – especially since the staff includes Olympic Gold Medalist and World Champion Russ Howard, as well as World Champion Mary-Anne Arsenault and a slew of Canadian provincial and national coaches and curlers. Also taking place in Atlantic Canada, August 19-24, is the well-established Whitecap Curling Academy. 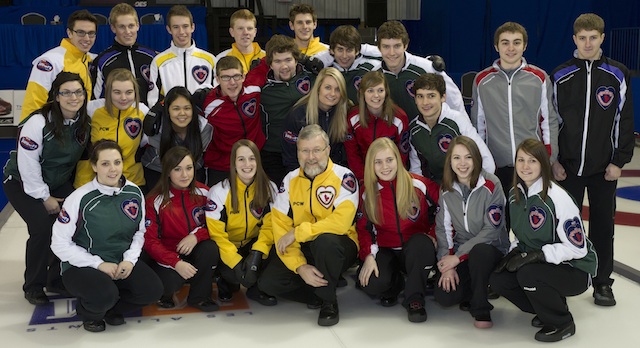 According to Curl Atlantic Director Helen Radford, a National Team Coach, the camp is for junior curlers aged 12-18 who are grouped into intermediate, advanced and high-performance sections. On a typical day, over 100 participants have breakfast at Mount Saint Vincent University before being bussed to the Mayflower for the rest of the day. “They are divided into six colour groups,” says Radford. “They spend time with their coaches and participate in on-ice and off-ice sessions.  They cover topics such as delivery and brushing, strategy and tactics, team dynamics, physical preparation, mental toughness, nutrition, etc.  We also do activities away from the curling club like having a BBQ, doing team cheers/skits, making banners and then we end the week with The Great Shootout and a dance.” Instruction and fun: right across the country, curlers of all ages can be found camping on the ice this summer.