When the hot summer hits Ontario, where do junior curlers go? Many of them head indoors, to The Dominion Amethyst or the Trillium, two curling camps devoted to developing the on-ice skills of intermediate, advanced and high-performance young curlers. 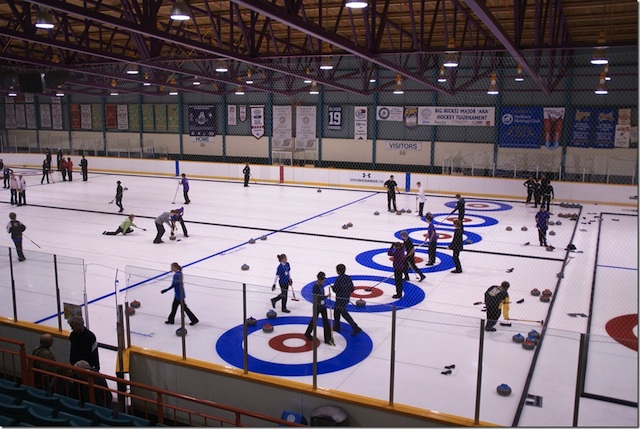 Jim Waite, a National Team Coach with the Canadian Curling Association, is the camp director for both The Dominion Amethyst Summer Curling Camp, which just completed its fifteenth season (this year in Sudbury), and the Trillium Curling Camp, now celebrating its twentieth year, which takes over the Guelph Curling Club for two weeks later in August. 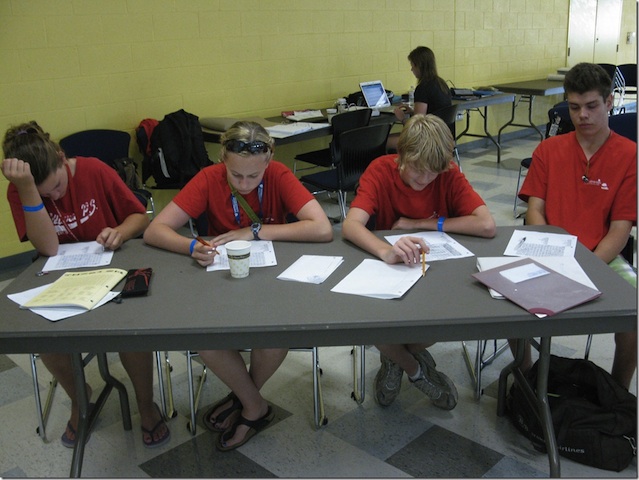 Some of the action takes place off the ice, too (Photo courtesy Jim Waite)

“They are ‘sister camps’,” says Waite.” Very similar in curriculum, but different in terms of location, arena versus curling club, accommodation etc.” Amethyst’s 96 curlers come chiefly from Northern Ontario for the one-week experience of meeting other young curlers and working with high-level coaches. Campers are placed into three categories by age: Intermediate (13-14), Advanced (15-16), and High Performance (17-18). Within those age groups, the campers are divided again, allowing levels of experience and skill to work with assigned coaches on their specific needs. “Intermediates are Red and Blue; Advanced are Green and Purple; and High Performance are in Black and Gold,” explains Waite. “Each group has two top coaches with them, as well as an Assistant – a camp graduate – making the coach/student ratio just over 5-1.” “Not all the kids are high-performance [athletes],” says Waite, “but all have at least two years of curling experience before they can come to the camp.” And curling experience isn’t all they need: campers put in an intensive week on and off the ice, so they had better come prepared to work as well as play. Each day’s schedule includes classroom and Physical Education components – team dynamics, strategy, fitness and nutrition, as well as analyzing video. 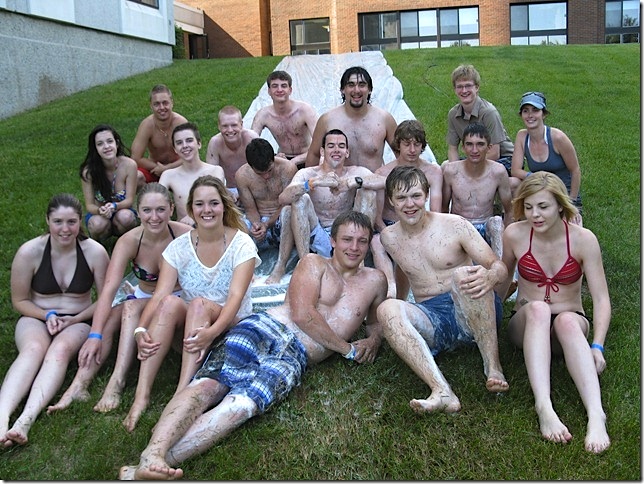 Out on the ice, curlers work on the essentials of technical training, including brushing, strategy, drills, and game situations, some of which is videotaped for analysis. Evenings are the time for actual curling games, as well as outside activities like bowling, lawn bowling, a trip to the local pool hall (always a good place to practice those angles), canoeing and swimming. And there’s also a chance to hear from camp “grads” and other high-profile curlers during evening presentations. This year, speakers included Northern Ontario’s 2012 Scotties Tournament of Hearts representative, Tracy Horgan and her team, who spoke about their experience at the national women’s championship. The Krysta Burns team, of the Idylwylde Curling Club, talked about competing – and winning the gold medal – at the 2012 Ontario Winter Games, and former camper, now Amethyst coach, Caitlyn Romain, shared her experience of curling provincially for the University of Western Ontario. “It’s great,” says Waite, “because it’s kids talking to kids.” 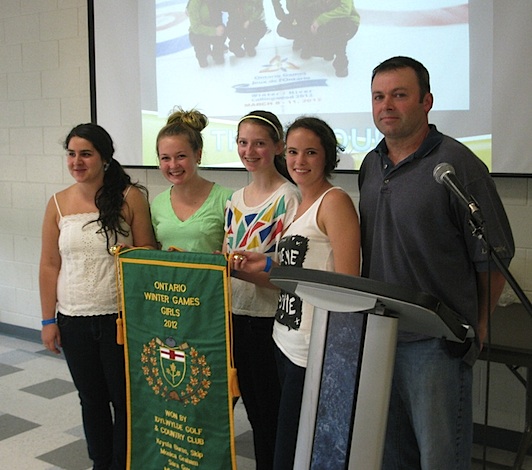 The camp runs from Monday to Friday, but Thursday is known as “water day”, when the physical education component is completely outside – and related to water. This year, the staff organized a giant waterslide. Needless to say, as temperatures across Ontario soared, this was an outdoor activity that couldn’t have been better timed. On the last day, before the closing dance, the teams line up for “The Great Shootout” which, as the name suggests, is a draw-to-the-button competition involving all teams at all levels putting their skills to the test. This year’s Amethyst shootout was especially sweet: the Intermediate Reds – youngest team – scored the most points and walked away with the title. “It is a very structured, full week,” according to Waite, and he should know. He’s been directing these summer camps since the first season 21 years ago, when camp was just one week for 64 kids at a curling club in Peterborough – the brainchild of Curl Ontario’s Doug Maxwell. Assisting Waite are some of the top coaches in the province as well as elite curlers from across Canada who offer their high-performance experience to the young athletes following in their footsteps, and “Assistants”, past campers who have achieved their Level 1 Coaching certification and received an excellent evaluation from their own camp coach. 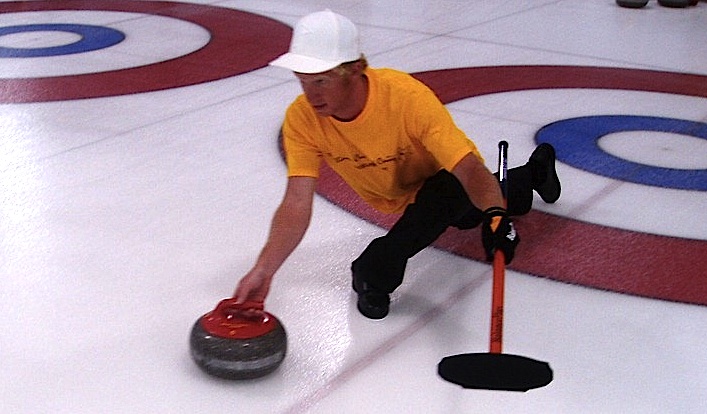 “Our coaches are among the best the in Canada and the world,” says Waite. “Many of them work at both the Amethyst and Trillium.” This summer, Reid Carruthers of Team Jeff Stoughton, and Leigh Armstrong, who plays on Team Sherry Middaugh, were on the Amethyst staff, along with National Team Coach (who happens to be a Northern Ontario curling legend) Rick Lang, who spoke to the campers about his experience at the 2012 World Men’s Championship as a coach with Team Glenn Howard. The Dominion Amethyst Summer Curling Camp provides young curlers with a place to dream big – and work towards that goal of playing at the highest levels of the sport. They might even get their name on “The Banner.” The Banner? “We have 172 kids who have graduated from our camps and gone to play in a Canadian Championship,” explains Waite, citing 2012 Brier and World Men’s champion curlers Brent Laing and Scott Howard as part of this elite group. “We have a banner with all of those kids’ names embroidered on it, and it hangs on the wall for each camp – as an incentive for the other kids at the camp to excel.” 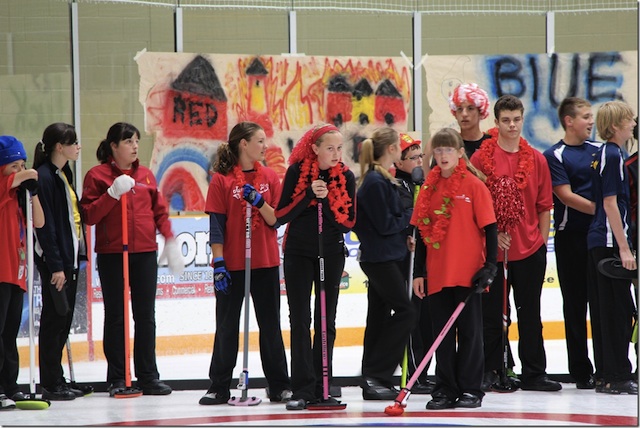