Curling Camps: Not Just for Kids!

Junior curlers have had lots of opportunity to hone their skills at camps from coast to coast this summer, but now it’s the grown-ups’ turn. Two Ontario-based camps – one a “hot shots” and one a “fantasy” camp – offer adult curlers a chance to get their curling kicks both on and off the ice. 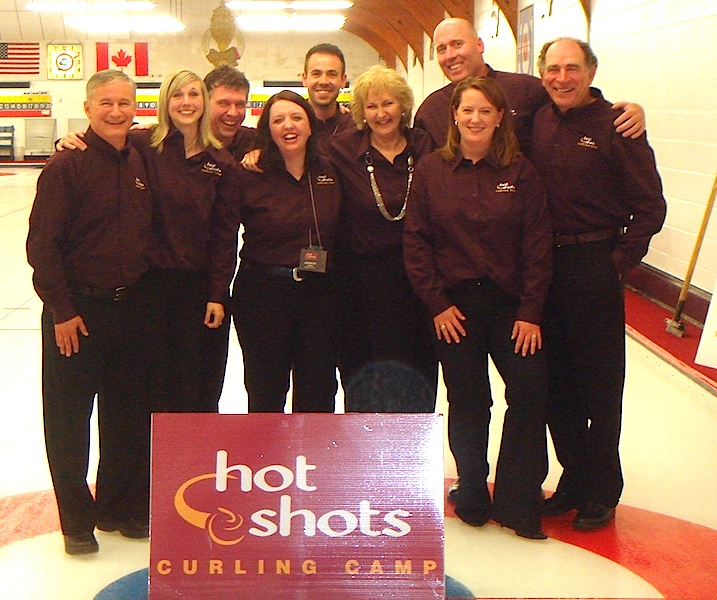 David Gravelle, founder and Camp Director of the Hot Shots Curling Camp in Oakville, Ontario, emphasizes that the camp’s focus has changed a bit over the years. “We are no longer a ‘fantasy’ camp,” he explains. “We decided a few years ago to become really curriculum focused and provide world class instruction rather than rubbing shoulders with the stars of the game.” Gravelle was inspired after seeing a documentary about the New York Yankees fantasy baseball camp. But there was another motivation as well. “I also had the benefit of growing up and playing with the Howards in Midland and Penetanguishene, Ontario.  I had such easy access to Russ and Glenn, and saw them as not only world-class curlers, but also as extremely proficient educators.  My initial camps revolved around them, but our program has transformed over the years.” This year’s staff – including coach Earle Morris, Canadian curler John Epping, WCF Director of Competition and Development Scott Arnold, and 2010 United States curling champion Deb McCormick, among others – lead the campers in an intensive, three-day curriculum of instruction. “Our participants continuously comment on how open and giving our instructors are with their knowledge and experience,” says Gravelle. They also know how to have fun: enter the Balloon Game. “It’s hosted by Earle Morris,” explains Gravelle, “and involves teammates of the opposite sex (strangers before this exercise) breaking balloons with various body parts.  There have been some misadventures staging this game, including some unintentional groping, which has left our campers in stitches.  All good adult fun! And, a great bonding experience.” 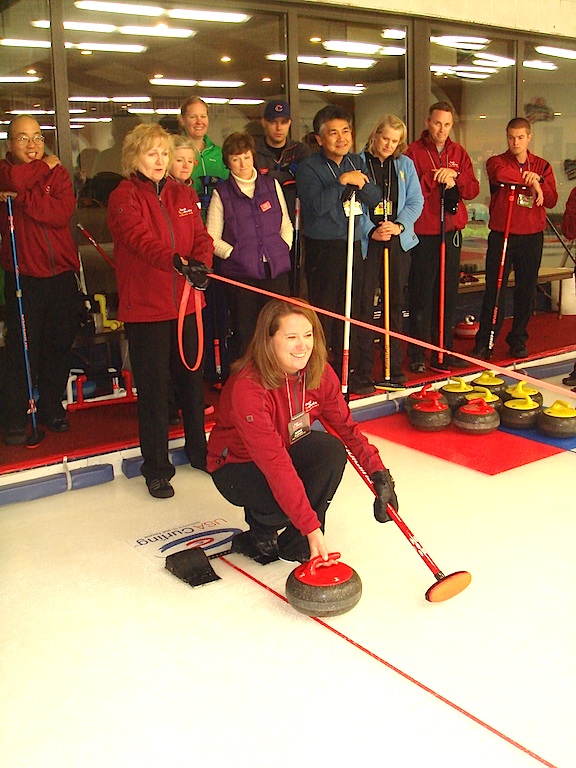 The most memorable Hot Shots Curling Camp moments come during the wrap-up, however, with the presentation of the Pat O. Reid Achievement Awards. “The recipients are selected by our instructors, and celebrate the passion for the game exhibited by our founding Head Instructor, coach and mentor [the late] Pat Reid of Oakville, Ontario,” says Gravelle, noting that one of last year’s recipients was so honoured, he had the camp logo tattooed on his hip! Something quite different has been going on over at the Guelph Curling Club every September for the past four years. For adult curlers who want to rub shoulders with one of the best teams in the country, the Team Howard Fantasy Camp delivers. “It’s hard to say exactly who had the idea in the beginning,” says Brent Laing, second on the reigning Men’s World Championship team. “We had all been instructors at different camps over the years for adults and kids, and got to talking about having a Team Howard camp. We felt like we had a great team dynamic and a way to approach the game that people would relate to and like to hear about so we went for it.” Curlers went for it, too. In fact, they went for it so much, that this year’s camp, held in September, was already full by mid-June. There’s no doubt that club curlers are excited about the chance to hang out with some of Canada’s celebrity curlers, up close and personal. Sure, there’s instruction and skill development, but the appeal goes beyond that, something Team Howard recognizes. “We try to make our camp as social as possible,” says Laing. “It’s as much about socializing and meeting new people who share a passion for curling as it is about improving your game. We’ve had live music in the hospitality suite a few times over the years and held social events, like our own version of the Olympics in the hospitality suite as well.” 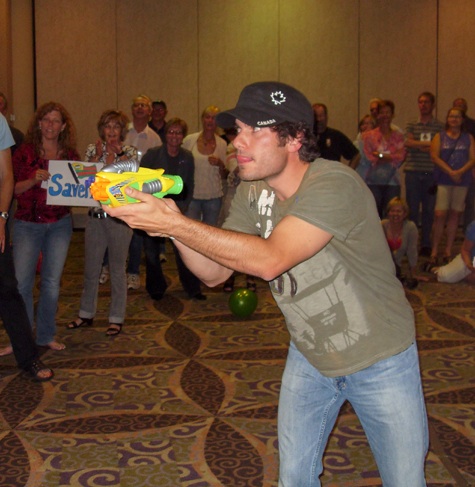 It’s not just fun and games at the Team Howard Fantasy Camp. In keeping with the team’s history of charity involvement, the camp undertakes fundraising for a cause. “One of the most memorable moments was last year at the end of the camp when we auctioned some of our game shirts for Breast Cancer Research,” reports Laing. “In a little over 30 minutes we had raised over $6000 for charity.” What’s ahead for these two camps? The Hot Shots Curling Camp has just finished in Oakville, and it will be setting up shop in Ardsley-on-Hudson, New York, on the weekend of October 12-14. “We have also just announced our first ever ‘arena ice’ camp in Charlotte, North Carolina in April 2013,” says David Gravelle. “I anticipate substantial growth in adult camps in the USA as the sport grows exponentially below the border. My role is also focused on expanding our adult camp program in the United States; and in the near future, through some partnerships we’re developing, travelling to Europe and Asia to stage camps.” The future looks just as rosy – if perhaps on a smaller scale – for the Team Howard Fantasy Camp, too. “We have had a crazy response this year with a total sell-out before the middle of June,” says Laing. “This has been an annual camp that will continue for the foreseeable future, for sure.” 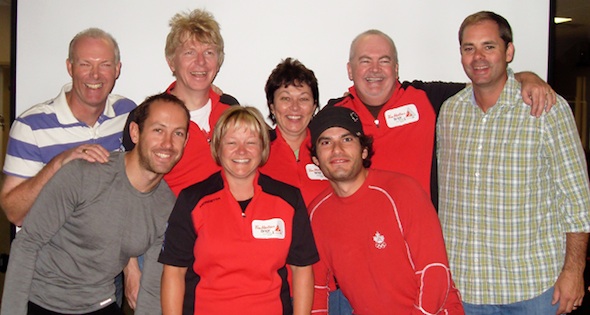