The premiere event on the Canadian curling calendar returns to Edmonton for a sixth time this spring when the city hosts the 2013 Tim Hortons Brier in Rexall Place, the setting for an all-time attendance record eight years ago. 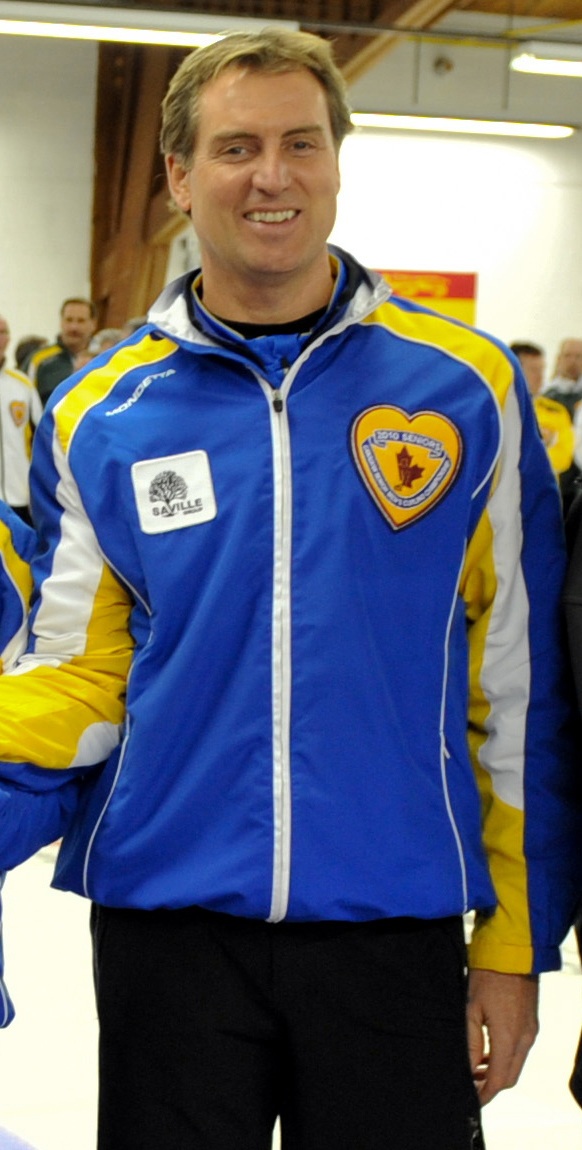 Even though it’s an extremely tough act to follow, the Host Committee for the city’s latest Brier has a solid leadership group in place to head up the drive to surpass the record-breaking numbers from 2005. It all starts with Host Chair Mark Johnson, a retired veteran of the Edmonton Police Service whose credentials also include a long-time passion for curling.  Just two days after retiring from the force he took on the management position for the Avonair Curling Club where you’ll still find him most days during the curling season when he’s not out in the community promoting the upcoming Brier. Johnson, who earned the “Top Cop” nickname based on his long and distinguished tenure with the Edmonton Police Service, is a native of Walla Walla, Washington.  His passion for curling began at the age of 12 in Edmonton and has taken him on the road to a number of championship achievements. A three-time winner of the Canadian Police Curling Championship, the Host Chair for the Brier turned 50 in 2010 and promptly won the Canadian Senior Men’s Curling Championship, followed by a World Senior Men’s Curling title the following year. In 2006, after losing to Kevin Martin in the final of the men’s provincial playdowns, Johnson was recruited as the alternate for Team Alberta in the Tim Hortons Brier where he played two games.  And with dual citizenship, he has also played competitively south of the border, taking part in the 2009 United States Nationals and Curling Trials that determined the country’s representatives for the 2010 Olympic Games. In addition to his extensive involvement at the competitive and organizational levels of the game, Johnson is also active as a coach, serving in that role the past two years for the Crystal Webster team that will be competing in the 2012 Capital One Canada Cup November 28-December 2 in Moose Jaw. “As Host Chair for the Brier, all I can say to the fans is make sure you’re there in Rexall Place because this is going to be something special,” comments Johnson “You Gotta Be There” when the Tim Hortons Brier comes to Edmonton March 2-10, 2013… the scene of the most successful championship in curling history.  The best seats in the house are available now and you can get yours today just by clicking here.