In just two months the highly anticipated Season of Champions gets underway in Moose Jaw when the 2012 Capital One Canada Cup of Curling hits the ice in Mosaic Place – the impressive new sports and entertainment complex that has played an integral role in the rejuvenation of the city’s downtown district. 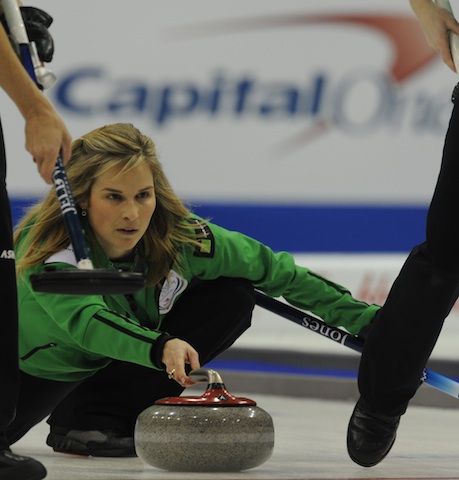 Only the top 14 teams in the country – seven men’s and seven women’s – based on their performance over the past year of competition have earned the right to compete in this exclusive event. The first qualifiers on the women’s side are the 2011 Capital One Canada Cup champions led by Winnipeg’s Jennifer Jones.  The victory in Cranbrook marked her second Canada Cup title… but this one was especially sweet with an accompanying berth in the 2013 Tim Hortons Roar of the Rings – the Canadian Curling Trials – and the opportunity to shoot for the right to represent our country at the 2014 Olympic Games in Sochi, Russia. “Winning the spot in the trials was a great bonus that came with last year’s championship,” comments Jones.  “It means we don’t have to worry so much this season about picking up points and we can focus on other things.  As for the Canada Cup, it’s just a great event and the team is very excited to be playing again this year.” Jones has already secured a position as one of the greatest to ever play the game. In nine appearances at the Scotties Tournament of Hearts she has taken the trophy home to Manitoba four times including a string of three consecutive championship wins.  And, curling fans around the world will never forget what has been widely acclaimed as “The Shot”. In the last rock of the final of the 2005 Scotties in St. John’s, Newfoundland, Jones delivered a perfect “in-off” takeout targeting a stone outside the rings. The hit and roll removed Ontario’s heavily guarded shot rock to count four and walk away with the title. “Winning any big event is a thrill but that was our first Scotties victory and to do it in such a dramatic way was really special,” recalls Jones.  “But we have had so many great moments… so many great memories we’ll never forget.” The Jones team, including Kaitlyn Lawes, Jill Officer and Dawn Askin, will be defending their championship in Moose Jaw November 28-December 2. Jones has already locked up that highly coveted spot in the Tim Hortons Roar of the Rings but she’s still shooting for a new record.  A victory this year would make her the first woman to win three titles in the ten-year history of the event. “You Gotta Be There” when the top men’s and women’s teams in the country fight for Capital One Canada Cup honours and the chance to play under the brightest lights in international sport at the 2014 Olympics.  Get your tickets today by clicking here. 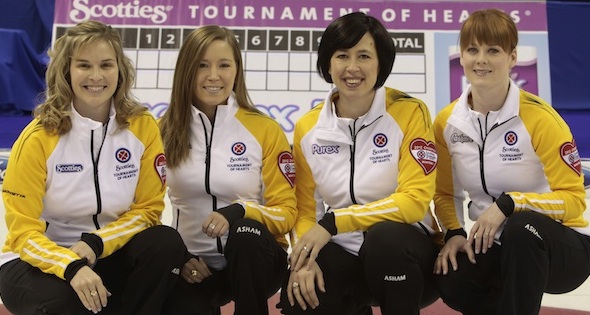