A group of volunteers for the 2013 Ford World Men’s Curling Championship, heading to Victoria March 30-April 7, joined official media partner CHEK TV Saturday, November 17 for the Santa Claus Parade. The parade drew a crowd of 40,000 for the traditional kick-off to the holiday season.  The Ford World Men’s volunteers, dressed in full curling attire, accompanied the CHEK float on its route down Government Street – drawing shouts of “Hurry Hard!” from many of the spectators. Tanya Smith, Manager of Community Relations and Promotions for CHEK TV welcomed the involvement by the volunteer team.  “The 2013 Ford World Men’s Curling Championship is going to be a fantastic time for the city in April.  We were thrilled to have the great volunteers walk with us in the Santa Claus Parade!” For those who were unable to make it out to the parade, it was broadcast live on CHEK TV – providing another promotional boost for the upcoming world championship. “You Gotta Be There” when the Ford World Men’s Curling Championship returns to Victoria’s Save-On-Foods Memorial Centre.  Event tickets are the perfect gift for the curling fans on your holiday shopping list… get them right now by clicking here. 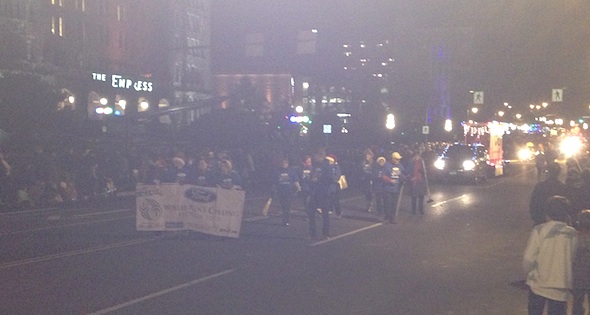