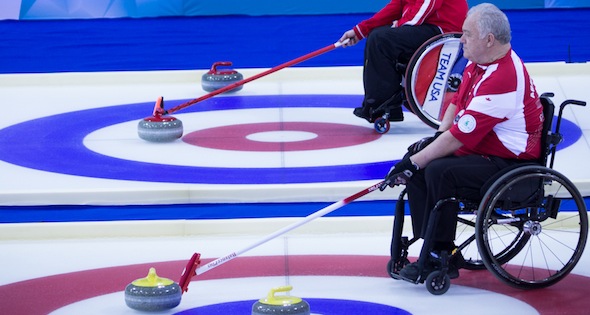 That result left Canada tied for top spot with a 8-1 record after the round robin with Sweden’s Jalle Jungnell, but the Swedes are ranked first by virtue of their 8-7 win over Canada on Wednesday. “We had our moments when we’ve played well and we’ve been struggling a bit too,” said Armstrong. “I think we have been going through the same ups and downs as pretty much all the teams. We struggled a little yesterday, we struggled actually in the middle of this game today, but got the result we needed. Hopefully we can get some momentum going now into the weekend.” 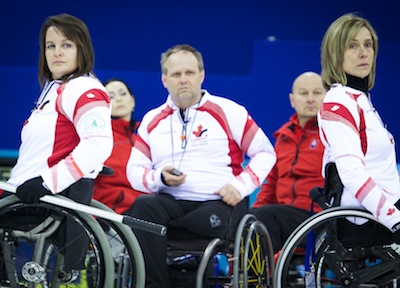 Canada, which is seeking its third world title in four years, will play Sweden in the Page 1-2 game on Friday at 2:30 p.m. Sochi time (5:30 a.m. EST). “We have to play a little smarter (in the playoffs),” said Armstrong. “Opportunities were squandered. If we are not making it perfectly, we should be at least on the right side of it. Sometimes we might lose sight of that.” The winner of the one-two game will advance directly to Saturday’s gold-medal game at 3:30 p.m. Sochi time (6:30 a.m. EST). The loser will play in the semifinal on Friday at 8 p.m. Sochi time (11 a.m. EST) against the winner of the Page three-four game. That three-four game will feature Patrick McDonald of the U.S. (7-2) and the survivor of a three-team tiebreaker for the fourth and final playoff spot between China’s Haitao Wang, Scotland’s Aileen Neilson and defending world champion Andrey Smirnov of Russia. The semifinal, bronze-medal (12:30 a.m. EST Saturday) and gold-medal games can all be seen online at https://russiasport.ru. Live scoring and standings from the 2013 World Wheelchair Curling Championship can be found at: wwhcc2013.curlingevents.com.