Canada to play for gold at Wheelchair Worlds 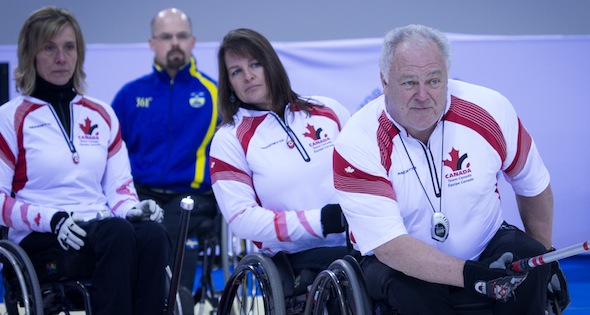 With the victory, Canada advances to the gold-medal game against Sweden’s Jalle Jungnell on Saturday at 3:30 p.m. Sochi time (6:30 a.m. EST). It will be a third opportunity to defeat the Swedes, who beat Canada 8-7 in the round robin on Wednesday, and 6-5 in the Page playoff one-two game earlier on Friday. 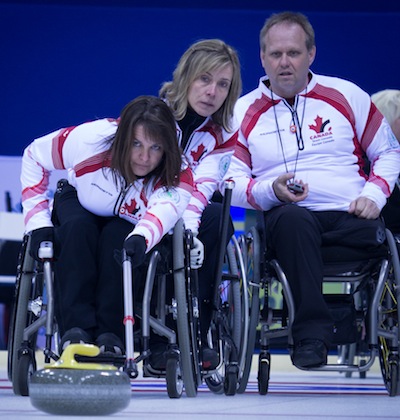 “Sweden has had a history over the years of playing very well against us in big games, and they’ve owned us this week,” said Armstrong. “But I think it’s our turn. We’ll be ready for them.” Canada opened the semi with a stolen point in the third, and took control with deuces in the third and fifth ends, and another steal in the sixth. “We just tried to take advantage early,” said Armstrong. “The ice was a little tricky, and if you have to come from behind, it’s a very tough game. You get a bit of a lead and you just play safe; that seems to be the way to do it.” The U.S. team will play China’s Haito Wang for the bronze medal on Saturday at 9:30 a.m. Sochi time (12:30 a.m. EST). Saturday’s medal games can be watched online at russiasport.ru. Live scoring and standings from the 2013 World Wheelchair Curling Championship can be found at: wwhcc2013.curlingevents.com/.