Two history-making players have been inducted into the Canadian Curling Hall of Fame, while three longtime curling boosters have been honoured with major awards, the Canadian Curing Association announced today. Cathy King of Edmonton and Sonja Gaudet of Vernon, B.C., are the 2013 Hall of Fame inductees, while Dianne Barker of Kamloops, B.C., has won the Ray Kingsmith Award for commitment and dedication to curling, Samantha Stouffer of Brantford, Ont., has been named Volunteer of the Year, and Pat Bibby of Prince Albert has won the CCA Award of Achievement. 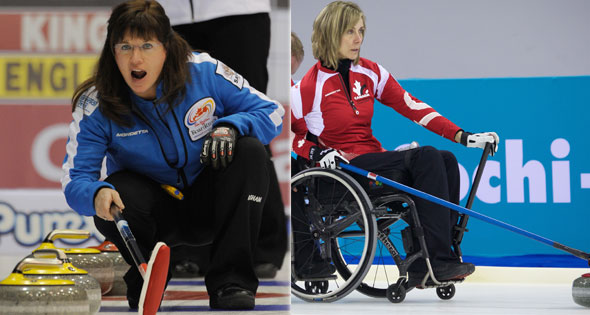 King and Gaudet will receive their awards during the CCA’s annual meetings in June; Stouffer will be honoured at the 2013 Tim Hortons Brier in Edmonton; and Barker and Bibby will be recognized by their respective Member Associations for their achievements. Here’s a closer look at the 2013 honourees: Cathy King (Hall of Fame) 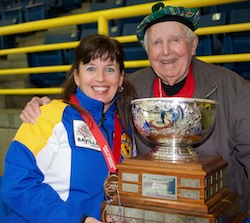 King made history in 2012 by becoming the first skip to ever win Canadian curling championships at the junior (back to back in 1977 and 1978), women’s (1998) and senior levels (2012). A bronze-medallist at the 1998 Ford World Women’s Championship in Kamloops, B.C., King will once again wear the Maple Leaf on the international stage when she plays at the 2013 World Senior Women’s Championship, April 13-20 in Fredericton, N.B. “I was pretty shocked to hear about this,” said King, who played in seven Scotties Tournament of Hearts, collecting gold in 1998 at Regina, and placing a second a year later at Charlottetown. She also earned a silver medal in 1995 at Calgary. “I thought maybe at some point I might be recognized, but I didn’t think it would be this soon, so it was really a nice surprise. The only thing I feel kind of strange about is that it’s not really an individual sport. I have to thank all the players who helped me top win this award because I couldn’t do it by myself. It’s all to do with them, too.” Sonja Gaudet (Hall of Fame) 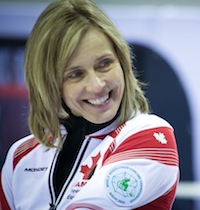 Canada’s most decorated wheelchair curler is showing no signs of slowing down. Gaudet has won gold medals at the past two Paralympic Winter Games, playing lead both times (in 2006 at Torino, Italy, with skip Chris Daw; in 2010 at Vancouver with skip Jim Armstrong). As well, this past weekend  in Sochi, Russia, Gaudet won her third world wheelchair curling championship gold medal. She also won gold in 2009 in Vancouver and 2011 in the Czech Republic, all with Armstrong as the skip. “It totally comes as a surprise to me, for sure,” said Gaudet. “I mean, I’ve been treated like royalty by the CCA from Day 1 and I’ve thoroughly enjoyed being an athlete on the national wheelchair curling team. I am thrilled.” Gaudet becomes the first athlete inducted into the Canadian Curling Hall of Fame based on her wheelchair curling achievements (Armstrong also is a member, but was inducted prior to taking up wheelchair curling). “Our sport has just moved forward in leaps and bounds,” said Gaudet. “The gap between the grassroots and our level is nowhere near what it was a few years ago. The skill level of our sport and the awareness of our sport has just grown tremendously. And this honour is definitely an indication of that.” 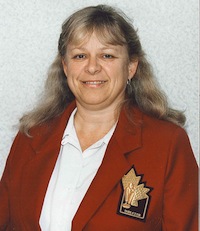 Dianne Barker (Ray Kingsmith Award) Former CCA president Ray Kingsmith was a tireless worker on behalf of curling, and the same description can be applied to Barker. She’s a life member of the Kamloops Curling Club who’s participated in curling as an athlete, as an administrator (she served on the boards of the CCA and CurlBC) and as an official, having worked countless national and international competitions, including in recent years being the chief umpire at the 2011 and 2012 world junior championships. She was also the deputy chief of competition at the 2010 Winter Olympics in Vancouver and will work as an on-ice official at the 2014 Winter Olympics in Sochi, Russia. Samantha Stouffer (Volunteer of the Year) 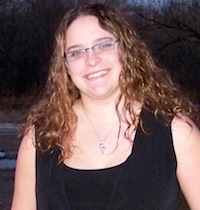 Curling can’t succeed without the commitment of its volunteers, and Stouffer embodies the spirit of giving back to the Roaring Game. During the 2011-12 curling season, while attending university on a full-time basis, Stouffer embarked on a mission to create a program for children outside of a classroom setting. The end result was called Field Trip Fridays. The program introduced curling to students in Grades 2-8 at a cost of just $2 per student. She held classroom sessions with the students to teach them the sport, and then put them on the ice at the Paris Curling Club to give them hands-on-experience. It proved wildly popular as 942 students took part. The second year of the program was immediately filled with no advertising required. Pat Bibby (Award of Achievement) The CCA Award of Achievement recognizes individuals who have contributed significantly in one of four areas: builder, technical development, marketing and media. Bibby has been a longtime volunteer for the Saskatchewan Curling Association, and has been an active player, coach, instructor and official. She has been an instructor at the SCA’s Prairieland Curling Summer Camp since 1995. A member of the Prince Albert Sports Hall of Fame, Bibby was the vice-chair of the 2008 Canadian Senior Men’s and Women’s Curling Championships host committee.