The Canadian Curling Association is pleased to announce that Ludus Tours, an international sports travel and hospitality company, has joined the CCA family as an official business partner. Ludus Tours was created in 2003 and has similar agreements in place with organizations such as USA Track&Field, Athletics Canada and USA Curling. Ludus specializes in putting together comprehensive travel packages for sports fans to allow them to watch their favourite athletes on the global stage. 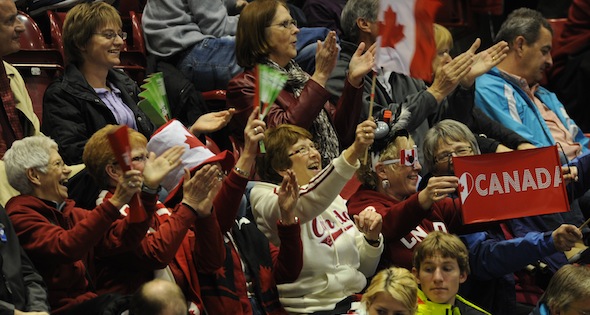 Canadian fans will have an opportunity to cheer on our teams at international events thanks to a new partnership between the Canadian Curling Association and Ludus Tours. (Photo, CCA/Michael Burns)

“We think this is a wonderful opportunity for curling fans in Canada to be able to wave the Maple Leaf flag around the world,” said Canadian Curling Association Chief Executive Officer Greg Stremlaw. “Ludus Tours has a proven history of offering high-quality tour and hospitality packages to sports fans, and we’re happy to be working with them to promote Canadian curling at international events.” 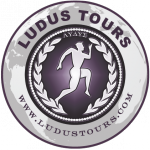 As part of the new agreement with the Canadian Curling Association, Ludus is introducing Follow Team Canada packages to allow Canadian curling fans to watch our national teams compete in international events. The first opportunity to do so will be at the World Women’s Curling Championship, which begins March 16 in Riga, Latvia. The packages will include flights, hotel accommodations and guaranteed ticketing for all Canadian games. For more information, phone 1-866-343-6133 or email [email protected] Ludus and CCA are also in place for Canadian curling fans to purchase packages to attend the 2014 World Financial Group Continental Cup in Las Vegas next January; the 2014 Winter Olympics in Sochi, Russia, next February; and the 2014 World Men’s Curling Championship in Beijing, China, in late March 2014. “Curling is one of those signature Winter Olympic sports, so being able to connect with such a strong and passionate fan base is a great opportunity,” said Adam Dailey, Ludus’ Chief Strategy Officer. “We’re so excited about welcoming the folks at the Canadian Curling Association to the Ludus family!” As part of the agreement, there will be a major contest announced in the near future offering a VIP package for two to a future world-class sporting event. Keep checking www.curling.ca for further details. About the Canadian Curling Association The Canadian Curling Association (CCA) is the national sport governing body responsible for the development, promotion and organization of curling in Canada. In cooperation with its Provincial and Territorial Member Associations from across Canada, the CCA provides programs and services to curlers ranging from the youngest ‘little rocker’ (age 7 and up), to those participating at ages 70 and over – and from aspiring Olympians to Canadians with special needs, coaches, curling facility operators, ice makers and officials. The CCA also oversees and provides the comprehensive management of the Season of Champions event portfolio; develops and administers the Canadian Team Ranking System (CTRS) for Olympic qualification; and organizes and operates the championship system for Juniors (under 20), Seniors (over 50), Mixed, Women, Men, University and Wheelchair. About Ludus Tours Ludus Tours is the Official Tour Operator for USA Curling, USA Luge and US Speedskating, among other sport national governing bodies. Ludus offers special discounts on most tour packages for U.S. Bobsled and Skeleton Federation members, and fans can view Sochi travel online at www.wintergames.travel. Ludus Tours provides complete travel, tour and hospitality packages to the world’s premier sporting and cultural events, including the 2014 World Cup in Brazil, 2016 Summer Games in Rio de Janeiro, and Pamplona’s Running of the Bulls, among others. Ludus Tours is based in San Diego, Calif. For more information, please visit www.LudusTours.com.