World Juniors: A bronze medal – and much more

Two young Canadian teams are on their way home from the World Junior Curling Championships with a bronze medal – and so much more, says Canadian Team Leader Andrea Ronnebeck. While the men’s team (Winnipeg’s Matt Dunstone, Colton Lott, Daniel Grant and Brendan MacCuish, with alternate Josh Barry and coach Scott Grant) made it to the playoffs and won the bronze, Ronnebeck watched the women’s team from Kamloops, B.C. (Corryn Brown, Erin Pincott, Samantha Fisher, Sydney Fraser and alternate Cathlia Ward, with coach Ken Brown) fight through a highly competitive round robin, finishing out of playoff contention. 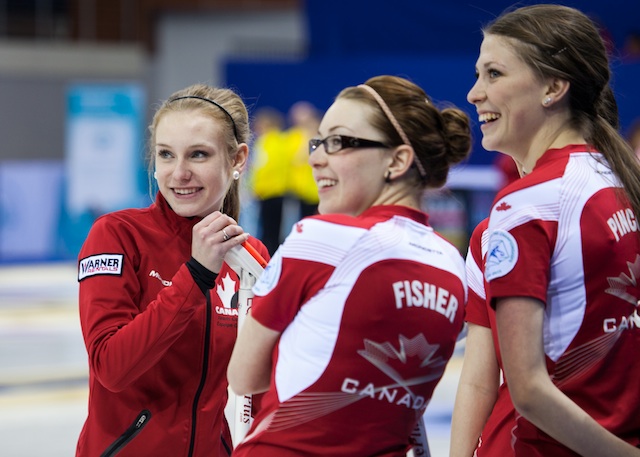 Whether they brought home medals or not, the focus for these young curlers was on representing Canada well, as a team, and that goal was successfully accomplished. “We all know how much pressure comes from curling with the Maple Leaf on our backs,” said Ronnebeck. “These two groups – actually one big team by their behaviour – never showed that they felt anything but pride, excitement and joy at representing Canada at this competition. “While the girls weren’t in the playoff round, they were at the boys’ playoff games, dressed from head to toe in Canada clothing, including Maple Leaf pants made for them by Erin’s mother. They led the cheering and made the guys feel supported. They feel like they shared in the win, and so they should.” Beyond the arena, the trip to Sochi was eye-opening for the young Canadians as well. Ronnebeck shared the story of the girls, wearing their Canadian team jackets, visiting a local bazaar to do some shopping and being greeted warmly by the local residents. “Everywhere they went, there were smiles, waves and handshakes,” said Ronnebeck. “That says a lot in a country where there are cultural norms around smiling that are very different from Canada. At first the volunteers at the Ice Cube were very reserved, but as the competition went on, they became more outgoing, wishing the teams luck, asking if everything was good, and actually smiling.” Ronnebeck pointed out that the level of competition in junior curling on the world stage is now extremely high, and teams have to earn their points since misses and steals are few. The Dunstone and Brown teams, despite being among the youngest in the competition, held their own and were fuelled by knowing their experience was making a contribution, win or lose, to the success of Canadian teams heading for Sochi in 2014. “Canadian teams not only have to have the technical skills for high performance, they have to have the mental toughness and emotional control,” Ronnebeck said. “It is a roller-coaster ride and the teams didn’t just hold on, they savoured every moment. The fact that their experience was being drawn on to help our Canadian Olympic teams prepare really had a positive impact on them.” Team Canada comes home from Russia with a bronze medal and some valuable insight into international competition. Said Ronnebeck: “I’d like to add how proud I feel to be Canadian by the way these two teams conducted themselves here in Sochi.” 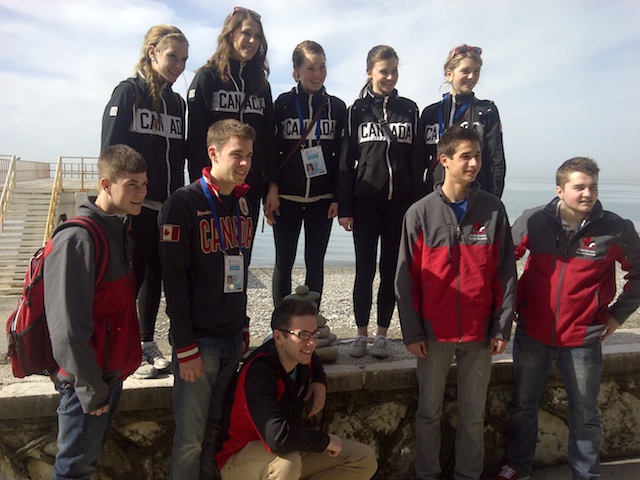