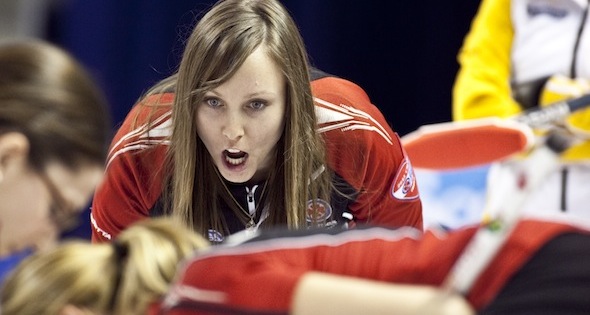 Homan, third Emma Miskew, second Alison Kreviazuk, lead Lisa Weagle, alternate Stephanie LeDrew and coach Earle Morris earned the right to wear the Maple Leaf by winning the Scotties Tournament of Hearts Canadian women’s championship on Feb. 24 at the K-Rock Centre in Kingston, Ont., beating Manitoba’s Jennifer Jones in the gold-medal game. Now, Homan, who along with Miskew won a silver medal representing Canada at the 2010 World Junior Championships in Flims, Switzerland, will attempt to give our country its first World Women’s Championship gold medal since Jones won in 2008 at Vernon, B.C. “Before we went in (to the Scotties) I said that I believed that we could win it,” said Homan. “The same goes for worlds. We know what we need to do to get that championship and to get on the podium.” The 2013 World Women’s Curling Championship will take place at the 1,000-seat Volvo Sports Centre. Canada has been on the medal podium a leading 29 times in the 34-year history of the World Women’s Championship, and no other country has won more gold medals than Canada’s 15 (Sweden is next with eight gold medals). 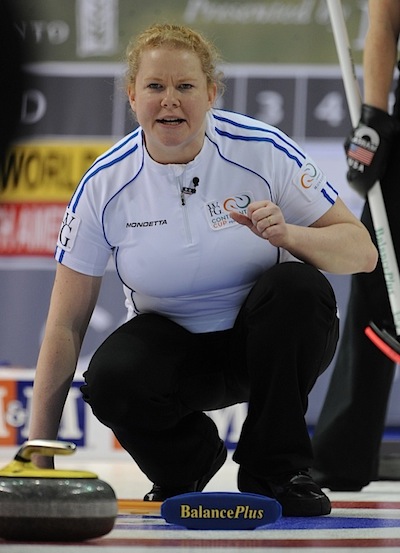 Included in those 29 medals are six silver and eight bronze, including Edmonton’s Heather Nedohin placing third at last year’s Ford World Women’s Championship in Lethbridge, Alta., by beating South Korea’s Ji-Sun Kim in the bronze-medal game. The field in Latvia is star-studded, including Muirhead, a four-time world junior champion who won a silver medal at the 2010 Ford Worlds in Swift Current, Sask.; two-time world champion Andrea Schöpp of Germany, won won gold in 1988 at Glasgow, Scotland, and in 2010 at Swift Current; and China’s Bingyu Wang, who won the 2009 world championship at Gangneung, South Korea, and bronze at the 2010 Winter Olympics in Vancouver. Other notables include 2012 silver-medallist Margaretha Sigfridsson of Sweden, who lost last year’s gold-medal game in Lethbridge to Switzerland’s Mirjam Ott; Oakville, Ont., resident Erika Brown of the U.S., who won silver medals in 1996 at  Hamilton and in 1999 at  Saint John, N.B.; and reigning European champion Anna Sidorova of Russia. The field is rounded out by Lene Nielsen of Denmark, Diana Gaspari of Italy, Satsuki Fujisawa of Japan, Silvana Tirinzoni of Switzerland and Iveta Staša-Šatšūne of Latvia. It will be the last chance for countries to gather qualifying points to make the field for the 2014 Winter Olympics in Sochi, Russia. Canada has already guaranteed its spot in the Olympic tournament. TSN will broadcast all of Canada’s round-robin games, and also will televise the playoffs leading to the gold-medal game on March 24 at 8 a.m. ET. Here is Canada’s round-robin schedule (all times ET): March 16 — vs. Scotland, 1 p.m. March 17 — vs. Italy, 8 a.m. March 17 — vs. Denmark, 1 p.m. (4 p.m., TSN2, tape-delayed) March 18 — vs. Russia, 2:30 a.m. March 18 — vs. U.S.A., 12:30 p.m. March 19 — vs. Latvia, 7:30 a.m. March 19 — vs. Sweden, 12:30 p.m. March 20 — vs. Germany, 2:30 a.m. March 20 — vs. Switzerland, 12:30 p.m. March 21 — vs. China, 2:30 a.m. March 21 — vs. Japan, 7:30 a.m. For Team Canada updates, go to www.curling.ca. For live scoring, standings and team lineups from the Women’s Worlds, go to: wwcc2013.curlingevents.com/.