It will be a star-studded Team World entry that takes to the ice at the Orleans Arena in Las Vegas for the 2014 World Financial Group Continental Cup, it was announced today. 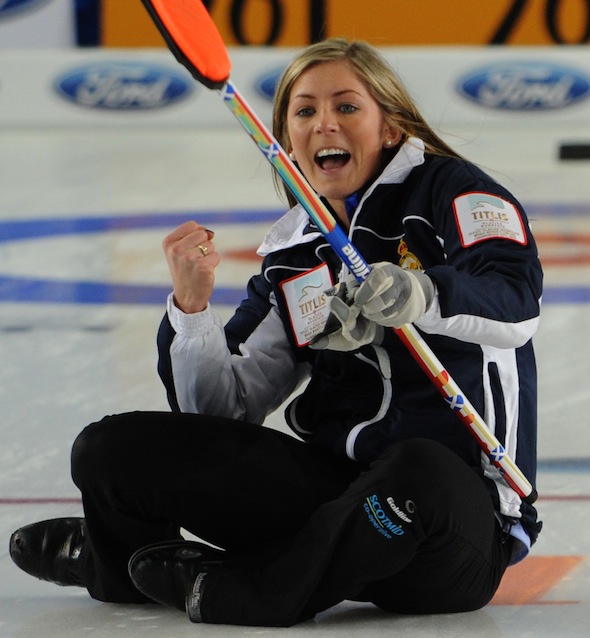 Scottish star Eve Muirhead will prepare for the Winter Olympics by playing for Team World in the 2014 WFG Continental Cup in Las Vegas. (Photo, CCA/Michael Burns)

The reigning men’s and women’s world curling champions will headline the World squad, which will be attempting to take back the title of Continental Cup champions from the host Team North Americans in curling’s version of the Ryder Cup, scheduled for Jan. 16-19, 2014. Scotland’s Eve Muirhead, who won the Titlis Glacier Mountain World Women’s Championship last March in Riga, Latvia, and Sweden’s Niklas Edin, who captured the Ford World Men’s Championship last April in Victoria, B.C., are the big names on Team World. Both teams will represent their countries (Muirhead will wear Team Great Britain colours) at the 2014 Winter Olympics in Sochi, Russia. “We are thrilled that the world champions have decided to play in the first WFG Continental Cup ever staged outside of Canada,” said Nevada Lieutenant Governor Brian Krolicki. “We look forward to welcoming some of the world’s elite curlers representing Asia, Europe and North America to our iconic entertainment capital.  We will do everything we can to ensure that the athletes and fans have an exciting and memorable experience of a lifetime.” Muirhead and Edin are, by no means, the only stars on Team World, which will be looking to even the score in the 10th edition of the WFG Continental Cup. Team North America has won five times, including in the 2013 event at Penticton, B.C. The sides have alternated victories since the inaugural Continental Cup, in 2002 at Regina. 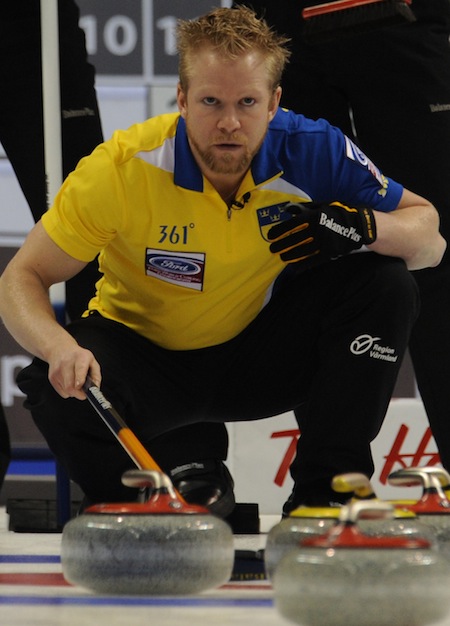 The two other men’s entries are skipped by two-time world champion David Murdoch of Scotland and three-time world bronze-medallist and 2010 Olympic silver-medallist Thomas Ulsrud of Norway. The Team World women’s contingent will be rounded out by Olympics-bound four-time world silver-medallist Margaretha Sigfridsson and rising 22-year-old Japanese star Satsuki Fujisawa, who just missed making the playoff tiebreaker at the 2013 World Women’s Championship in Latvia. Former world champ David Hay of Scotland and three-time world champ Peja Lindholm of Sweden will return to as Team Captain and Coach respectively. The Team North America lineups won’t be known until later this year. The men’s and women’s champions from the 2014 United States Olympic Curling Trials, Nov. 10-17 in Fargo, N.D., will qualify, while the four Canadian teams (two of each gender) won’t be known until following the Tim Hortons Roar of the Rings Canadian Curling Trials Dec. 1 to 8 in Winnipeg. “We’re genuinely excited to see what Las Vegas has in store for the 2014 WFG Continental Cup,” said Canadian Curling Association Chief Executive Officer Greg Stremlaw. “We know that Team World will be eager to take the Cup back, and we also know Team North America will feature some of the biggest names in the sport. And Las Vegas should provide a wonderful showcase for this unique event.” The Continental Cup features six teams from North America competing against six teams representing the rest of the world in various disciplines during four days of competition — tradtional team games, mixed doubles, singles, mixed skins and standard skins games. Each segment awards points for wins (or ties). A total of 60 points are available, meaning the side that earns more than 30 points will be declared the champion. For the six mixed Doubles and six singles matches, one point will be awarded for each victory, one-half point if tied). There will be 18 team games (nine men’s and nine women’s) played, each worth one point for a win and a half-point for a tie. All games are eight ends and there are no extra ends.  There will also be six skins games, with each game worth a total of five points to the winner. 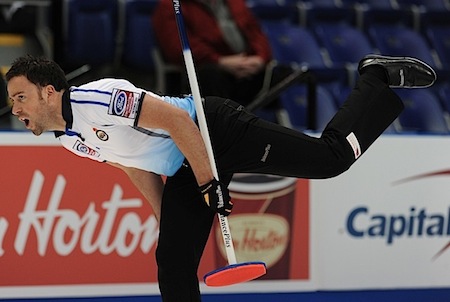