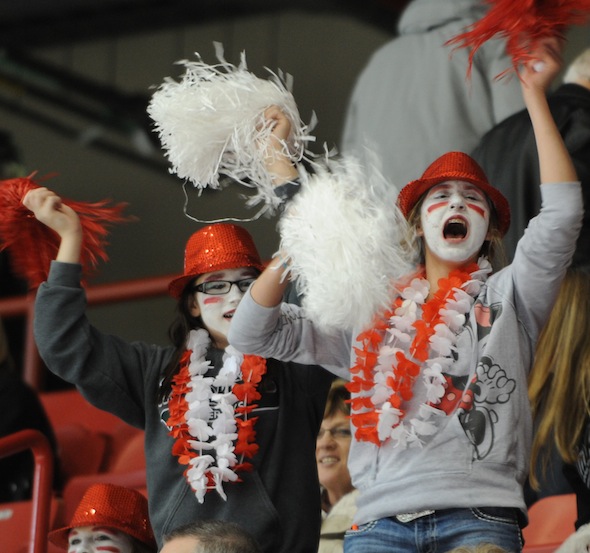 Canadian curling fans have much to look forward to as planning is already underway to decide Canada’s future gold-medal hopefuls. (Photo, CCA/Michael Burns)

The Canadian Curling Association (CCA), the governing body for the sport in this country, may make some minor modifications to the process, it was announced today, but those potential modifications are still being studied internally to determine the best methods for ensuring Canada’s top men’s and women’s curling teams will play for the right to represent our country at the 2018 Winter Olympics in South Korea. The CCA’s Canadian Team Ranking System will once again play a major role in determining the 2018 hopefuls, and results picked up even during this Olympic season will play a role in determining teams for the 2017 Trials. “We wanted to make sure teams are aware as soon as possible that even teams that don’t qualify for Sochi still have plenty to play for this season,” said CCA Chief Executive Officer Greg Stremlaw. “Much of the focus will be on Sochi, for obvious reasons, but the planning is ongoing and the 2018 Games in Pyeongchang, South Korea, are also in our sights as we strategically plan for the future.” What is known about the qualifying process for the 2017 Canadian Curling Trials is that the top five men’s and five women’s teams on the CTRS at the conclusion of the 2013-14 curling season, along with the men’s and women’s winners at the 2013 Roar of the Rings, and the champions of the 2014 Tim Hortons Brier in Kamloops, B.C., and 2014 Scotties Tournament of Hearts in Montreal, will qualify for the next Canada Cup, in December 2014 (site to be announced). The men’s and women’s champions in the 2014 Canada Cup will take home not only the winner’s cheque, but also berths in the 2015 Continental Cup (site to be announced) as well as the 2017 Road to the Roar Pre-Trials. Only CTRS points from the 2015-16 and 2016-17 seasons will be taken into account for cumulative-standings qualifying criteria, which is the same policy that was used for the 2013 Pre-Trials and Trials. As well, men’s and women’s winners of the 2015 and 2016 Canada Cups will earn direct-entry berths into the 2017 Roar of the Rings Canadian Curling Trials. Further announcements will be made once the final qualifying process for the 2017 Pre-Trials and 2017 Trials is determined. The 2013 Capital One Road to the Roar Pre-Trials, presented by Monsanto, are scheduled for Nov. 5-10 in Kitchener, Ont. Event and ticket information is available at www.curling.ca/2013roadtotheroar-en/. The 2013 Tim Hortons Roar of the Rings Canadian Curling Trials, presented by Monsanto, are scheduled for Dec. 1-8 in Winnipeg. Event and ticket information is available at www.curling.ca/2013roaroftherings-en/.