As Team Newfoundland and Labrador was announced at the opening ceremonies of the 2013 Senior Curling Nationals, out walked best friends and teammates Geoff Cunningham and Rob Thomas, the reigning Canadian Senior Men’s Curling Championships silver medalists. 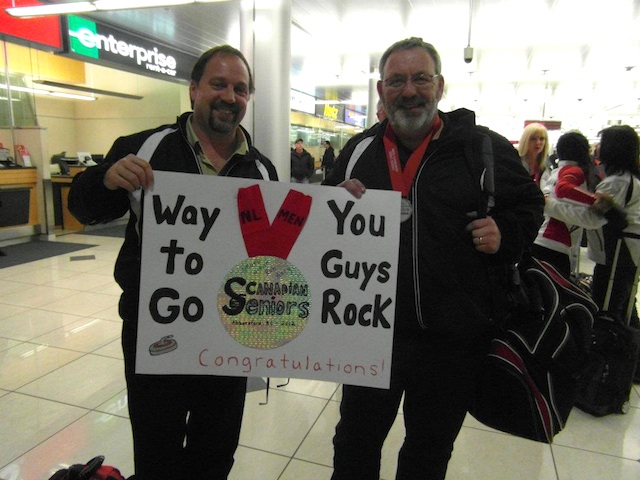 Geoff and Rob are best friends who have stood at each other’s weddings, vacationed together, won and lost provincial finals together and played their first Junior Nationals together in 1976, at age 15. Flashback to 1960 at the Grace General Hospital in St. John’s, N.L., where (born only five days apart) Geoff and Rob were in the nursery together. No one knew it then, but a famed curling duo was born. Both Geoff and Rob grew up in families that were well established in the local curling community. It was only natural that when the boys reached “School Boys” age (now known as Bantam) they would compete for Prince of Wales Collegiate School, together. “It was in our blood,” Geoff says. “All of our friendships were built around the curling club.” In their first year as School Boys, at age 15, the friends and their teammates – third Derek Benson and second Jim Piercy – beat the Junior team (skipped by Lee Butler) to earn the right to represent Newfoundland and Labrador at the 1976 Junior Nationals, the team’s first big win of many. Three years later, the best friends returned to the Junior Nationals, this time with John Allan at second. The 19-year-old boys from “the Rock” finished first in round robin and earned a bye straight to the final. Playing Mert Thomsett of Manitoba, they were up one coming home, but the Manitoba foursome proved tough to beat. The squad of best friends from Newfoundland brought home the silver, an amazing accomplishment – especially for such a young team. 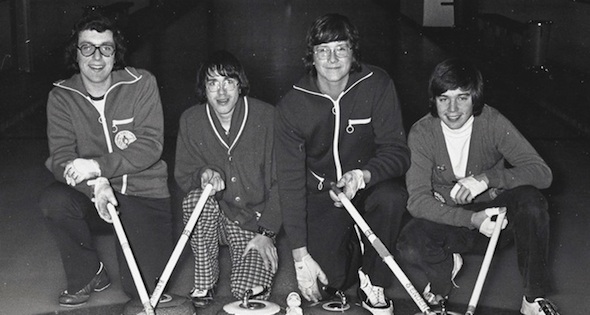 “After losing that final, we just wanted to keep curling,” says Rob. “It gave us drive knowing we could compete even being from Newfoundland. We knew whatever we did, we would stick with curling.” And stick with curling they did. Geoff went on to compete in one more Junior national championship before competing in four Briers and one Mixed national championship. Rob played in three Briers and in 1987 his rink, skipped by Mark Noseworthy, won the bronze medal. Geoff and Rob played against each other, beat each other and lost to each other, but the strong bond they created in junior play could not be broken. 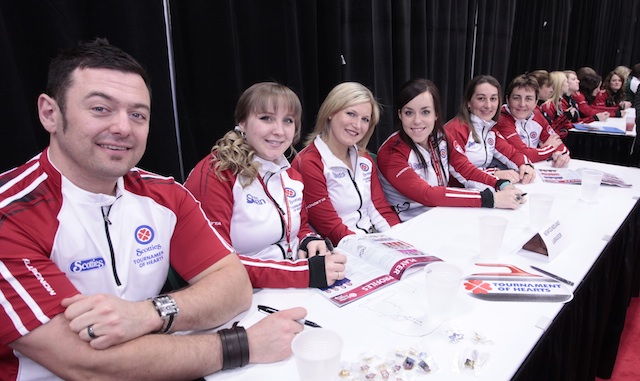 While playing apart, both Geoff and Rob coached their daughters and met success. In 2010, Geoff and wife Cathy Cunningham (14-time Scotties participant, winning bronze in 1997 and silver in 2003) were daughters Jennifer and Jessica’s biggest fans when the sisters represented Newfoundland and Labrador together in Sorel-Tracey at the Canadian junior championships. Jen has since gone on to follow in her mother’s footsteps, competing in the 2012 Scotties Tournament of Hearts. Rob also took on a big coaching role with his daughter, Noelle, who in 2002 won silver at the Junior Nationals in Summerside, where Suzanne Gaudet (now Birt) won her second straight Junior title. The ties between the Thomases and Cunninghams doesn’t stop with the parents: when Jen attended the Scotties, Rob’s daughter, Noelle, went with her, as the team’s fifth. 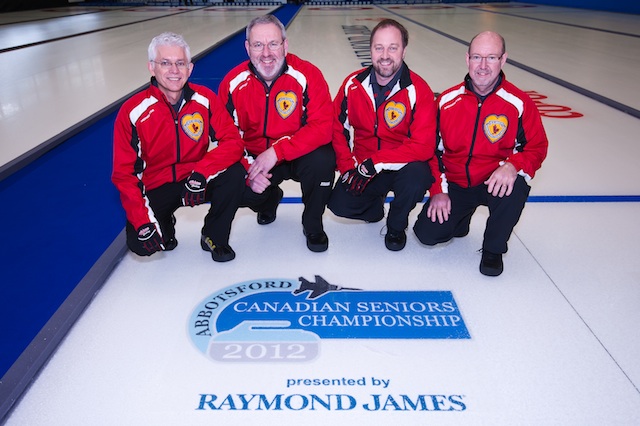 So what have all these years of curling together meant to Geoff and Rob? A pile of laughs, and lots of success. “People always preach about the journey,” Geoff says. “The best part of all of this has been the good times. We’ve grown up through curling, and we’ve grown up together.” “We’ve been having good times since almost getting switched at birth,” jokes Rob. The biggest lesson they have learned together is one they hope to instil in young curlers across the country: “You don’t have to win to have fun, and if you do… you’re on the wrong team.” Something to keep in mind – all of Geoff and Rob’s curling success began with junior play. Keep Calm and Curl On! Read more stories about junior curlers and junior curling programs in previous editions of Inside Junior Curling.