Schmirler to be featured in Canada Post 2014 stamp program

(Canada Post News Release) Ottawa — From celebrating some of this nation’s most prominent country music stars and female athletes to recognizing significant moments in our history, Canada Post’s 2014 stamp program will demonstrate the diverse combination of achievement, progress, culture and tragedy that helps define Canada. 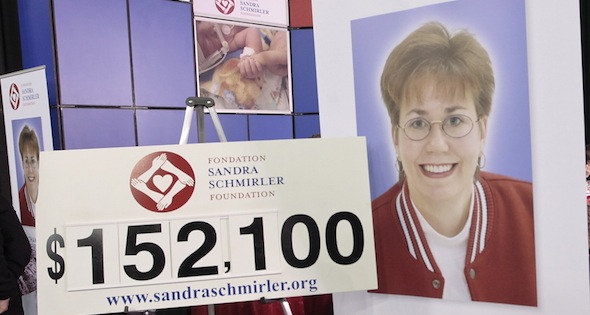 Sandra Schrmirler, whose memory is honoured during the annual Sandra Schmirler Foundation fundraisers at the Scotties Tournament of Hearts, will be featured in 2014 on a stamp issued by Canada Post. (Photo, CCA/Andrew Klaver)

In a new series to be issued in July, country music stars Tommy Hunter, k.d. lang, Renée Martel, Hank Snow and Shania Twain will appear on stamps for the first time. Distinguished athletes – curler Sandra Schmirler, figure skater Barbara Ann Scott and freestyle-skiing pioneer Sarah Burke – will be featured in February in a set of stamps commemorating Canadian Women Winter Athletes. The new stamp program will also tell the compelling stories of the Komagata Maru incident – a Japanese steamship carrying hundreds of passengers from India which was refused permission to land in Vancouver in May 1914, and – in the same month – Canada’s deadliest peacetime maritime accident: the sinking of the RMS Empress of Ireland. “These stamp collections visually narrate some of our country’s defining moments – from our darkest days to those of immense pride, the 2014 program offers us some incredible stories to remember,” says the Honourable Lisa Raitt, Minister of Transport and responsible for Canada Post. “Collectively we continue to capture moments that will long live through our stamp collection. And we encourage everyone to take note of these stories as they truly mark who we are as Canadians,” says Deepak Chopra, President and CEO of Canada Post. Other new topics in the stamp program include anniversaries of cultural icons such as the Royal Ontario Museum (100th anniversary) and the National Film Board of Canada (75th anniversary), Haunted Canada series, the return of the CFL to Ottawa and the UNESCO World Heritage Site series.