John Morris spent last Sunday afternoon on the ice at the North Hill Community Curling Club in Calgary, but he wasn’t practicing for another upcoming championship event. Instead, Morris joined kids and mentors from the Big Brothers and Big Sisters of Calgary and Area (BBBS Calgary) for some curling lessons and games – and the presentation of a cheque from his sales of the 2014 Men Of Curling calendar. Morris has been a mentor with BBBS Calgary in Chestermere for over two years. “I became friends with (CFL quarterback) Henry Burris during his All-Star weekend gala and he introduced me to the Big Brothers program as he had been a Big Brother for many years,” Morris said. “I applied and went through a matching process where they matched me with my little brother, Cole.” 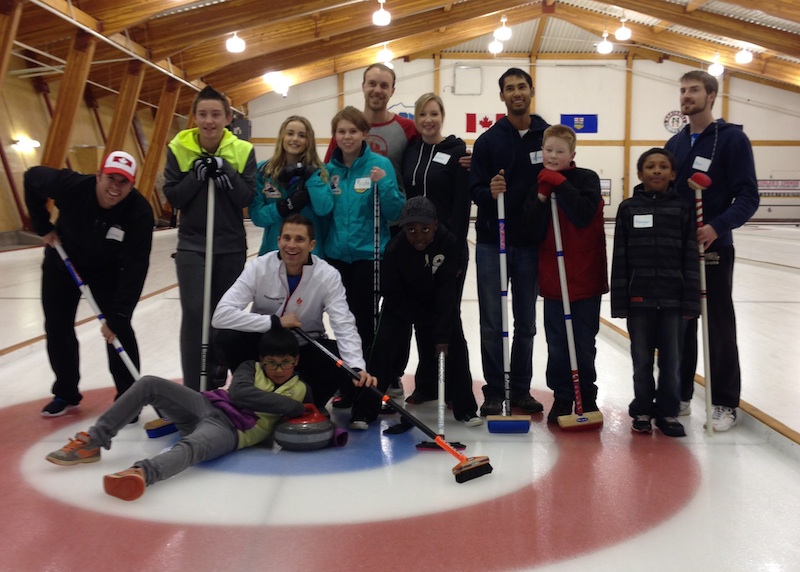 The 2014 Tim Hortons Brier finalist and 2010 Olympic gold medallist says that he looks up to athletes who take time to give back to their communities. “This has been such a rewarding experience for me because I feel I can help be a positive role model for a little guy who might not have been as fortunate as I was,” he said. Morris’s involvement as a mentor is making a difference, says David Case, Communications and Marketing Specialist for BBBS Calgary. “First and foremost, John is an excellent mentor and we appreciate everyone who takes the time to make that commitment,” said Case. “John and his mentee, Cole, have lots in common (Cole’s mom joked that they get their hair cut at the same barber now) and their relationship has grown into something really special.” But it’s more than that, said Case. Morris is also an advocate for BBBS Calgary, giving generously of his time to speak at Galas and on the radio, and to participate in fundraising events. “I think it’s important to note that John organized the curling event himself,” said Case. “He worked with the venue, arranged for other coaches and found sponsors for the food. All we did was bring in the matches (the ‘bigs’ and the ‘littles’) and volunteers to help.” Case said the event helped raise awareness for the opportunities and contributions volunteers like Morris can share through the Big Brothers and Big Sisters mentoring program. “I think this event is a great showcase of how fun it can be to be a mentor,” he said. “Lots of people think that you need to deliver life lessons each time you meet, which isn’t true. Life is already full of lessons, mentors teach by example and by sharing fun things. Yes, we did put this event on, but our matches play sports and games just like this each week. Anyone can be a mentor!” Sunday afternoon at North Hill Curling Club was “amazing,” said Morris who ended the day by presenting the organizers with a cheque for $13,300 from his sales of the Men of Curling calendar. “Everyone had a blast,” he said about the very successful event. “And it was a chance to expose our great sport of curling for the first time to some youths who probably would never get to try it otherwise.” 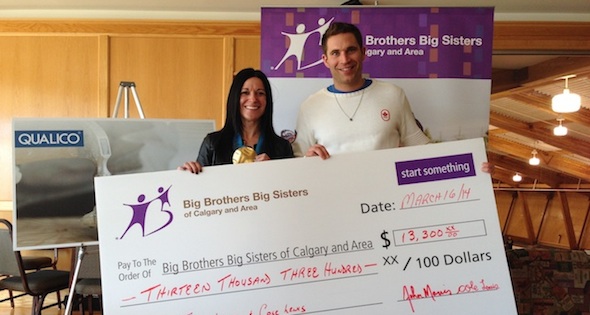