A familiar face will take the reigns of the reigning Canadian men’s curling champions, it was announced today. 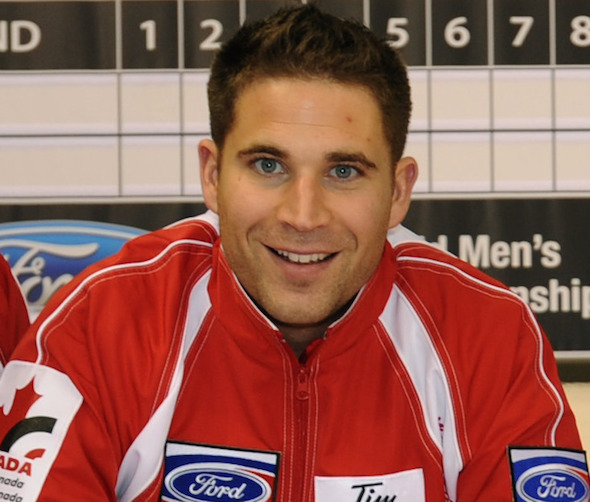 John Morris will be the skip of Team Canada at the 2015 Tim Hortons Brier, presented by SecurTek, the 2014 Canada Cup of Curling and the 2015 WFG Continental Cup. (Photo, CCA/Michael Burns) 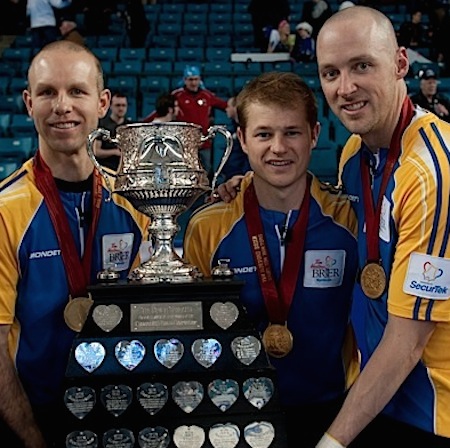 Koe left the team earlier this month to form a new team with third Marc Kennedy, second Brent Laing and lead Ben Hebert. “We’re thrilled to be able to bring aboard a player of John’s calibre,” said Simmons. “Of course, we’ve always had a great deal of respect for John as a player and a rival, and we’re excited about what we can do together on the ice next season.” Morris said he will play a limited schedule during the 2014-15 season due to work commitments, with only a few World Curling Tour bonspiels planned outside of the Alberta Triple Crown events. “My plan was to take the 2014-15 season off as I move ahead in my career as a firefighter,” said Morris, a resident of Chestermere, Alta., just outside of Calgary. “But to be able to play for Team Canada, and considering the Alberta events are so close to home, it was hard to pass up on this offer. I talked it over with Jim, Tyrel and Rick and they were very understanding. I can’t thank them enough for the season we had, and I wish them nothing but the very best going forward.” Rycroft will only be playing in the Alberta Triple Crown events, so the team also announced today that former world champion Scott Bailey will take his place at second for World Curling Tour events. Tickets for the 2014-15 Alberta Triple Crown are available at www.curling.ca/tickets/ The French version of this story will be posted as soon as possible at www.curling.ca/fr