Rivals on the ice but friends off the ice

April 7, 1997: The Hartford Whalers vs the Buffalo Sabres. Wayne Primeau runs over goalie Sean Burke, and the two start to mix it up, goalie vs player. 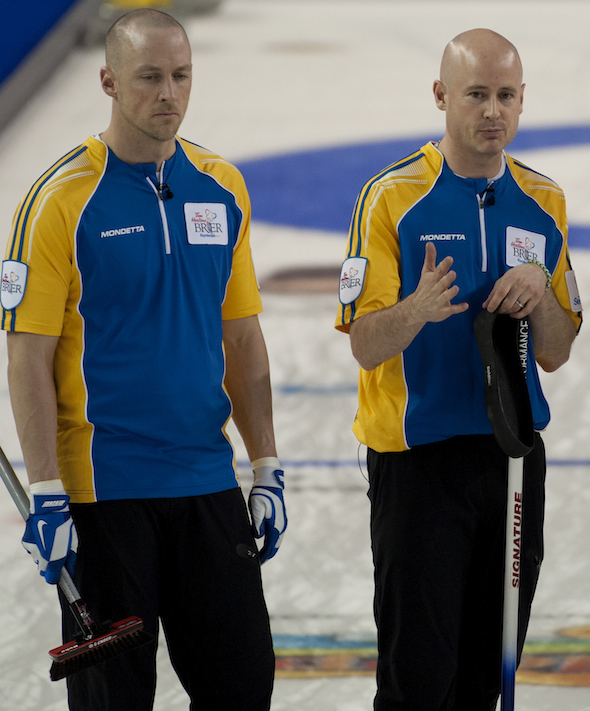 Nolan Thiessen, left, and Kevin Koe won a Canadian championship together last March, but this coming season they’ll be on different teams, both hoping for a second straight win at the Tim Hortons Brier. (Photo, CCA/Michael Burns)