But the real winners coming out of the tournament were young curlers across Canada, who’ll reap the benefits of the funds raised through the CCA’s For the Love of Curling philanthropic program. The 18-hole scramble tournament capped the Canadian Curling Summit, a four-day gathering that saw curlers and administrators from across Canada come together for a meeting of the minds to discuss new techniques for continuing to grow the sport. 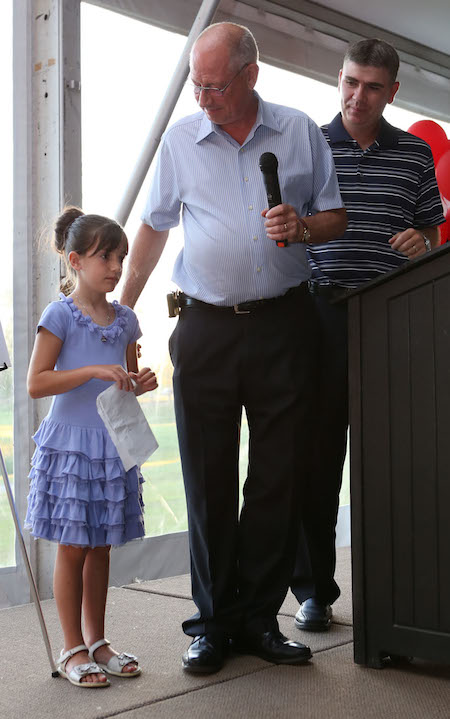 Funds raised through entry fees to the tournament, sponsorships and a silent auction and live auction and will go to For the Love of Curling, which completed a successful first curling season by awarding 10 $1,000 scholarships earlier this month to scholar-athletes in hopes of helping them both on the ice and in the classroom. “It was just a terrific day on the course, and it was so gratifying to see people participate in an event that will have such a profound effect on developing future curling champions,” said Rachael Wilson, Director, Fund Development, for the CCA. “We got so much positive feedback from the participants and we’re already looking forward to our second Swing & Sweep tournament. I can’t say thank-you enough to Pinty’s for its support of the event, as well as all of our other sponsors.” Among the highlights of the day was the appearance of eight-year-old Riley Puhl, a curler in Niagara Falls who won an essay contest detailing her love of the sport. She and her grandfather, Norman Todd, curl together and were saluted with a prolonged ovation from the crowd at Thundering Waters after her speech was read to the crowd.