Canada’s Prouse and Lochanski named to WCF executive board

Two former Canadian Curling Association Board of Governors chairs will be part of the World Curling Federation’s executive board for the next two years. 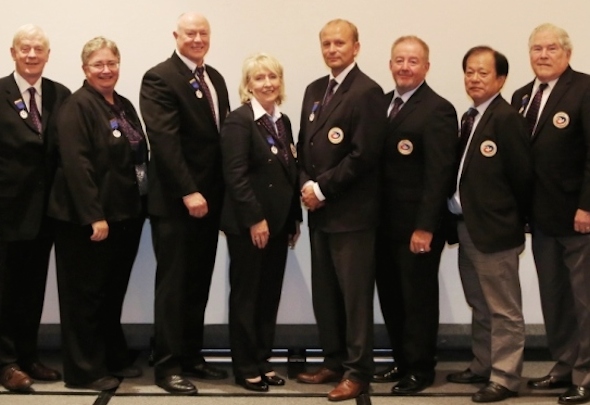 Graham Prouse of Fort Nelson, B.C., was acclaimed to the position of Vice-President, Americas, while Edmonton’s Laura Lochanski was elected to the position of Director at Large as the WCF concluded its third annual World Curling Congress on Sunday in Reno, Nev. “We were pleased with the outcome of the voting,” said CCA Chief Executive Officer Greg Stremlaw. “Graham and Laura have been tireless over the years in their support of curling, not just in our country but around the world, and we know they’ll be a valuable asset to the WCF going forward.” Prouse was already a member of the WCF board, and he takes over a position that was created as part of the organization’s new constitution. He and Lochanski join a board of directors that is headed by Scotland’s Kate Caithness, who was acclaimed to the position of president — a position she’s held since 2010. Other board directors include former Canadian mixed champion Hugh Millikin — now an Australian citizen — who was elected as Vice-President, Asia-Pacific zone; Bent Ånund Ramsfjell of Norway, who was acclaimed as Vice-President, European zone; and at-large directors Andy Anderson of the U.S., Hew Chalmers of Scotland and Toyo Ogawa of Japan. For other news coming out of the WCF’s Reno meetings, click here.