The Canadian Curling Association (CCA) today announced that Everest will be the title sponsor of the Canadian Senior Men’s and Women’s Curling Championships. 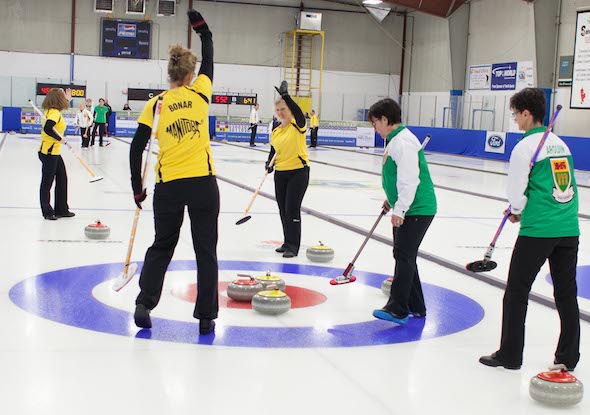 Everest will be the title sponsor for the Canadian Senior Men’s and Women’s Curling Championships for the next three years. (Photo, James MacKenzie)

To celebrate the new partnership Everest, the first nationwide funeral planning and concierge service, today also unveiled plans for the Everest-Ferbey National Pro Am, a tournament designed to promote seniors curling across the country. 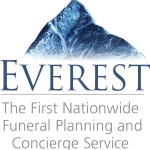 The three-year agreement begins with the 2015 edition of the Everest Canadian Seniors, scheduled for March 21 to 28 at the Thistle Curling Club in Edmonton, and continues with the 2016 Everest Canadian Seniors, March 19 to 27, in Digby, N.S. “The Canadian Seniors has been a hugely popular event over the years, and we’re pleased to welcome Everest to the CCA family as the title sponsor,” said CCA Chief Executive Officer Greg Stremlaw. “We are thrilled to be the new title sponsor of the Canadian Seniors, starting with Edmonton 2015,” said Everest CEO Mark Duffey. “It’s an exciting time for seniors curling and Everest wants to be more than a sponsor of the championships; we want to be a partner in growing seniors curling in Canada. So we are honoured to work together with Canadian Curling Hall-of-Famer Randy Ferbey to promote the sport through the Everest-Ferbey National Pro Am.” The Everest-Ferbey National Pro Am will be launched in November. The first of its kind in Canada, this men’s and women’s senior tournament will be open to curlers of all skill levels, at all CCA curling centres. Participants will be eligible for weekly prizes and automatically entered into the national grand prize draw to win an all-expenses paid trip to the Everest Canadian Seniors in Edmonton and a chance to play against Ferbey, a Hall-of-Famer, six-time Tim Hortons Brier champion and four-time world champion. “I’m proud to be a partner with Everest in the Pro Am and I’m grateful to Everest for this initiative.” Ferbey said. “By engaging senior curlers at all levels in this grassroots tournament we hope to help grow participation in curling centres all across the country.” Ferbey will be touring the country visiting select curling centres to speak with local curlers and promote senior participation in the game. The Canadian Senior Men’s Championship began in 1965 in Port Arthur, Ont. Since then, Manitoba has won a leading 11 titles. The Canadian Senior Women’s Championship began in 1973 in Ottawa. Ontario has won a leading 10 crowns. The championships were conducted separately until being combined in 1985 in Yorkton, Sask. About the Canadian Curling Association The Canadian Curling Association (CCA) is the national sport governing body responsible for the development, promotion and organization of curling in Canada. In cooperation with its Provincial and Territorial Member Associations from across Canada, the CCA provides programs and services to curlers ranging from the youngest ‘little rocker’ (age 7 and up), to those participating at ages 70 and over – and from aspiring Olympians to Canadians with special needs, coaches, curling facility operators, ice makers and officials. The CCA also oversees and provides the comprehensive management of the Season of Champions event portfolio; develops and administers the Canadian Team Ranking System (CTRS) for Olympic qualification; and organizes and operates the championship system for Juniors (under 20), Seniors (over 50), Mixed, Women, Men, University and Wheelchair. About Everest Everest is the first nationwide funeral planning and concierge service. An independent consumer advocate, Everest was launched in Canada in 2001 with the goal of creating a continent wide service to help streamline and simplify the process for grieving families. Its sole purpose is to provide information to consumers when they need to make informed choices about funeral-related issues. Serving as an impartial advocate, Everest is not a funeral home, nor does it sell funeral goods or services and does not receive commissions from funeral homes or other providers in the funeral industry. Today, Everest services are available to more than 25 million people in Canada and the United States. Visit www.Everestfuneral.com for more information. For more information on Everest, please contact: Claire Beattie, Republic Account Director Phone: 416-260-5562 ext 2015 / 416-919-5777 (mobile) Email: [email protected]