With a pile of different events going on this weekend, plenty of points were up for grabs for both the men’s and women’s Canadian Team Ranking System. And with many of the top teams out of the mix, other teams saw it as a chance to make up some ground on the leaders. 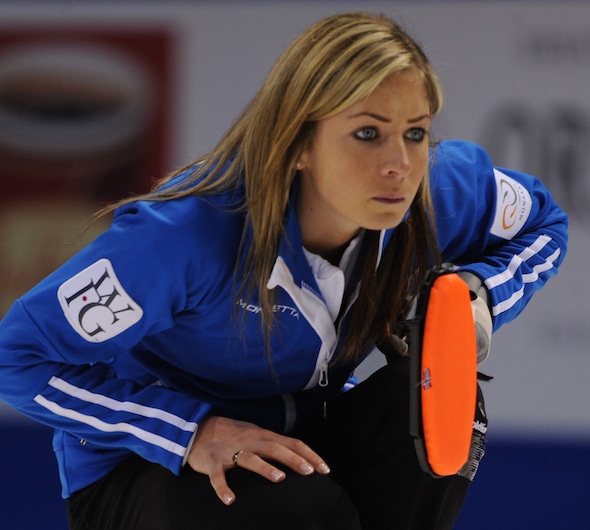 Scotland’s Eve Muirhead skipped her team to victory on the weekend in Saskatoon. (Photo, CCA/Michael Burns)

Coldwater, Ont.’s Sherry Middaugh was the big mover on the women’s list. Although she lost the final of the World Curling Tour’s Grand Slam Colonial Square Ladies Classic in Saskatoon, she (along with Jo-Ann Rizzo, Lee Merklinger and Leigh Armstrong) earned 27 points, and moved into second place, passing Edmonton’s Val Sweeting in the CTRS women’s standings. The winner of the event, Scotland’s Eve Muirhead took home the maximum 40 points (applicable only to the World Curling Tour’s Order of Merit), and a $12,000 paycheque. 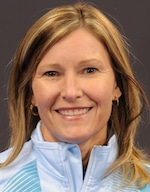 Sweeting reached the quarter-finals, but gained only 19 points. Middaugh was only eight behind to start the weekend, and now leads Sweeting (currently third) by less than a point. Both teams were able to pass Ottawa’s Rachel Homan, who drops into fourth place. Winnipeg’s Jennifer Jones remains in first place despite, like Homan, not having played this weekend. 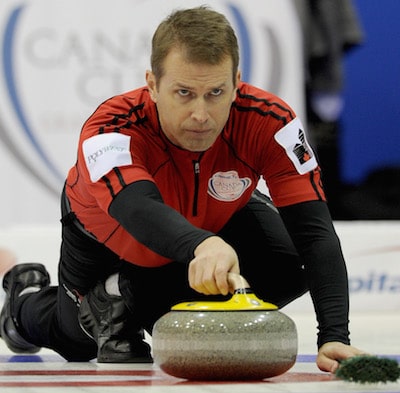 Winnipeg’s Jeff Stoughton picked up his first victory of the 2014-15 season on the weekend. (Photo, CCA/Michael Burns)

On the men’s side, Winnipeg’s Jeff Stoughton won his first event of the season, taking down Scotland’s David Murdoch in the final of the White’s Drug Store Classic in Swan River, Man. Stoughton, and teammates Rob Fowler, Alex Forrest and Connor Njegovan, were sitting 10th in the CTRS men’s race, but with 10.95 points earned, they move up to seventh. The team also took home $9,000. Across the country, in Cookstown Ont., Adam Casey (Summerside, P.E.I.) also made a move despite losing the final of the CookstownCash presented by Comco Canada, to Pat Ferris (Grimsby, Ont.). Ferris (with Andrew Fairfull, Craig Fairfull and Robert Larmer) took home $7,000 and 16.25 points. Casey, meanwhile, took home 11.375 points and moved into the ninth spot on the CTRS. Toronto’s John Epping lost a quarter-final in Cookstown, and earned 4.875 points, which puts him one point behind Brad Gushue of St. John’s for third place. Next week’s event, the Grand Slam National in Sault Ste. Marie, Ont., will offer maximum points. With so many points up for grabs, the order on the CTRS will certainly get shuffled again. Elsewhere over the weekend: •    Kamloops, B.C.’s Corryn Brown (the 2013 M&M Meat Shops Canadian junior women’s champion) beat Kelowna’s Kelly Scott in the final of the Coronation Business Group Ladies Classic in Maple Ridge, B.C. Brown, with teammates Erin Pincott, Samantha Fisher and Sydney Fraser took home $2,800. •    In Kemptville, Ont., Toronto’s Cathy Auld (with Julie Reddick, Holly Donaldson and Carly Howard) beat Julie Hastings in the final earning $5,200 and 7.5 CTRS points. Hastings (Thornhill, Ont.) sits in seventh place on the CTRS.