Manitobans on a roll

Memories of opening day at the 52nd edition of the Canadian Mixed Curling Championship at the North Bay Granite in North Bay, Ont., have become distant ones for Manitoba skip Jared Kolomaya. 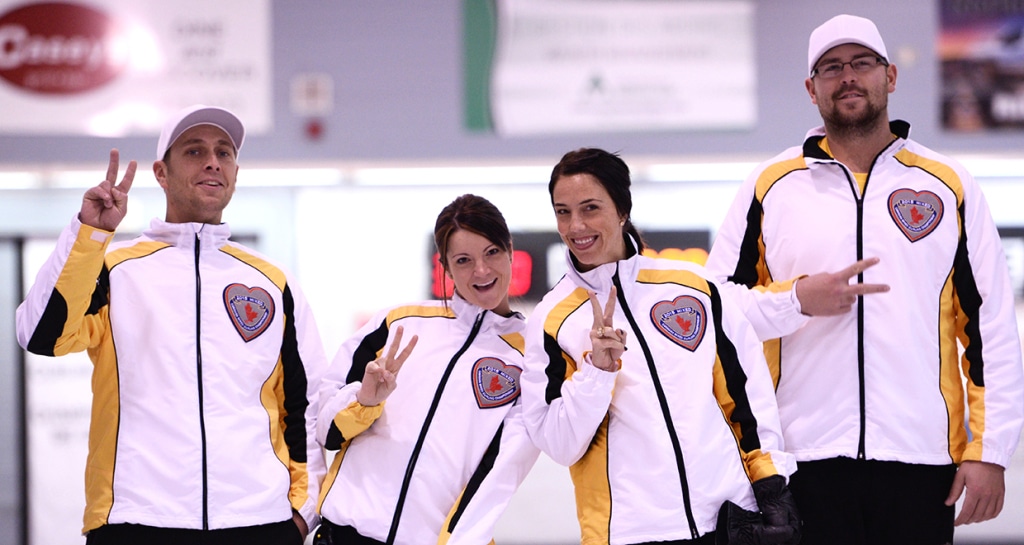 The Gimli CC team of Kerri Einarson, Kyle Einarson and Jennifer Clark-Rouire opened the 2015 Mixed with two straight losses to NWT’s Jamie Koe and Québec’s Tom Wharry. Kolomaya has rebounded nicely from the poor start, reeling off five straight wins including this morning’s 6-3 win over Brent MacDougall of Nova Scotia highlighted by a terrific double takeout in the second end to score three points. Manitoba has a Championship Round record of 2-2 while Nova Scotia drops to 1-3. This morning’s other main event game had Saskatchewan’s Max Kirkpatrick stop his losing streak of two games with a convincing 8-3 win over Québec’s Tom Wharry. The Montréal Glenmore skip opened with a count of two in the first end only to have the Swift Current team rebound with four points over the next three ends, including a steal of two in the fourth end, when Wharry missed a draw to the button. A score of four points in the sixth end moved Québec to concede. Saskatchewan is now 3-1 in the Championship Round, tied for wins with Ontario who is undefeated. Québec is 1-3. 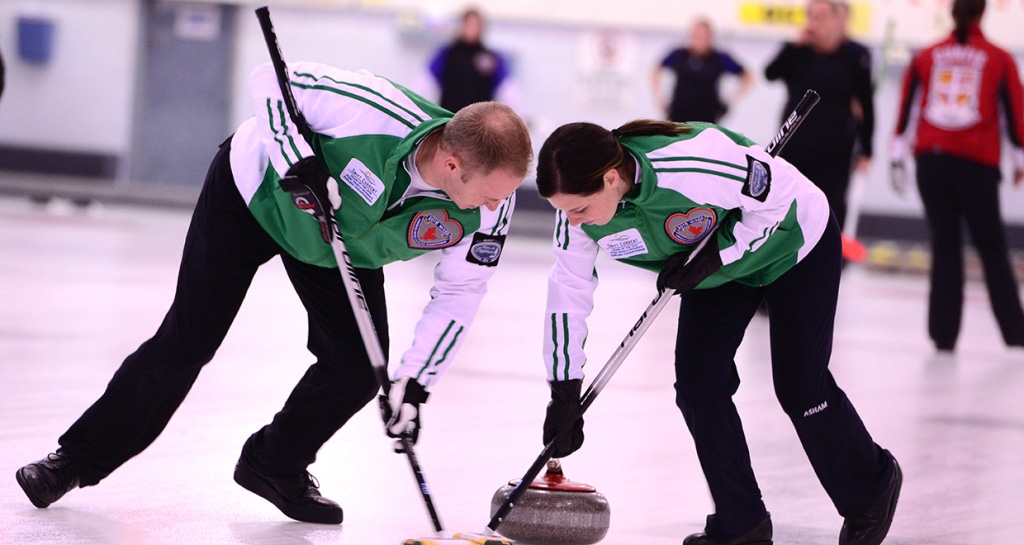 In this Championship Round, teams only carry over the win/loss record from the preliminary round pool games with the other three teams that moved on to the Championship round with them. The four teams from each pool will now cross over, playing each other for a total of seven games counting towards qualifying for Saturday’s semifinal. The final game on the ice featured the first game of the Seeding Round. The bottom three teams in each pool advanced to this Pool, where they will compete against the three teams from the opposite pool. The teams carry forward their full win-loss record from all the games played. This will determine seedings for the 2016 Canadian Mixed in Toronto. New Brunswick’s Scott Jones ended a streak of five losses, buoyed by a steal of three points in the sixth end, stopping PEI’s Jamie Newson 6-3. Jones’s record improves to 2-5 while PEI is 3-4. At the conclusion of the championship round on Friday, two semifinals will take place on Saturday morning at 9:30 a.m. ET, pitting 1 vs 4 and 2 vs 3. The two winners then advance to the final Saturday afternoon at 2:30 p.m. while the two losing teams meet in the bronze-medal game at the same time. In addition, all games throughout the competition are now eight (not 10) ends. Also, no tiebreaker games will be played at the conclusion of either round. Instead, any ties for position will be determined by accumulated pre-game Last-Shot-Draw results. The winning team will represent Canada at the 2015 World Mixed Curling Championship, Sept. 12-19 at a site to be announced by the World Curling Federation. For media requests during the event, contact Danny Lamoureux on site at (613) 878-3682 or [email protected] For event, team and draw information, visit www.curling.ca/2015mixed-en. Click here for a downloadable copy of the rosters. Draw scores/results will be immediately available on the Canadian Curling Association’s website, www.curling.ca. Up-to-date standings can be found here: 2015 Mixed Curling Standings Photos from the 2015 Canadian Mixed Curling Championship can be found here (Brian Doherty Photography).