Ontario’s Bowie Abbis-Mills and Tess Bobbie are through to the quarter-finals of the 2015 Mixed Doubles Curling Trials at the Ottawa Hunt & Golf Club after completing the round robin undefeated with a 7-0 record. 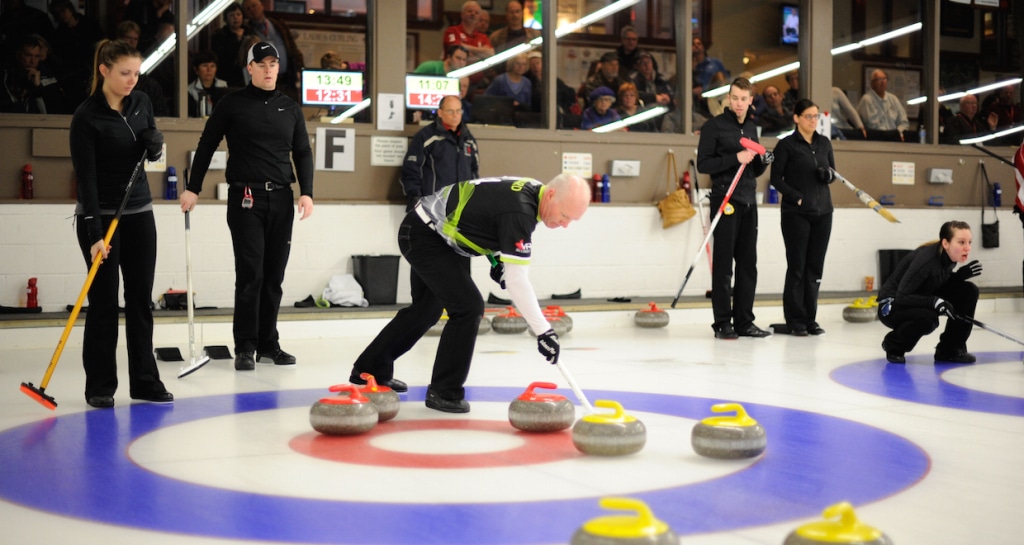 Also with a bye to the quarter-finals are Kalynn Park and Charley Thomas. The Alberta duo lost only one game during the round robin – to Ontario’s Wayne and Kimberley Tuck, the same team that defeated them in last year’s championship final. The top finishers in the other two pools are also through to Sunday’s quarter-finals: Janet and Hugh Murphy (ON), who got on a winning roll after losing their first two games, and Lynn Kreviazuk and David Mathers (ON), who finished with a 6-1 record. On Saturday evening, the next eight top round robin finishers played off to determine who would move on to the quarter-finals against the bye teams on Sunday morning. Glenn and Carly Howard (ON) stole three ends on their way to 8-4 win over the young B.C. team of Tyler Tardi and Dezaray Hawes. The Howards now play Abbis-Mills and Bobbie in the quarters on Sunday morning at 9:30 a.m. In other quarter-final games, Park and Thomas will meet Ontario’s Patrick Janssen and Clancy Grandy, who defeated Alberta’s Matt and Brigitte Yeo, 6-5; Murphy and Murphy face Brad and Casey Kidd (ON), who won 7-4 over Adam Casey (PEI) and Marie Christianson (NS); and Kreviazuk and Mathers take on Katie Forward and Chris Jeffrey (NB), who earned their spot in the quarters by defeating Scott Brandon and Katelyn Wasylkiw (ON). Semifinals take place at 1:30 p.m. EDT, with the final at 5:30 p.m. EDT. The winning team will represent Canada at the 2015 World Mixed Doubles Championship, April 18-25 in Sochi, Russia, at the same Ice Cube Curling Center that played host to the 2014 Winter OIympic and Paralympic curling competitions. The 32 teams are divided into four pools of eight teams competing in individual round robins. Twelve teams will advance to the playoff rounds, with the finals on Sunday, March 15 at 5:30 p.m. ET. The championship team will advance to the World Mixed Doubles in Sochi Russia, being held April 18-25. For the full list of competitors, click here. And for the full schedule, click here. To check the scoreboard, click here.