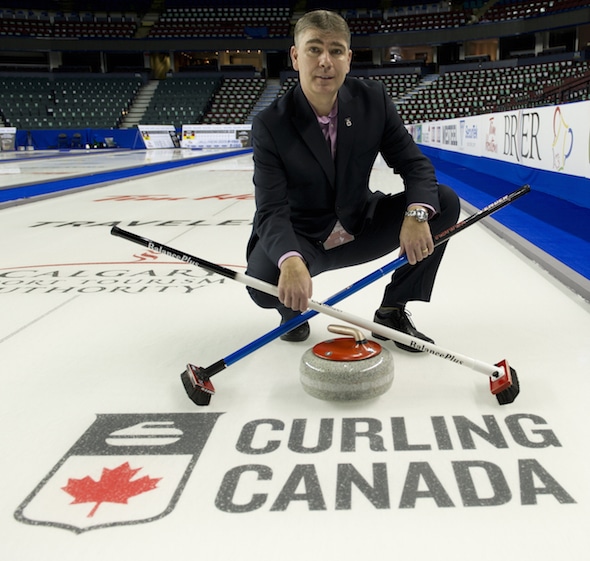 Greg Stremlaw, who departed as Chief Executive Officer of Curling Canada after eight successful years with the organization, was announced on Friday as the new head of CBC Sports. “It is a privilege and an honour to be joining such a world-class team and an organization synonymous with broadcasting excellence,” said Stremlaw in a CBC news release. “I am very proud to be a part of CBC Sports and look forward to helping to continue CBC’s tradition of exceptional sport coverage for Canadians.” Stremlaw joined Curling Canada in 2007, and contributed significantly to putting the organization in a sound financial position. Under his watch, Canadian curling teams shone on the world stage — most notably, a sweep of the Olympic men’s and women’s, as well as Paralympic, curling gold medals in 2014 in Sochi, Russia. Canada has finished the past two seasons ranked first in the world in men’s, women’s and Paralympic curling. “We’re excited to hear the news of Greg’s appointment at CBC, and we know he will do great things there,” said Pat Ray, Curling Canada’s acting CEO. “His contributions to curling in Canada won’t soon be forgotten, and we’re looking forward to seeing what he can accomplish in this venture.” The search for a new CEO for Curling Canada is ongoing. For more on Stremlaw’s appointment, go to: www.cbc.ca/mediacentre/greg-stremlaw-appointed-cbcs-head-of-sports.html