Travelers Finals set: A rematch for Women’s, and history for Men’s

For the first time in the event’s history, Newfoundland and Labrador or Manitoba will be crowned men’s champions at the Travelers Canadian Curling Club Championship. On the women’s side, it’s a rematch of last year’s final, as Ontario will seek its third title and Prince Edward Island its first. Andrew Symonds’s rink out of the Re/Max Centre in St. John’s gained control of the semifinal men’s game against Quebec with a big two points in the seventh end. His draw to the four-foot put his team up 6-3. “I felt pretty good about it. It was pretty much the same line as my first one and it felt good after my miss in the fourth,” Symonds said, referring to a draw for two points three ends earlier, which came up light. Quebec’s Stephane Lamy’s rink from Laval played a consistent game but struggled to generate more than two points against Newfoundland and Labrador. “We dropped our last round robin game to Saskatchewan, which maybe made us a bit more hungry tonight so our boys weren’t missing much tonight,” Symonds added. Newfoundland and Labrador will play Manitoba, another province that will be looking for its first Travelers Canadian Curling Club Men’s Championship. 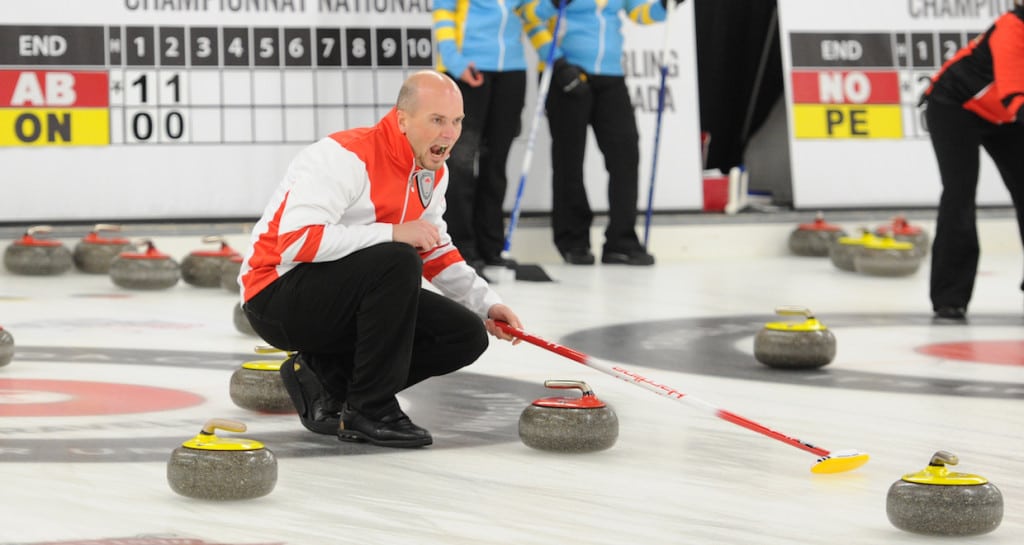 Tyler Drews’s rink out Winnipeg ran Team Nova Scotia out of rocks in the eighth end to reach their first-ever national final. In women’s play, Team Ontario stole a deuce in the seventh end which was enough to get past Alberta and move into Saturday morning’s women’s final. Tina Mazerolle’s Guelph rink will look to win back-to-back titles for the host province after their 7-3 win over Alberta. Prince Edward Island gave up two points to Northern Ontario in the first end of the other women’s semifinal. However, the Cornwall, P.E.I., rink never looked back, getting steals in the fourth, fifth, sixth and seventh ends. 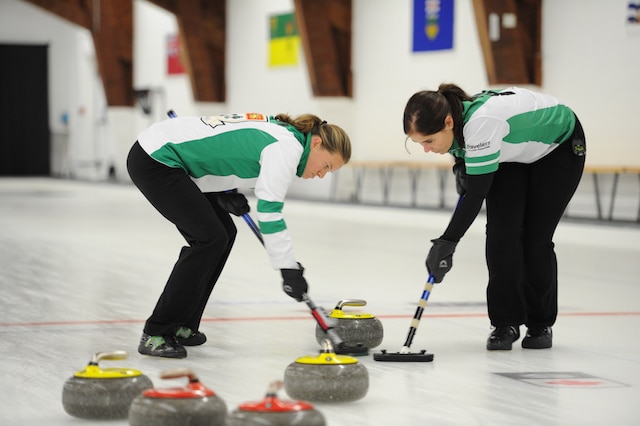 The 6-2 win for P.E.I. assures fans at the Ottawa Hunt and Golf Club that they will be treated to a rematch of last year’s women’s final. “Our plan will be to just keep it simple in the final as we did again tonight,” P.E.I. Skip Lisa Jackson said with a smile. The two finals are scheduled for Saturday at 10 a.m. ET. Bronze medals games will also take place on Saturday morning at 10 a.m. Scores and standings from the event will be available at www.curling.ca/scoreboard/. For draw times, team lineups and other event info, go to: www.curling.ca/2015travelers/