The five newest members of the Canadian Curling Hall of Fame include two Paralympic gold-medallists, a world-renowned coach, a respected journalist and a record-setting curler/builder. 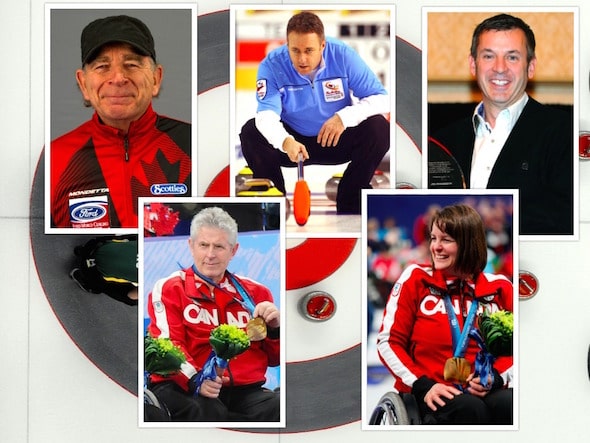 Ina Forrest, Darryl Neighbour, Earle Morris, Bob Weeks and Pierre Charette will be formally inducted into the Canadian Curling Hall of Fame at the Hall of Fame banquet during Tim Hortons Brier week in Ottawa.

“All five of our 2016 inductees have made huge contributions to the sport of curling, on and off the ice, and their achievements deserve to be recognized,” said Scott Comfort, Chair of Curling Canada’s Awards and Hall of Fame Committee. “As always, the challenge for the committee is making the tough decision with so many worthy nominees, but I feel like this year’s group made our decision easier based on their amazing accomplishments.”

The banquet is set for Wednesday, March 9, at the Westin Ottawa. Tickets are available at https://www.eventbrite.ca/e/2016-curling-canada-hall-of-fame-and-awards-night-tickets-20929081446

Also during Tim Hortons Brier week, the winner of the 2014-15 Curling Canada Volunteer of the Year award will be honoured: Louis Tanguay of the Winkler Curling Club in Manitoba.

Here’s a closer look at the five newest Canadian Curling Hall of Fame members and the 2014-15 Curling Canada Volunteer of the Year.

Pierre Charette of Gatineau, Que., is one of the most accomplished players in Quebec curling history, and has devoted countless hours to building the sport, not only in his home province but across the country.

“It was an unexpected phone call to receive,” said Charette. “It made me go way back in my memories to when I started playing this wonderful sport. I’ve had the privilege to meet some amazing people in curling, and I’m really humbled and honoured by this.”

Off the ice, he has played an integral role in the development of the Grand Slam series of events. He is a former president of the World Curling Players Association, and now manages the Grand Slam events from coast to coast.

A native of Spallumcheen, B.C., Forrest is one of the world’s most decorated wheelchair curlers.

Since taking up wheelchair curling in 2004, Forrest has won three World Wheelchair Curling Championship gold medals and two Winter Paralympics Games gold medals, and been a valued member of Team Canada since 2007.

“It was a surprise to receive the call,” said Forrest. “I was on my way home from our last training camp before going to the World Championship when Curling Canada called, and my first thought was I better play well at Worlds to be deserving of this! So, I am surprised and delighted to be considered, and also appreciative that I have had amazing teammates. I am but one part of a very collaborative curling effort.”

Forrest will be attending her eighth consecutive World Wheelchair Championship, beginning Feb. 21 in Lucerne, Switzerland. She was an alternate for Team Canada in 2007, and has been in the lineup ever since, winning world gold medals in 2009, 2011 and 2013.

Additionally, she helped Canada claim Paralympic gold in 2010 at Vancouver and 2014 at Sochi, Russia.

Earle Morris has devoted his adult life to sport of curling, impacting the game in a number of different areas of play, coaching and national performance programming.

“Wow! What an honour!” said Morris, who’ll be coaching Team Canada (featuring his son John Morris at third) at the Tim Hortons Brier in his hometown of Ottawa. “I am humbled and proud to be selected. I have been in love with the sport and the people of curling forever, so it is amazing to be chosen for doing something I enjoy so much!”

His curling career was highlighted by his history-making achievement as the first man to represent three different provinces at the Brier: Manitoba in 1980, Quebec in 1982 and Ontario in 1985, a feat now matched by his son and Ryan Fry.

Morris spends much of his time working with adults and youth at the recreation level, including being a major influence on Curling Canada’s Adult Learn To Curl programme, which is changing the look and feel of curling clubs across the country. His concept to replace the traditional one-day fall course with this new programme, and the creation of a curriculum to train the trainers in Canadian curling centres, has been a game changer for curling.

Additionally, Earle was the General Manager of the Canadian Curling Association from 1987 to 1989.

Darryl Neighbour of Richmond, B.C., proved last spring that age is no barrier in the pursuit of athletic excellence.

At the age of 66 (he turned 67 last July), Neighbour added to what had already been a brilliant career by winning his third Canadian Wheelchair Curling Championship. He was the vice-skip for Team B.C., skipped by Gerry Austgarden.

That title, combined with his stellar success on the world stage with Team Canada, earned him the call from Curling Canada to join the Canadian Curling Hall of Fame.

“It was a total surprise, and then a shock,” said Neighbour. “It was the same way I felt when we won the gold medal in 2010 (at the Vancouver Paralympics). Ironically, I was curling a league game at the Olympic venue when I got the call, so it was only fitting.”

Neighbour and Forrest were teammates on the 2010 Paralympic gold-medal team, as well as on the 2009 and 2011 world championship Canadian teams.

Bob Weeks has spent most of his journalism career chronicling the sport of curling, and is one of the most respected and wide-read curling journalists on the planet.

“I’m extremely humbled to receive this honour,” said Weeks. “To be able to join so many greats of the game — including other curling writers and broadcasters such as Bill Good, Jack Matheson, Jack Wells and Vic Rauter — is a huge thrill.”

In addition to his newspaper and television work, Weeks has authored four books about curling — The Brier: A History of Canada’s Most Celebrated Curling Championship; Curling For Dummies; Hurry Hard: The Russ Howard Story (co-authored with Russ Howard); and Curling, Etcetera.

He spent more than 25 years as the curling columnist for the Globe and Mail, and also was editor of the Ontario Curling Report for 30 years.

Weeks, a Toronto native, currently is working as a curling reporter/analyst for TSN.

A three-time winner of the Scotty Harper Award for curling journalism, Weeks was made an Honourary Life Member of the Ontario Curling Association in 2009.

Louis Tanguay, Volunteer of the Year

Louis Tanguay worked tirelessly on behalf of his hometown, and his hometown curling centre, during the 2014-15 season to make the 2015 Manitoba Scotties provincial women’s championship in Winkler, Man., an off-the-charts success. 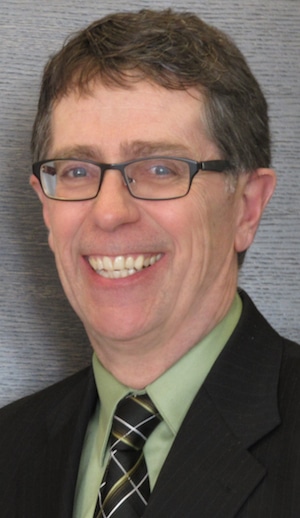 Volunteer of the Year Louis Tanguay

As the event’s co-chair, the longtime community booster helped oversee an event that produce a profit in excess of $100,000 and generated sellout crowds.

In addition to being an avid curler himself, he has served the Winkler Curling Club as president, past-president and secretary, in addition to volunteering his time in ice preparation, year-end clean-up, fundraising and bartending.

“If it weren’t for awards such as this, people like Louis, who pour their heart and soul into the sport of curling, wouldn’t be recognized for their efforts, which is why we take such delight in this annual honour,” said Comfort. “Volunteers are the foundation that keep our sport alive. They are selfless and dedicated, and without them, curling would not have such a spirit of fellowship and giving.”