OTTAWA – It will be a rematch between James Murphy of Nova Scotia and Jamie Koe of Northwest Territories Saturday to determine which team advances into the main draw of the Tim Hortons Brier. 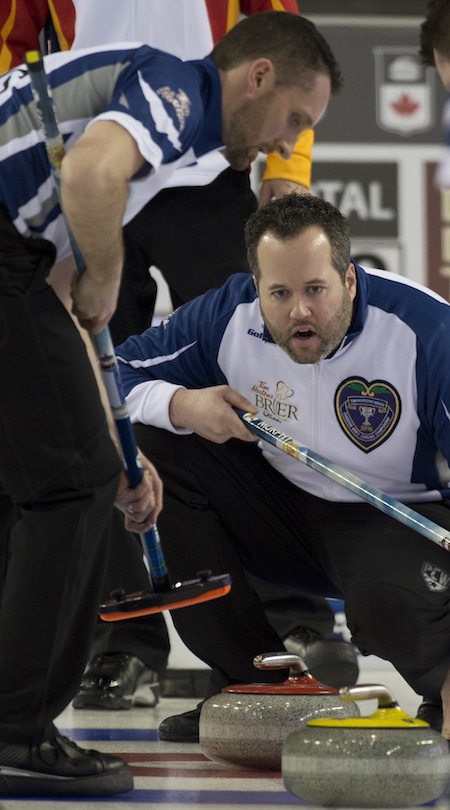 Both teams won their final games of the pre-qualifying round-robin Friday evening to set up the rematch, set for Saturday at 2:30 p.m., coinciding with the first draw of the main round-robin of the Canadian men’s curling championship. Koe (3-0; Yellowknife) and his team of third Chris Schille, second Brad Chorostkowski and lead Robert Borden scored two in the sixth, thanks to a lovely Chorostkowski freeze, and stole one in the ninth end to get past Bob Smallwood of the Yukon (1-2; Whitehorse) 7-5. “We were trying to score something in the even ends,” Schille said of the sixth end. “We had our guard go into the rings so then we were trying to freeze, make them blast, at worst get a blank and we got lucky. “It really switched it around for us because we were kind of struggling, missing some spots and struggling with a couple of rocks. Mentally a little down and out of it. So that one turned us around.” Murphy, third Jordan Pinder, second Scott Saccary, lead Phil Crowell, alternate Alan Darragh and coach Bruce Lohnes (2-1; Halifax) had a much easier time of it, rolling past Wade Kingdon of Nunavut (0-3; Iqaluit) 16-2, a win that assure them a spot in the sudden-death play-in game. “That was kind of our first goal at the beginning of the week, to get into Saturday,” Murphy said. “So mission accomplished, I guess, for the first part. Looking forward to another game.” Koe beat Murphy 6-5 Friday morning, when Murphy said his team “came out a little flat, so we`re looking forward to tomorrow.” Schille, a former Tim Hortons Brier silver-medallist playing with Newfoundland-Labrador’s Brad Gushue, said his team also is looking forward to the rematch. 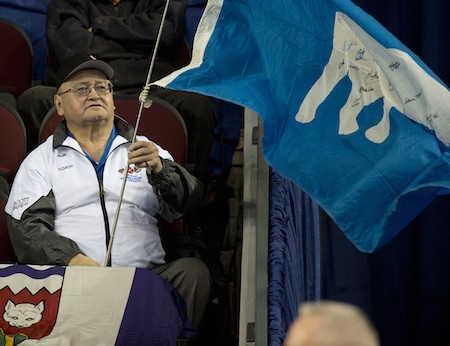 “We had a good one this morning with those guys. We had a few good breaks in that game, it could have gone either way. So we’re looking forward to it.” Murphy scored four in the first end against Nunavut – the second time in three games the newcomers from the north, in their first Tim Hortons Brier, have given up four in the opening end. Nova Scotia stole one in the second, four in the third and two in the fourth en route to their lopsided win that put them into Saturday’s play-in game. “It`s a little bit tough,” he said of the game. “Those are super nice guys to play against. At the end of the day we were just trying to execute our shots as well as we could.” Koe and his Territories team had a tougher time of it against the Yukon. They traded deuces in the second and third ends, singles in the fourth and fifth and Koe got a huge pair in sixth to pull ahead for the first time, 5-4. There’s also a draw Saturday at 7:30 p.m. For ticket and other event information, visit https:// https://www.curling.ca/2016brier/tickets/ For the complete schedule, go to https://www.curling.ca/2016brier/draw/ This story will be posted in French as soon as possible at https://www.curling.ca/2016brier/?lang=fr TSN (RDS2 in French), the exclusive television network for Curling Canada’s Season of Champions, will provide complete coverage of the 2016 Tim Hortons Brier