Leaders starting to emerge at Seniors Championships in Digby

After two days of competition, some familiar names are taking over the top of the standings at the 2016 Everest Canadian Senior Men’s and Women’s Curling Championships in Digby, N.S. 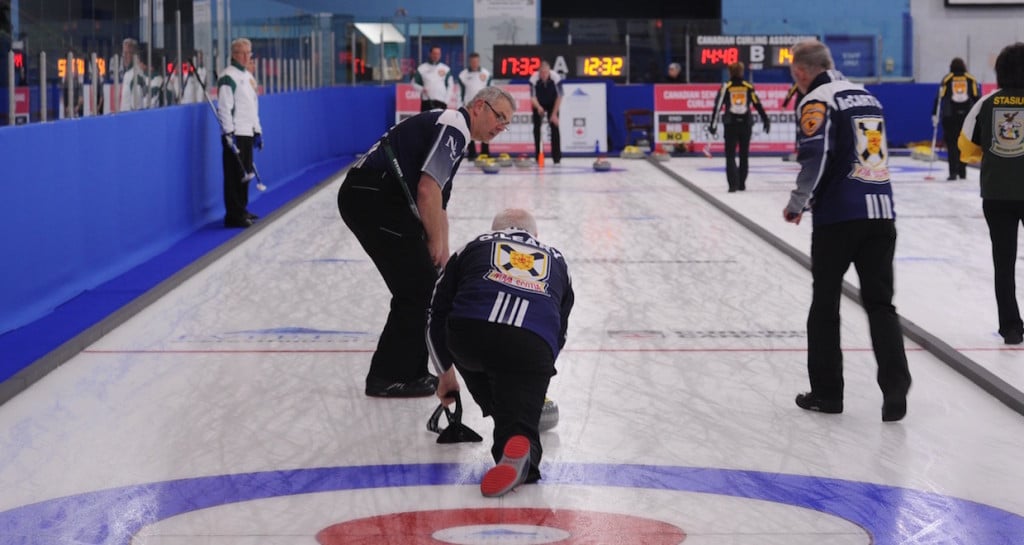 On the men’s side, Alberta’s Ed Lukowich, Ontario’s Bryan Cochrane – both of whom have appeared at past Canadian men’s championships – and the local favourite, 2014 Canadian senior champion Alan O’Leary of Nova Scotia, remain undefeated with 4-0 records. In women’s pool play, Saskatchewan’s Sherry Anderson, Alberta’s Cathy King and Newfoundland/Labrador’s Cathy Cunningham are the only undefeated teams, with Ontario’s Jo-Ann Rizzo and Nova Scotia’s Colleen Jones close behind with one loss apiece. All are familiar names to Canadian curling fans from their appearances at past Scotties Tournament of Hearts. In Men’s Pool A games on Tuesday evening, Lukowich had his hands full against Northwest Territories’ Glen Hudy. Tied at three after five ends, Lukowich broke the game open with a steal of four in the fifth end and another steal in six on the way to an 8-3 win. Top seed Randy Neufeld of Manitoba and his La Salle Curling Club team of Dean Moxham, Peter Nicholls and Dale Michie came up short against Ontario’s Cochrane on Tuesday afternoon, losing 8-3 and dropping to 2-2 in the standings, tied with Saskatchewan’s Brad Heidt. In Men’s Pool B, O’Leary with his team of Andrew Dauphinee, Danny Christianson and Harold McCarthy continued to roll over the opposition, scoring wins over Quebec’s Guy Charette and Newfoundland/Labrador’s Jeff Thomas. In Women’s Pool A, New Brunswick’s Heidi Hanlon and Quebec’s Catherine Derick continue to stay in touch with the leaders. Hanlon wrapped up Tuesday’s action with a 9-0 win over Yukon’s Leslie Grant and now has a 2-2 record, tied with Derick, behind King and Anderson. In Women’s Pool B, Cunningham kept up her winning pace with two lopsided wins on Tuesday – 7-2 over BC’s Diane Foster, and 10-0 over Nunavut’s Robin Manoll. After one loss on Monday, Jones bounced back with a 5-1 win over Rizzo and a 7-4 win over Manitoba’s Sandra Cowling. Rizzo and Jones sit in second place behind Cunningham with 3-1 records. The round robin continues on Wednesday with draws at 9 a.m., 12:30 p.m., 4 p.m. and 7:30 p.m. (all Atlantic time). 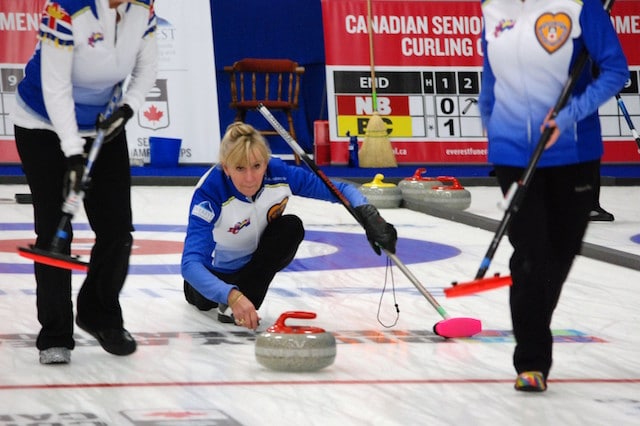 The top four in each pool then advance to the Championship Pool for games against teams from the other pool, while the bottom three in each go to the Seeding Pool. At the conclusion of the Championship Pool on Friday, the semifinals will be held Saturday morning, April 2 at 9:30 a.m. AT, pairing 1 vs 4 and 2 vs 3. The winners then advance to their respective gold-medal finals at 3 p.m. while the losers meet in bronze-medal games at the same time. Selected games will be broadcast online; check the event website, www.curling.ca/2016seniors/, for further details and broadcast times. Live draw results for the 2016 Canadian Seniors will be available at www.curling.ca. For event information, visit www.curling.ca/2016seniors. This is the second year of title sponsorship by Everest, the first nationwide funeral planning and concierge service.