Saskatchewan’s Sherry Anderson, Ontario’s Bryan Cochrane and Nova Scotia’s Alan O’Leary will enter the Championship Pool of the 2016 Everest Canadian Senior Curling Championships as the only undefeated teams heading into the playoffs. 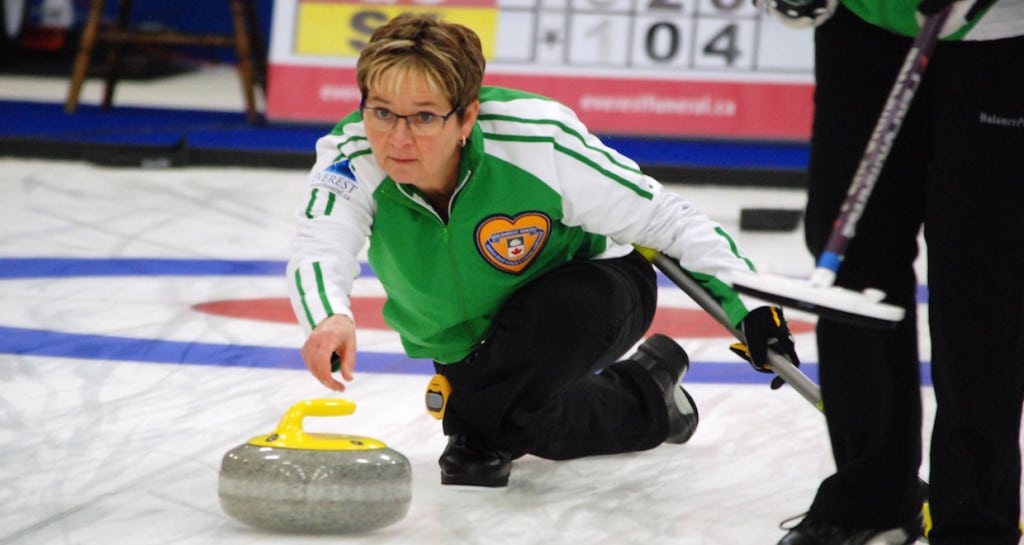 Anderson stole a single in the final end to win a close 6-5 battle over Alberta’s Cathy King, the 2012 Canadian and World Seniors champion. In Men’s Pool A, Cochrane scored three points in the sixth end and stole another in the seventh for a 7-3 win over Saskatchewan’s Brad Heidt. And in Men’s Pool B, O’Leary took control early against British Columbia’s Bob Ursel, scoring four points in the first end and stealing two more ends for an 8-5 win. Anderson and her Saskatoon foursome of Patty Hersikorn, Brenda Goertzen and Anita Silvernagle finish at the top of Women’s Pool A and will now move on to the Championship Pool along with King, New Brunswick’s Heidi Hanlon and Quebec’s Catherine Derick. Leslie Grant (Yukon), Peggy Taylor (Northern Ontario) and Debbie Moss (Northwest Territories) will compete in the Seeding Pool to determine their seeding for next year’s championship. In Women’s Pool B, three teams – Cathy Cunningham (Newfoundland/Labrador), Colleen Jones (Nova Scotia) and Jo-Ann Rizzo (Ontario) – finish the round robin with 5-1 records and, along with Prince Edward Island’s Kim Dolan, move on to the Championship Pool for crossover games with the qualifying teams from Pool A. Manitoba’s Sandra Cowling, Diane Foster (B.C.) and Nunavut’s Robin Manoll move to the Seeding Pool. 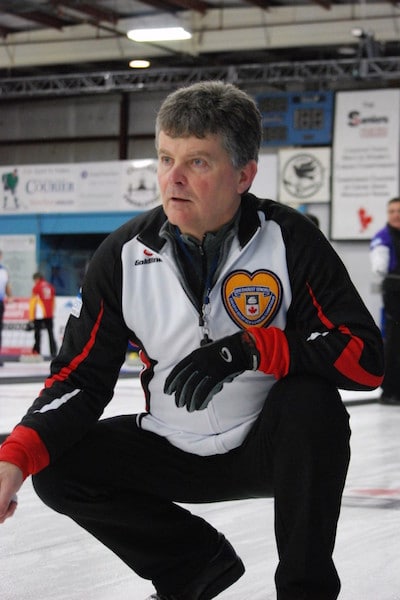 Bryan Cochrane of Ontario watches his rock during the final game of round robin play at the 2016 Everest Canadian Seniors Curling Championship in Digby, N.S. (Curling Canada/Mike Lewis photo)

On the men’s side, Cochrane (Ontario), Randy Neufeld (Manitoba), Ed Lukowich (the 1978 and 1986 Brier champion from Alberta) and Heidt (Saskatchewan) complete the round robin at the top of Men’s Pool A, and will join O’Leary (Nova Scotia), Ursel (B.C.), Jeff Thomas (Newfoundland/Labrador) and Rod MacDonald (Prince Edward Island) in the Championship Pool. Moving on to the Seeding Pool are Robbie Gordon (Northern Ontario), Walter Wallingham (Yukon) and Glen Hudy (Northwest Territories) from Pool A, and Richard Faguy (Quebec), Grant Odishaw (New Brunswick) and Ed Sattelberger (Nunavut) from Pool B. Neufeld, the defending champion, has faced some adversity this week. Third Dean Moxham had an emergency appendectomy just prior to the start of competition and has not been able to compete this week. Dale Brooks, who is coaching Sandra Cowling’s Manitoba foursome on the women’s side, has been able to join the roster when not on coaching duty. Neufeld and his team will represent Canada at the World Seniors Curling Championship in Karlstad, Sweden, in April. Competition Format There shall be 14 teams per gender competing in the 2016 Canadian Seniors Curling Championships representing the 14 Member Associations of Curling Canada under a new format: Games in the Championship and Seeding Pools take place on Wednesday with draws at 9 a.m., 12:30 p.m., 4 p.m. and 7:30 p.m. (all Atlantic time). Selected games will be broadcast online; check the event website, www.curling.ca/2016seniors/, for further details and broadcast times. Live draw results for the 2016 Canadian Seniors will be available at www.curling.ca. For event information, visit www.curling.ca/2016seniors.