The 2016 Canadian Mixed Doubles Championship kicked off on Thursday with 32 teams – including some very familiar names – vying for the chance to compete at the world championship in Karlstad, Sweden in April. National Mixed Doubles Coach Jim Waite is on site in Saskatoon, and he shares this report on the first day of action: The ice surface is perfect for Mixed Doubles here at the Nutana Curling Club. The swing is almost five feet to get to the button and the ice is fast….exactly what is needed for great shot-making in this discipline and the players have acknowledged the work of the host club. After three draws, there are a few teams working their way to the top of the leaderboard. 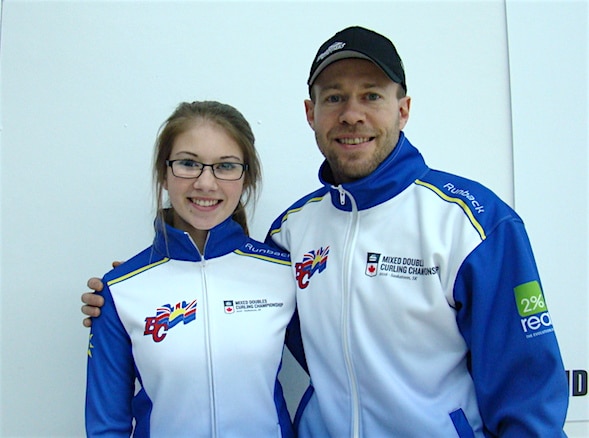 After two games, the pairings of Laura Crocker and Geoff Walker, Rachel Homan and Mark Nichols, Lisa Weagle and John Epping, and Jocelyn Peterman and Brett Gallant are leading the way at 2-0. Eight more teams are at 1-1 with a long way to go before playoffs are decided. Each of the four pools contains eight teams, meaning there are seven games to be played in order to complete the round robin portion of the event. There are three parent/child teams here at the Championships and two of them already have their first win. Jim Cotter and daughter Jaelyn from B.C. are 1-1 after two games, as are 2013 Canadian Champion Robert Desjardins and his daughter Emilie from Quebec. The other pairing of Donda Lee Deis and her son Ryan from here in Saskatchewan are still looking for their first win. 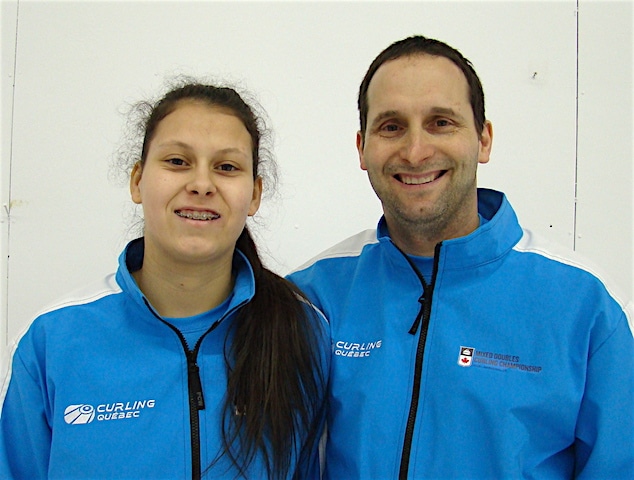 The 2015 Canadian Champions, Charley Thomas and Kalynn Park, won their first game but the 2014 winners, Kim and Wayne Tuck lost their game on a measure to Ontario Mixed Doubles champions, Mike Anderson and Danielle Inglis. There are six rounds scheduled for this first day of play. It is a grueling process playing three games each day for the first two days. Youth and fitness levels are a couple of factors that will come into play before this is all over. Find scoring and standings, here.   Go to the event website, www.curling.ca/2016mixeddoubles/, to access the streaming link.

The gold-medal game is scheduled for Sunday at 4 p.m.