The 2017 Canadian Mixed Curling Championship kicked off on Sunday evening at the Mariners Centre at Yarmouth, N.S. 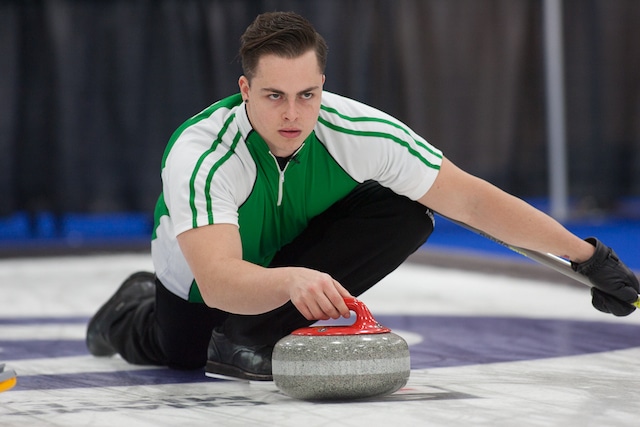 In one of the tightest games on the ice, Saskatchewan’s Brady Sharback stole a single in the seventh to take a 6-3 lead into the final end. Needing three to tie, Quebec skip Martin Ferland could only watch as a measurement on his last stone came up just short, giving Sharback the 6-5 win. In another nailbiter, Ontario’s Wayne Tuck, the 2009 runner-up at this event, fought off New Brunswick’s Charlie Sullivan in a close 3-2 battle. The only other games in the opening draw featured Northern Ontario’s Trevor Bonot defeating British Columbia’s Wes Craig 10-5, and Newfoundland and Labrador’s Adam Boland scoring four in the fourth end on the way to an 8-3 win over Yukon’s Robert Smallwood. Action continues on Monday with two draws (2:30 p.m. and 7 p.m., AT). For event, team and draw information, visit www.curling.ca/2017mixed. Draw scores/standings will be immediately available on Curling Canada’s website, www.curling.ca.