Although Rachel Homan and John Morris won this week’s Wall Grain Mixed Doubles Classic, but it was their four-player teammates who ended up taking home the big prize from Kimberley, B.C. 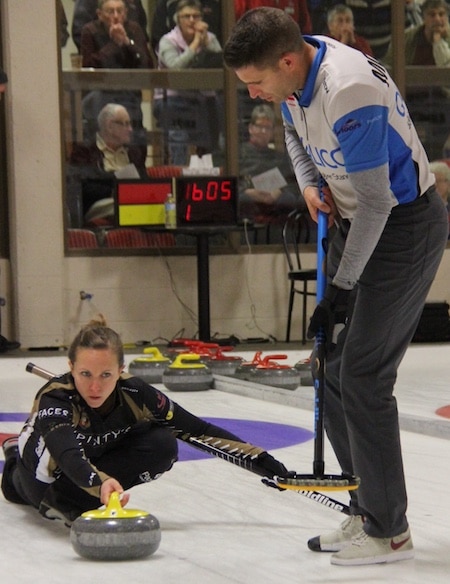 Homan’s longtime vice-skip Emma Miskew and Team Morris second Tyrel Griffith were runners-up to the Homan/Morris combo at the Wall Grain Classic, which wrapped up on Wednesday, but that was good enough to qualify for the Canadian Mixed Doubles Olympic Trials in January 2018.

Homan/Morris jumped out to an early lead taking three in the first, then stealing two in the second en route to a 7-1 triumph to cap three days of competition in Kimberley.

Normally, the Trials berth would go to the winner, but considering Homan and Morris had already earned their spot by virtue of winning the Canad Inns Mixed Doubles Classic last month in Portage la Prairie, Man., the second-place pair got the berth. The Trials (location TBA) will also feature the top three teams from the 2017 mixed doubles nationals, coming up later this season in Saskatoon.

In total, 18 teams will play down for the chance to represent Canada in PyeongChang, South Korea.  Now we know that Homan/Morris, Miskew/Griffith, and Marliese Kasner/Dustin Kalthoff (who represented Canada at the 2016 World Championship) will be in attendance. 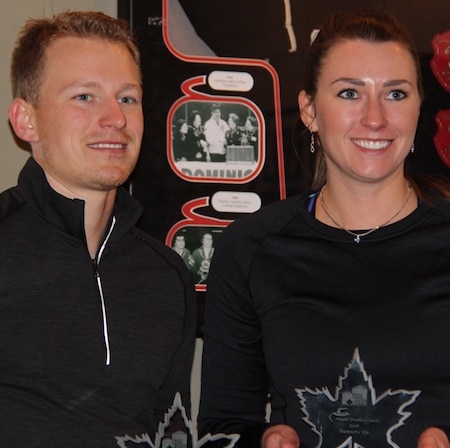 There will also be two more regional bonspiel qualifiers, and invites to the next 10 teams on the Canadian Mixed Doubles Rankings. The teams who win the Tim Hortons Roar of the Rings, and the right to represent Canada in four-player curling, will not be eligible to compete.

Of course, Canada still must qualify for the inaugural Olympic mixed doubles competition in order to make the first Canadian Mixed Doubles Trials a necessity. Only seven countries will join the host South Koreans at the curling venue in Gangneung, and they’ll be decided by the combined results of the 2016 and 2017 World Mixed Doubles Championships. Kasner/Kalthoff placed fifth at the 2016 Worlds in Sweden, and Canada would need a similar result or better at the 2017 Mixed Doubles Worlds, April 22-29 in Lethbridge, Alta., to clinch an Olympic berth.