Leaders starting to emerge at Seniors Championships in Fredericton

The standings are starting to take shape in both women’s and men’s pool play as the round robin continues at the Everest Canadian Seniors Curling Championships in Fredericton, N.B. British Columbia’s Lynne Noble remains the only undefeated team in the women’s round robin. Noble held on to defeat Prince Edward Island’s Shelley Ebbett 8-7 on Wednesday evening. Earlier in the day, she won a close 4-3 contest over local favourite New Brunswick’s Kathy Hicks. Ontario’s Jo-Ann Rizzo is close behind with a 4-1 record, followed by Mary Mattatall and her Nova Scotia foursome. 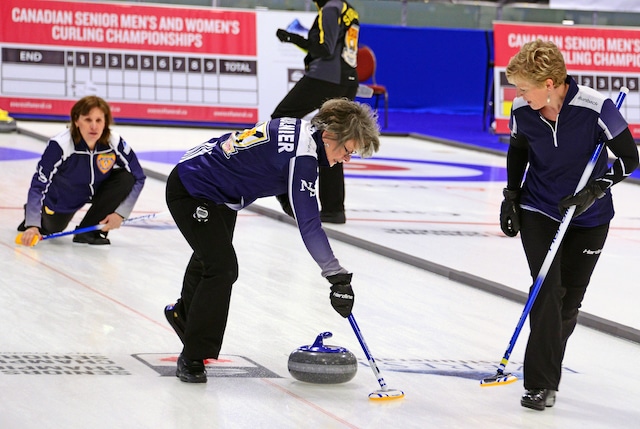 In Women’s Pool B, Manitoba’s Terry Ursel leads the pack with a 5-1 record, followed closely by Saskatchewan’s Sherry Anderson and Northern Ontario’s Peggy Taylor, both with 4-2 records. In Men’s action, Quebec’s Robert Maclean moved up in Pool A, taking over top spot after defeating Ontario’s Howard Rajala 5-2 and PEI’s Phil Gorveatt 6-3 on Wednesday. Yukon’s Pat Paslawski started the day still looking for his first win, and he found two – first holding Prince Edward Island’s Philip Gorveatt off the scoreboard and stealing five straight points in a 7-0 victory, and following that up with a 4-2 win over Nunavut’s Ed Sattleberger in the afternoon draw. 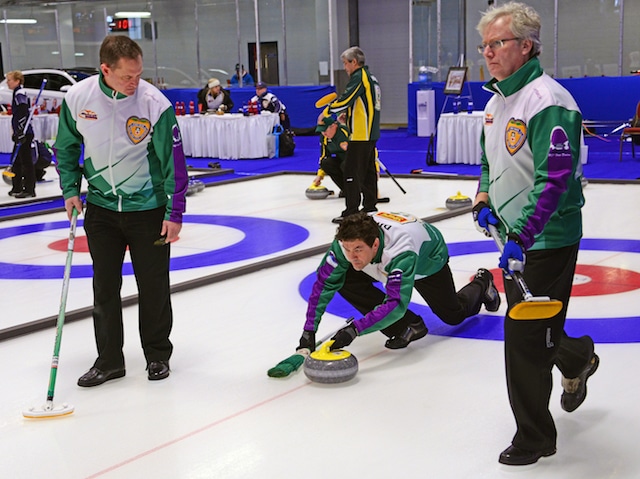 Sattleberger also notched his first win of the round robin, stealing a point in the seventh on the way to a 7-4 victory over Newfoundland and Labrador’s Mark Noseworthy. In Men’s Pool B, New Brunswick’s Terry Odishaw continues to lead with a 6-0 record. A logjam of teams follows right behind him with 3-3 records – Northern Ontario, Nova Scotia, Manitoba, Saskatchewan and Alberta. Northwest Territories’ Mel Sittichinli is still looking for his first win. The round robin continues on Thursday with draws at 8 a.m, 11:30 a.m., 3 p.m. and 6:30 p.m., all times EDT. Draw results for the 2017 Canadian Seniors will be available at www.curling.ca. For event information, visit https://www.curling.ca/2017seniors.