We just finished our first practice session here in Gangneung, but it still really hasn’t hit me yet that I’m at the Winter Olympics. 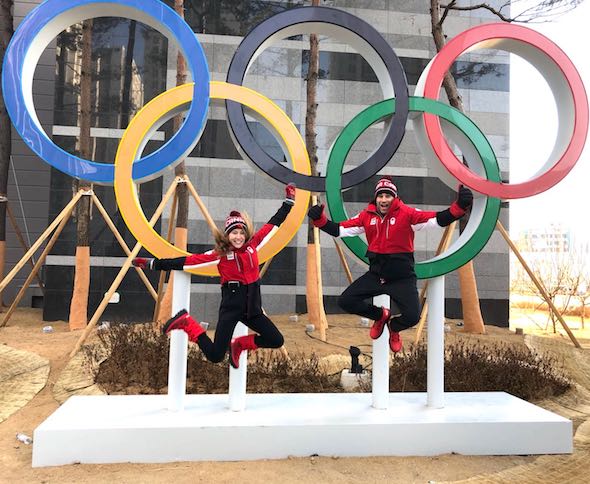 I haven’t had that moment yet, but I think it’s going to happen when the games actually start tomorrow. And I think the team sort of feels the same way. We’ve been in South Korea for almost a week now, and just in the last couple days, we’ve been like, OK, let’s get going. We can’t wait to get on that ice. So, that first march-out onto the ice, I think I’m going to be like, ‘This is really cool.’

As a player, I tried for a long time to play at the Winter Olympics. This is certainly something different, and something I never thought I’d do from this perspective. It brings in a whole new perspective, and it’s really exciting.

The first time you get here, you think, ‘Oh, I wish I could have done this as an athlete’; to have that chance to represent your country in such a huge event would have been fantastic and an honour. Having said that, now that I’m part of the support staff, I guess you’d call it, the experience has been fantastic. Just to put on the Team Canada gear, to step onto the Olympic ice with the Maple Leaf on your back, to help a team try to win a medal for the first time ever in mixed doubles, is really cool.

Being inside the Olympic bubble has been an eye-opener, for sure. Let’s be honest — we’re pretty spoiled as curlers in Canada because our sport is so big. Most players because of their success in the past, people know who you are. Here, you have security, checkpoints, and they don’t know anything about you.

But it’s really cool in the Olympic Village dining hall — all the different people you see with the Canadian colours, and you’re like, ‘I’ve seen all these people on TV, like Patrick Chan, Kaillie Humphries, the speed skaters — that puts a smile on your face and gets you really jacked up.

Kaitlyn and John had a really great practice; Hans Wuthrich (no doubt with a lot of help from his buddy Eric Montford) as usual, has done a wonderful job with the ice and the stones, and we love the conditions. The building looks absolutely terrific, and I know the fans will be in for a real treat when they see mixed doubles for the first time at the Olympics.

There’s no doubt I’m going to feel a sense of pride, too. There was a task assigned to get to this point, for Curling Canada and myself, to get a mixed doubles team here that we feel can get a medal. I think it will be very satisfying when the first game starts, and hopefully very satisfying by the end of the competition. 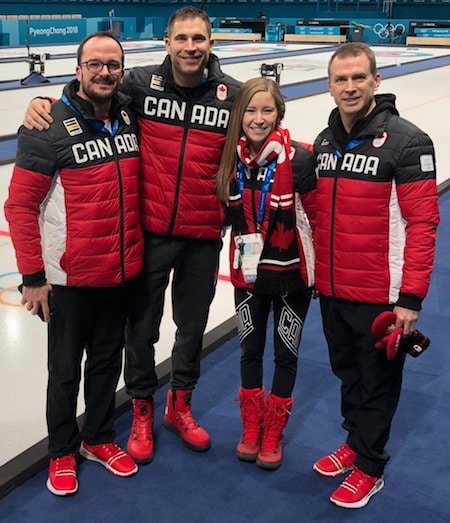